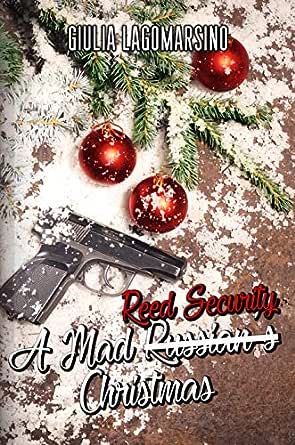 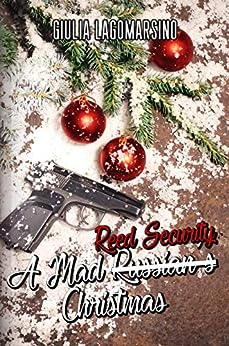 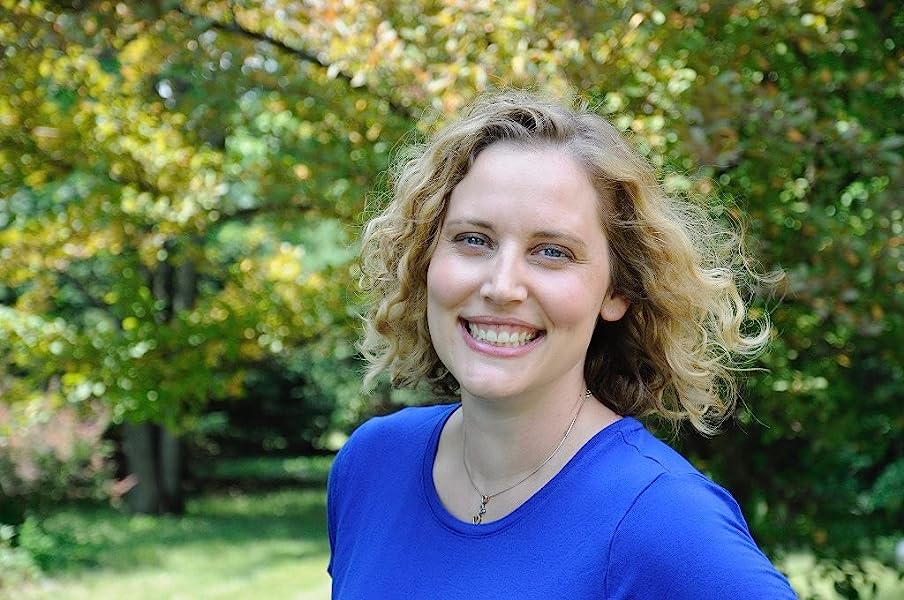 Twas the night before Christmas when all through the house
Not a creature was stirring, not even a mouse
Because Daddy set out traps to catch those f^@kers
The stockings were hung by the chimney with care
In hopes that grenades would soon be in there
The children were nestled, all snug in their beds
While visions of weapons danced in their heads
And Mama in her nightie and I in my boxers
Had just settled down for a fun night together
When out on the lawn there arose such a clatter
I sprang from my bed to grab my Sig Sauer
Away to the window I flew like a flash
Covered my junk and threw Mama her pants...


“What are we all doing here, Cap?” Sinner asked. “I thought we didn’t have any jobs.”
“We’re here because Hunter and Derek were attacked when they went out of town for Thanksgiving. We don’t know for sure who it was-”
“But you’re pretty sure it was Victor Adams,” Coop concluded.
I nodded, looking around at the anger on the men and women’s faces. We just couldn’t catch a break. “It’s the only threat that we know about.”
“What’s the plan?” Ice asked.
“That’s up to Chance,” I replied. “You plan to get married out of town, where we don’t have every available resource. But I won’t tell you that we can’t do it. Inevitably, it’s up to you.”
“That’s insane,” Alec spat. “We know this guy is coming for us and we’re going to leave ourselves in the open?”
“Or we use it as an opportunity to draw him out,” Chris suggested.
“You want to start a battle at my wedding?” Chance asked.
“Maybe we should-”
“I like it,” Chance grinned. “I mean, if you tell Morgan I said that, I’ll deny the hell out of it. But that sounds like a very…eventful wedding.”
“You can’t be serious,” I said in shock.
“Why not?” Chance shrugged with a little grin. “I mean, Coop’s been in hiding for how long now? I’m sure Cazzo’s ready to put his father-in-law in the ground, and it gives all of us a chance to have a little fun.”
“Hell yeah,” Cazzo grunted.
“You guys are certifiable,” I said in exasperation. “Do you have any idea what kind of planning is required to pull that off?”
“Cap,” Derek grinned, “isn’t that what we’re trained to do?”
“Well, yeah, but this is at someone’s wedding. Our wives will be there. Some of them are pregnant. Do you really want to put them in that kind of danger? Not to mention our kids!”
“The pregnant ladies have to stay behind,” Sinner said.
“Right, I’ll let you tell Maggie that.”
“Maggie’s pregnant?” The shock in his voice matched the paleness of his skin. “Shit, Cap. Why can’t you just keep it in your pants for five f^@king minutes?”

Nean
TOP 100 REVIEWER
5.0 out of 5 stars Another great Reed Security read
21 December 2019
Format: Kindle Edition
Nothing like the whole Reed Security Team together for Christmas. Starts with a woman running for their lives, it’s never quite what it looks like.
All the members of Reed Security are in here and it makes for an interesting read as always. Morgan and Chance are getting married, but it can’t just be a simple wedding, they decide it’s the perfect place to start a war.
Babies, weddings, a turkey explosion, food stealing, and danger all put into one wrapped up Christmas Story with Reed Security is a must read. The only problem is you know it’s getting closer to the end of the series and you don’t want it to end.

Deb from Oz
TOP 50 REVIEWER
5.0 out of 5 stars A great addition to this series
21 December 2019
Format: Kindle Edition
I always love the guys and gals of reed security and the men and women they love They are all a little crazy make that a lot crazy and when you throw in the craziness that is the holiday season then things really go off with a bang in more ways than one.

This is a multi POV story with plenty of twists and turns and a whole lot of danger but what else is normal for the men and women of Reed Security. Throw in yet more hilarious moments and you have probably the best seasonal story out there

TraceyT
TOP 500 REVIEWER
5.0 out of 5 stars This is a great story . The perfect romance.
19 December 2019
Format: Kindle Edition
I have enjoyed every one of Ms Lagomarsino’s books.

Every book is original, well written, enjoyable, funny in places with many different twists and turns.

The Reed Security guys are as protective and crazy as ever and their women are just as crazy at times.

This is such a good series; I hope the books keep coming.

Tami Peckham
5.0 out of 5 stars Great read
30 December 2019 - Published on Amazon.com
Format: Kindle EditionVerified Purchase
5 Stars, what a great book. I totally enjoyed it. Big tough guys and the women that rule them, you will enjoy this book
Read more

The story has suspense, pain, and action.

This is A wedding and Christmas story. Lots of page turning action and adventure. As with all the Reed Security books you get tons of action and suspense. A wedding and holiday to celebrate but still nothing goes as planned. Can a wedding even happen or will all the craziness make it impossible?

I felt I was able to connect with the characters and the story was a great read. Very emotional story that will have several triggers for some. But all and all it was a great story.

I highly recommend this book.

Ashley Estep
5.0 out of 5 stars Let the Madness Begin!
20 December 2019 - Published on Amazon.com
Format: Kindle Edition
I'm dead! This book was absolutely hilarious, I laughed so hard! A Mad Reed Christmas is the perfect example of why the Reed Security series will never get old. Giulia Lagomarsino does amazing things with this series!

This book started with a bang, Maggie running for her life. Then you find out she's running from her husband who is trying to get her pregnant. I almost fell out of my chair laughing so hard. But she had me hooked from the first line to the last line.

I love all the different POVs she did in this book. I love each and everyone of these characters, so it's nice to get more of them. The Reed Security crew grow on you with each and every book in the series you read. They are a crazy family, but one I can't get enough of.

A Mad Reed Security Christmas is everything the title makes you think it is. If you have read the previous books, you know that nothing is ever quite like you think it should be. There is absolutely never a dull moment with this group. What is Christmas without gunfire, weddings, pregnancies, enemies?

I don't normally seek out holiday reads, but this one I did. I knew that Giulia Lagomarsino would not let me down and I was absolutely right! A Mad Reed Security was just what I needed after this week. If I could give more than 5 stars I would. I absolutely loved this book!
Read more
One person found this helpful

Jennifer Pierson: The Power of Three Readers
5.0 out of 5 stars #ASUSUALNEEDMOREIMMEDIATELY
21 December 2019 - Published on Amazon.com
Format: Kindle Edition
This year I've been reading quite a few Christmas romance books, and even really enjoying them (that's not normal for me), but trust me when I say, A Mad Reed Security Christmas is my absolute FAVORITE BAR NONE! First of all, I'm a HUGE fan of the Reed Security guys/girls, and the women/men who love them, so I'm over the moon since the brilliant & original, Giulia Lagomarsino penned this story which is told from many POVs. The holidays have NEVER been so entertaining, and it will take me at least a week before my stomach/sides stop hurting from laughing so much/hard, but since I was already rolling at the synopsis, I knew I was in trouble in the very best way! From grocery store shenanigans, to accidents with turkeys, and everything in between, this family made Clark Griswold look boring. And that's not even all of the story, as a bad guy from someone's past is plotting against Reed Security as a whole, so the f-bomb worthy twists are present & accounted for. Plus the bonus content, there's a feel good element that tugged on my heartstrings & had my eyes leaking as it hit me right in the feels. OH MY HELL I LOVE LOVE LOVE LOVE and yes, LOVE this series so much that I have no doubt that it will forever stay at the very top of my list, plus I'll come back to read it all over again throughout my lifetime. Now, trust me when I say this, you WANT to see how it all panned out, so just hit that one click button! HIGHLY HIGHLY HIGHLY RECOMMEND TO ALL!
Read more

Kathy Rouchelle for Cajun Heat Book Blog
5.0 out of 5 stars Wonderfully entertaining, amazingly hot
19 December 2019 - Published on Amazon.com
Format: Kindle Edition
I swear I didn't think these stories could get any better but then Giulia Lagomarsino comes out with this Christmas story like no other and let's just say, yes the action is heart-stopping, but it is this bunch that make this story, these books so fantastic! Ok..so it starts off with one of the wives running for her life from a deranged man, straight into her home, into her bedroom just in time to get her gun, but not fast enough to turn it on him properly. She screams for help, but he's on top of her...and well you know....Get ready to laugh your head off cause this is priceless!

But it's not all fun and games because there is a danger out there and this one is still out to get them. They make a plan...oh and you will not believe their plan. But hang on cause the wives are involved. Can this book get any better.

I love this series and I know it's coming to an end soon and I so wish it wouldn't because it's like having your favorite ole sweat shirt (or whatever clothing you prefer), it's comfortable and comforting and so enjoyable to have around you and to give that up would be sinful. Well this is this series, these characters. The author has created characters and stories that you can get behind, you fall into and want to be a part of. They are like your own crazy family and you love them dearly.

I cannot recommend this series highly enough and this book is a must read!
Read more
Go to Amazon.com to see all 33 reviews 4.9 out of 5 stars
Get FREE delivery with Amazon Prime
Prime members enjoy FREE Delivery and exclusive access to movies, TV shows, music, Kindle e-books, Twitch Prime, and more.
> Get Started
Back to top
Get to Know Us
Make Money with Us
Let Us Help You
And don't forget:
© 1996-2020, Amazon.com, Inc. or its affiliates