Macbeth and over 1.5 million other books are available for Amazon Kindle . Learn more
Share <Embed> 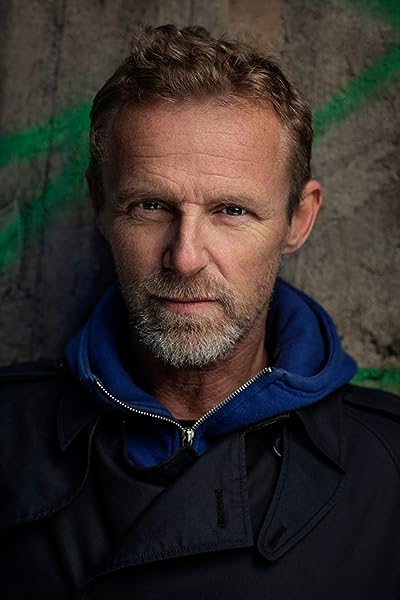 Page 1 of 1 Start overPage 1 of 1
Previous page
Next page
Start reading Macbeth on your Kindle in under a minute.

3.4 out of 5 stars
3.4 out of 5
816 global ratings
How are ratings calculated?
To calculate the overall star rating and percentage breakdown by star, we don’t use a simple average. Instead, our system considers things like how recent a review is and if the reviewer bought the item on Amazon. It also analyses reviews to verify trustworthiness.

Todd Simpson
TOP 500 REVIEWER
5.0 out of 5 stars Wow, what an amazing book
Reviewed in Australia on 5 April 2018
Verified Purchase
Wow, what an amazing book. Jo Nesbo is certainly a gifted storyteller. You can never tell where the story is going to take you, and that’s one of the exciting things about reading his books. ‘Macbeth’ is no exception, with quite a few surprises along the way. However, it’s not just the plot that I found entertaining, it was a great group of characters that made this book a fabulous read.
Inspector Macbeth lives in a town ruled by drugs and corruption, and the police have a constant battle on their hands. Not so for the police with their hands in the cookie jar, that are fully prepared to side with the criminal element, and there seems to be quite a few of them. Macbeth and his friend Inspector Duff really wanted to clean up the town and make it a safer place for everyone to live in. With the corrupt police commissioner gone, they may have a chance with Duncan being the new replacement. Easier said than done though, with two major drug players that had far too much control to be taken down anytime soon. A motorcycle gang called the Noose Riders were extremely dangerous, and they controlled part of the incoming drugs, along with ‘Hecate’ who controlled the rest. With Macbeth in charge of Swat, there doesn’t seem like much he can do, however with a girlfriend like ‘Lady’ he may just have a chance at making a difference. It just depends on how far he’s prepared to go. I’m so glad that I chose to read one of Jo Nesbo’s book back in 2012, and since then I’ve had so many hours of entertainment and enjoyment from each one of his books. ‘Macbeth’ is well worth a read. I loved it.

Maxine Lowry
3.0 out of 5 stars Far from his best?
Reviewed in Australia on 25 November 2018
Verified Purchase
I just didn’t enjoy this Nesbo offering and read on in the hope that it would improve. The plot was completely far fetched and displayed none of the clever plot development I had come to expect from Nesbo. The characters were completely unrealistic and showed little imagination (especially “Lady”). Obviously inspired by the bard himself but.....nothing like previous novels and I felt quite cheated.
Read more
Helpful
Report abuse

John Morgan
5.0 out of 5 stars Gripping noir thriller version of 'Macbeth'
Reviewed in Australia on 18 August 2020
Verified Purchase
Very good adaptation of Shakespeare's drama into the form of a modern noir thriller. Gripping struggle between the positive and the negative aspects of humanity, like the play.
Read more
Helpful
Report abuse

Smiley888
2.0 out of 5 stars Perhaps leave Shakespeare to Shakespeare
Reviewed in Australia on 6 June 2018
Verified Purchase
Yes, it's a nice idea, but really after the novelty wears off, paraphrasing Shakespeare's greatest tragedy in a modern context did not make for a great mystery story. Jo Nesbo is a very good writer, but Shakespeare is Shakespeare. Perhaps it's better to leave it to him to tell the tale - he usually gets it right.
Read more
Helpful
Report abuse

Toga
1.0 out of 5 stars Macbeth Fails
Reviewed in Australia on 15 April 2018
Verified Purchase
I have never missed any Nesbo books and have rated them highly
That is until the last two, but particularly this offering.
Very in Nesbo and weak in plot, “ what was the Plot”.
Disappointment would be a gross understatement.

Bernie Australia
2.0 out of 5 stars Disappointed
Reviewed in Australia on 25 May 2018
Verified Purchase
Jo Nesbo increasing writes about addiction and obsession. Reimagining Macbeth takes him further down this path and further from the great storyteller that his first ten or so novels attest to.
Read more
Helpful
Report abuse

Amazon Customer
2.0 out of 5 stars A bit senseless and made up
Reviewed in Australia on 18 April 2018
Verified Purchase
Fairly predictable with a ludicrous plot and of course the multitude of dead bodies. Very disappointed as I was looking forward to a good Nesbo
Read more
Helpful
Report abuse

Reader
1.0 out of 5 stars Poorly crafted
Reviewed in Australia on 2 June 2018
Verified Purchase
A bit sticky narrative. Flounders more often than not. Quick pick ups to bring some cadence to story most of them rather limp.
Read more
Helpful
Report abuse
See all reviews

R. Harris
3.0 out of 5 stars Big disappointment
Reviewed in the United Kingdom on 2 May 2018
Verified Purchase
Having read everything J Nesbo has published I have to reluctantly say that Macbeth is way below everything that has gone before. It seems as though it has been ghost written by somebody else just starting out. So looking forward to his latest offering but was glad to get to the end of it.
Read more
30 people found this helpful
Report abuse

Kay1
5.0 out of 5 stars A wonderful retelling.
Reviewed in the United Kingdom on 23 May 2018
Verified Purchase
This was one of my most anticipated books of 2018. I love Jo Nesbo and thought him an inspired choice for the retelling of Macbeth. This was a wonderful reworking. Intelligent and loyal to the plot and atmosphere of the original but with all the contemporary elements of a world fuelled by crime, the drug trade and police corruption. As psychologically complex as Shakespeare's original script and with the subtle use of metaphor and intertextuality, chilling dialogue and world building, this was beautifully, and at times poetically told and was as perfectly crafted as all Jo Nesbo's previous books. I loved this book and would recommend to anyone looking for an intelligent, darkly beautiful, psychological thriller as well as a study of the evil that has prevailed society from the dawn of man to the present day. Brilliant.
Read more
24 people found this helpful
Report abuse

john h smith
1.0 out of 5 stars One for the bin!
Reviewed in the United Kingdom on 25 April 2018
Verified Purchase
Very disappointed. The least enjoyable of all Nesbo books, and I've read them all. Muddled story lines, characters changing personality from one page to the next, poor psychological concepts etc. Back to more original story lines please.
Read more
27 people found this helpful
Report abuse

Laura lou
4.0 out of 5 stars Loved the retelling of the Scottish play
Reviewed in the United Kingdom on 24 August 2018
Verified Purchase
It has has been more years than I care to divulge since I read Macbeth at school but remembered that I enjoyed it and along the Jo nesbo being one of my favourite authors I jumped at the chance of reading his new modern spin of the play. In this version we initially meet Macbeth, the reformed drug addict and head of swat. His lover, Lady owns a casino. We see a man with the strong conviction of right and wrong become corrupted with the greed of his lover and his depency on drugs increase with the help of head drug dealer Hecate. This is still set in Scotland but the modern twist sees the book relatable to the modern reader. This book had me intriguied rather than gripped on how the story would develop. Macbeths character did seem to be easily pushed to the dark side. He was happy killing his boss, his father figure, and his former best friend without any issue. I'm not sure a man would be so corruptable but this could be explained by the increase in drug use. Nesbos character development is brilliant, I shed a tear for Banquo and for Duff. This book really does do the play justice as you can see the slow decline of Macbeths mental health as the control from Lady and Hecate increases. Some parts did appear rushed but the book was very slow paced. This book didn't grip me as much as Nesbos previous work but I loved it none the less. It is an excellent retelling of a Scottish play
Read more
13 people found this helpful
Report abuse

djp
1.0 out of 5 stars Worst Nesbo ever
Reviewed in the United Kingdom on 28 May 2018
Verified Purchase
I am a big fan of Jo Nesbo, but this is a shocker. Not sure if I can finish it. It is that painful. Stick to what you know Jo!
Read more
21 people found this helpful
Report abuse
See all reviews
Get FREE delivery with Amazon Prime
Prime members enjoy FREE Delivery and exclusive access to movies, TV shows, music, Kindle e-books, Twitch Prime, and more.
> Get Started
Back to top
Get to Know Us
Make Money with Us
Let Us Help You
And don't forget:
© 1996-2020, Amazon.com, Inc. or its affiliates