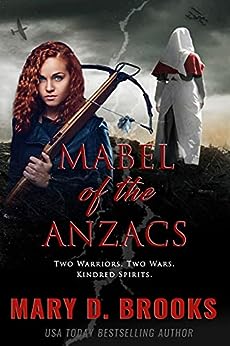 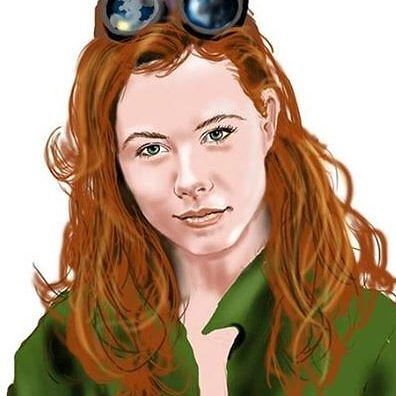 Mary D. Brooks is an award-winning, USA Today bestselling author of historical fiction with a splash of urban fantasy. When there is a heroic woman in history, there is a story to be told!

Passionate about the exploits of heroic women throughout history but especially during WW1 and WW2. After years of not giving birth to the story in her head, she finally relented and wrote her first novel, "In the Blood of the Greeks," about the Greek Resistance during WW2 in 2001. She was inspired by her grandmother, who survived Auschwitz-Birkenau, and her grandfather's experiences in the Greek Resistance. Her characters Eva Muller and Zoe Lambros were born - heroic women standing up to the Nazis in Occupied Greece, all thanks to the bravery of unsung heroes.

What intended to be one book has blossomed to ten books! When the characters don't want to leave…

Mary lives in Australia, and by day she's a graphic designer, and by night she writes her WW2-themed fiction and brings forth art into the world. When she's not doing all of that (phew!), she's a voracious bookworm of historical fiction and murder mysteries!

You can find out more about Mary's work at http://www.nextchapter.net.

Dqk
4.0 out of 5 stars Strong women butt heads
Reviewed in Australia on 11 August 2018
Verified Purchase
A worthy slot-in in the Intertwined Souls Series. A microscope into the lives of Eva and Zoe as they are getting on their feet in the very strange Australian culture in Sydney. Zoe getting into a psychological brawl and battle of wills with a very stroppy co-tenant in the apartment block they share while she and Eva are working out how to negotiate their forbidden relationsbip in a society that sees it as unnatural, makes for a dramatic story. The devrlopment of the feud and subsequent friendshipship between Zoe and Mabel is marvellous. Two similar characters butting heads until the breakthrough.
This was an era of worldwide upheaval and the move from Europe to australia of Eva and Zoe along with large numbers of migrants with war experiences and battle scars provides a fascinating backdrop.
i did think some of the connections pushed my "too much of a coincidence" button.
Though it can be read seperately i advise reading the series first. it will be easier to grasp the myriad relationships.
Read more
Helpful
Report abuse

Marion L McGrath
5.0 out of 5 stars Totally enthralling....
Reviewed in Australia on 23 January 2021
Verified Purchase
Just finished reading the book and once again it made me cry again. Thoroughly loving the story of Eva & Zoe. If it were a TV series, I would be totally enthralled. The hardships they overcome together and still find joy in the smallest things is a testament to their love and courage. I could actually picture the entire book in my mind as I read it. Thank you for such a moving & inspirational series of books.
Read more
Helpful
Report abuse
See all reviews

HG
5.0 out of 5 stars Wow: another must read from Mary D
Reviewed in the United Kingdom on 31 July 2018
Verified Purchase
If you have read the rest of the Zoe and Eva saga, this is a must read. If you like lesfic, or even if you like great novels, this is a must read - but preferably after reading the previous novels in the series. Although I was given a free copy to review, I still purchased this ebook.
Read more
Report abuse

Kindle Customer
5.0 out of 5 stars Truly wonderful.
Reviewed in the United States on 6 August 2018
Verified Purchase
What a journo reunite with Eva and Zoe.The most incredible couple ever created.The supporting cast of the Intertwined Souls series has always been top notch and adding Mabel only raises the bar. What a great character!How I wish she had stayed longer.This book fills in some unanswered questions and the answers were quite wonderful. I recommend to every one who loves books to read this series.One cannot help but love it.Start at the first and take your time.It will be time well spent.Now I play the waiting game. When will this author write another Intertwined Souls classic?
Read more
One person found this helpful
Report abuse

Angie
5.0 out of 5 stars Great in between storyline
Reviewed in the United States on 1 December 2019
Verified Purchase
Just like the main series, this storyline flows smoothly. Mary D brings the story of the nurses well fought in the war to life and deserve to be recognized.
Read more
One person found this helpful
Report abuse

L. Dalzell
5.0 out of 5 stars Very good story
Reviewed in the United States on 7 October 2018
Verified Purchase
I really liked this book. I really like this series of books. When Zoe meets Mabel she does not like her...and then she hears her story. Good history as well as very good story.
Read more
One person found this helpful
Report abuse

Kindle Customer. Ruth J
2.0 out of 5 stars Only read a few pages
Reviewed in the United States on 22 January 2019
Verified Purchase
Only read a few pages, not my kind of book
Read more
Report abuse
See all reviews
Back to top
Get to Know Us
Make Money with Us
Let Us Help You
And don't forget:
© 1996-2021, Amazon.com, Inc. or its affiliates