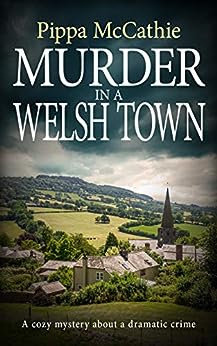 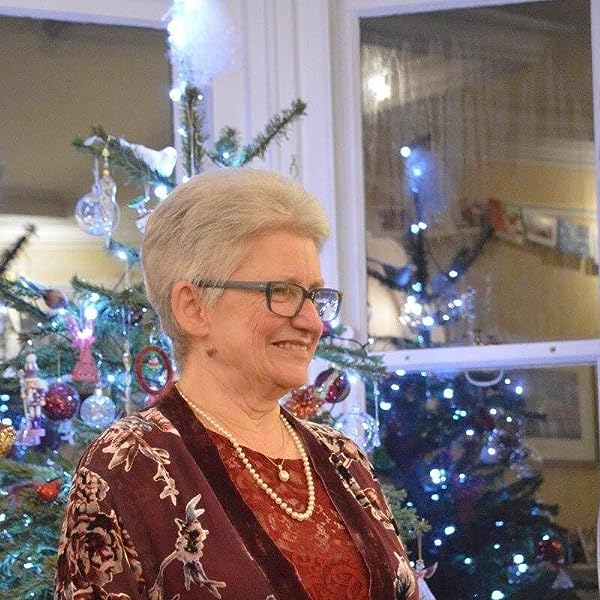 MURDER IN A WELSH TOWN: A cozy mystery about a dramatic crime (The Havard and Lambert mysteries Book 4) Kindle Edition

South Wales has played a big part in Pippa’s life, two of her three sons were born in Swansea and she visits close friends near Newport as often as she can. Brought up in Mauritius, she’s spent a lot of her life travelling, to Guernsey, London, South Africa, South Wales, Iran and back to Guernsey. She began writing in school exercise books to entertain her friends, which resulted in dubious exam results but much laughter. She’s had many poems and short stories published and, once her boys had been packed off to school, started on the novels. For 17 years she taught a creative writing class, and in her spare time she’s worked as a volunteer with a national charity, helped run Guernsey’s local Eisteddfod, and looked after a gorgeous husband and a cowardly cat. All these activities have helped her avoid time wasting activities such as housework and gardening. Her series of crime novels, Murder in the Valleys, Murder at the Old Abbey and Murder by the River Usk and Murder in a Welsh Town, are all published by The Book Folks, and feature two of her best (fictional) friends, Fabia Havard and Matt Lambert. She has now written a romantic thriller, Liberation Day, which is based in Guernsey and is full of adventure and interesting characters, and has just published another romantic thriller based in London and Mauritius. Now it's time to get back to the fifth book in the Havard & Lambert series, which has been slightly delayed by a move to Hampshire to be nearer her sons and grandchildren.

4.3 out of 5 stars
4.3 out of 5
843 global ratings
How are ratings calculated?
To calculate the overall star rating and percentage breakdown by star, we don’t use a simple average. Instead, our system considers things like how recent a review is and if the reviewer bought the item on Amazon. It also analyses reviews to verify trustworthiness.

Helen Ford
TOP 500 REVIEWER
5.0 out of 5 stars Great book.
Reviewed in Australia on 21 January 2021
Verified Purchase
This is the first book I’ve read by this author and definitely won’t be the last. It’s a detective novel with a difference and very readable.
Read more
Helpful
Report abuse
See all reviews

U4ea
4.0 out of 5 stars A good story, well told.
Reviewed in the United Kingdom on 8 December 2020
Verified Purchase
I was brought up in a small town in South Wales and so could well understand the dynamics of the interplay amongst the characters, albeit with a sense of nostalgia. I particularly like the way the author dropped hints in the story that were enlarged on later.
Read more
2 people found this helpful
Report abuse

Diane Kerslake
5.0 out of 5 stars The big mystery of who ordered the murders in a Welsh town.
Reviewed in the United Kingdom on 31 May 2021
Verified Purchase
This book had you guessing to the very end, there were so many characters who could have been the ones who would've been the ,boss,and the big surprise who it was, reading the book you wondered about each character but the surprise came at the end.
Can't wait to read the other books in the series.t however I was upset to find that this was the second book so I've read this when it should have been read as the second story involving the same police characters.
Read more
Report abuse

CAN MOR
3.0 out of 5 stars WHO DID IT?
Reviewed in the United Kingdom on 7 March 2021
Verified Purchase
At the end of this l learned one of the murders but who the other one was escaped me and l can't be bothered. A pleasant tale which is more about the characters than the detecting. This is partly because they keep having little asides where they don't actually share with the reader who they are aluding to. So a decent read, but not a great detective story. I doubt l will be reading any more.
Read more
Report abuse

Christine Bebbington
5.0 out of 5 stars Murder in a welsh town
Reviewed in the United Kingdom on 3 January 2021
Verified Purchase
This is an excellently written book. Enjoyable characters, and an excellent start to a series of stories. I cannot wait to read the rest of the series, and hope that there are many more to follow from this writer.
Read more
Report abuse

DeeDee
4.0 out of 5 stars Good
Reviewed in the United Kingdom on 14 December 2020
Verified Purchase
I found this story a little confusing with so many characters and not as enjoyable as the previous books. However, Pippa has always been one of my favourite authors and I shall continue with her books in the future.
Read more
Report abuse
See all reviews
Back to top
Get to Know Us
Make Money with Us
Let Us Help You
And don't forget:
© 1996-2021, Amazon.com, Inc. or its affiliates