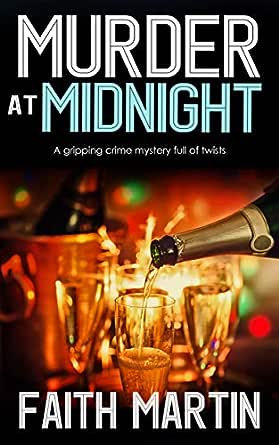 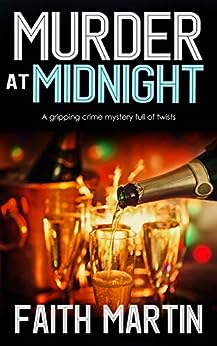 Looking for a brilliant best-selling murder mystery with a feisty female detective?

DETECTIVE HILLARY GREENE IS SOLVING THE COLD CASES NO ONE ELSE COULD CRACK.

PLEASE NOTE THIS IS A REVISED EDITION OF A BOOK FIRST PUBLISHED AS “A NARROW VICTORY.”

Felix Olliphant was found stabbed to death at a New Year’s Eve costume party for the turn of the millennium.

Seemingly liked by everyone, motives for his murder are hard to find. There was one suspect, but no evidence.

Hillary struggles to solve this baffling case. And she has to contend with a new colleague, Jake Barnes. Young and rich, he says he wants to give something back to the community, but Hillary has her doubts.

Will Hillary finally be defeated by this cold case and will she lose her boss and love interest to a new job?

Hillary Greene has returned to Thames Valley Police HQ, acting as a cold-case consultant for the Crime Review Team, looking into murders which the police have never been able to solve.

She wasn’t sure she wanted to go back. But solving crimes is irresistible for Hillary Greene. And it doesn’t hurt that her new boss is devastatingly handsome.

This is a crime mystery full of well-observed characters, which will have you gripped from start to the absolutely thrilling conclusion.

What readers are saying about MURDER AT MIDNIGHT

“Keeps you guessing to the end.” Rita

“The final sentence in this book has me salivating for the next one! ” Linda Strong

“Kept me gripped from the beginning and I could not put it down.” Barbara

“I absolutely love this series.” Nerys

THE DETECTIVE
DI Hillary Greene
An attractive, single woman nearing the landmark age of fifty, Hillary Greene was a police officer of many years’ experience (earning the rank of DI) and came up through the ranks. Consequently, she knew how the system worked, and was always fiercely loyal to the force without being blinkered to its faults. Forced to retire early through no fault of her own, she has now returned to the force as a civilian consultant on cold cases. She still enjoys a rather enigmatic relationship with the wily Commander Marcus Donleavy, but it is her new boss, the very attractive Steven Crayle, who is likely to cause her the most problems now!

PLEASE NOTE THIS IS A REVISED EDITION OF A BOOK FIRST PUBLISHED AS “A NARROW VICTORY.”

Peter the constant reader
TOP 50 REVIEWER
5.0 out of 5 stars Clocking up a good story
8 December 2018
Format: Kindle EditionVerified Purchase
Extremely well written with a very good plot and believable personal interactions. Hillary is given a cold case where a well liked interior designer is stabbed at midnight at a fancy dress. As the detectives work out there is too much possible information but none of it gives any real clues.

Instinctively the costumes must play a part in concealing the murderer but how. The key comes during an interview but it is not until later that Hillary grasps its significance but that is after she finds a real clue and remembers it as a reinforcement of the how and why. So is is a mystery worthy of a good read.

Meanwhile we have two newcomers who are trying out policing. The woman who has the smarts but maybe not the stamina and the rich man who had an agenda which will form the plot of a guidebook. Hillary seems to be about to be unlucky in love once more but you'll have to read the book to see where that ends up.

This is my first book in this series so I have missed a lot of Hillary Green and her adventures but will now start to work my way through from the beginning.

Sally L Miller
4.0 out of 5 stars Another great Faith Martin/Hillary Greene combo
31 August 2018
Format: Kindle EditionVerified Purchase
I enjoy each of the Faith Martin/Hillary Greene books more than the previous. Hillary's strength and compassion, her humour, her detective skills & her awareness of the natural world around her make each of the books a joy. I enjoyed the challenges faced by bringing in new trainees, the relationship between the two retirees, &, of course, seeing Hillary open herself increasingly to her relationship with Stephen Crayle. I never seem to figure out the killer before she does & this one proved even more challenging than previously. I thoroughly enjoy discovering the details surrounding the cases with Hillary and her team. I felt a true empathy for so many of the characters in this story, not least of all, poor Felix, but also the killer. Highly recommended.
Read more
One person found this helpful
Helpful
Comment Report abuse

Sasha
5.0 out of 5 stars Bomb shell ending!
19 July 2019
Format: Kindle EditionVerified Purchase
Faith is so easy to read. She makes her characters come to life and you champion for them because of it. Hillary is brilliant again... of course... This time faith has woven in two new subplots ... she is wily like a fix ... it is not just the excellent murder plots but also the other hooks that keep you reading. So... here we go ... next book is already downloaded and ready to Go!
Read more
Helpful
Comment Report abuse

D. Hawthorne
TOP 500 REVIEWER
4.0 out of 5 stars Good Murder Mystery
6 September 2018
Format: Kindle EditionVerified Purchase
This murder mystery is intriguing. Martin does play fair with the reader regarding the clues.

The introduction of several new multi-book plots looks interesting. I am interested to see how these work out in coming books.

However, the murderer remains unconvincing as I find it very unlikely that someone would get into a position of trust in a full costume.

Lyn B
4.0 out of 5 stars A disappointed Faith Martin fan
1 September 2018
Format: Kindle EditionVerified Purchase
I have long been a fan of Faith Martin and her character Hillary Greene. Although I was aware that one of Faith Martin older books had been rehashed to be called Murder At Midnight I had read A Narrow Victory quite a while ago and had forgotten most of the story, it was still very good. Why do this to your followers, it doesn't make sense to me.
Read more
Helpful
Comment Report abuse

J9
4.0 out of 5 stars Hilary Greene
5 October 2018
Format: Kindle EditionVerified Purchase
I have read all the series that are currently available on ebook. The characters are believable, the twists are often unexpected and I usually don't know "who done it" until the author wants me to. I recommend this series to all those who enjoy crime fiction that is not too dark or graphic.
Read more
Helpful
Comment Report abuse

Willem Aerts
5.0 out of 5 stars In tune with the rest of the series
30 December 2018
Format: Kindle EditionVerified Purchase
Just like all the other Faith Martin books, had trouble putting it down. Certainly did not see the ending the way it ended.
The suspense and wanting to find out whom actually murdered him was intense and I would recommend this book to any one whom is interested in Crime, thrillers and suspense books

Philip Lindsay
5.0 out of 5 stars A cracker
4 December 2018
Format: Kindle EditionVerified Purchase
Things have developed just beautifully. All of the new characters have now been fully established.
The story itself is something that makes you really love "our Hillary".
Bring on the next book.

Go to Amazon.com to see all 116 reviews 4.5 out of 5 stars
Get FREE delivery with Amazon Prime
Prime members enjoy FREE Delivery and exclusive access to movies, TV shows, music, Kindle e-books, Twitch Prime, and more.
> Get Started
Back to top
Get to Know Us
Make Money with Us
Let Us Help You
And don't forget:
© 1996-2020, Amazon.com, Inc. or its affiliates