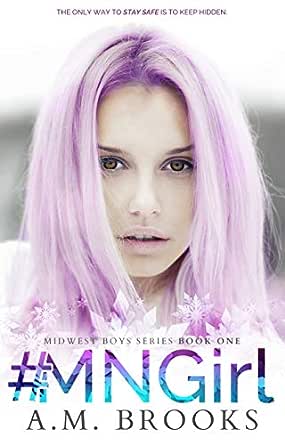 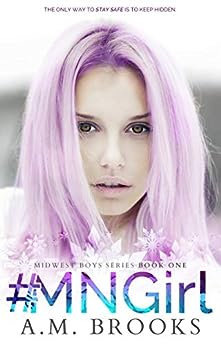 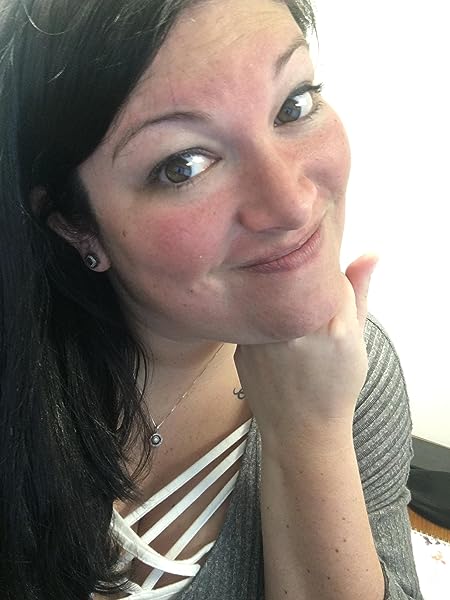 Loz83
4.0 out of 5 stars Enemies to Lovers, Secret Agency, Family Drama
Reviewed in Australia on 18 June 2020
I didn’t mind this book. Basically an enemy’s to lovers story centred around Ciaran and Saylor (Ariel)
Saylor is the daughter of a white collar criminal who has embezzled lots of innocent people’s money and run off.
So, dodgy types are after him, and come after his family.
Primarily consisting of Saylor, Mum Kelly & little sister Mila.
After being badly beaten, and traumatised with dead men in their home Kelly, tells Saylor to ring a man by the name of Matt, who works for a mysterious secret agency called ‘Rogue’.
Their specialty, extracting people from life threatening, dangerous situations and giving them new identities.
While Mum & Mila go in one direction to a safe house, Saylor goes with Matt to live with him and his nephew (Ciaran) .

What starts as distain & hate quickly turns into attraction between the two housemates. A relationship that is forbidden under the ‘Rogue’ rules. (But these two flaunt the rule pretty quickly)
Everything is going along as you would expect with this kind of novel.
We get the girls school BF (Winter) who’s sole purpose is to explain for us readers the background of the boys in the story Kai, Silas, Ciaran, and everyone in the small towns relationship to ‘Rouge’ (Also to drag the female lead to social events. Parties, Fight Club, Winter fun at the Cabin ...and so on.

The guys BF (Kai) who pushes the two together with his flirty, witty banter. He’s the one who can see the relationship developing before our couple can.
And the dark, moody friend Silas, who has s huge chip on his shoulder over some past drama between Kelly (mum) and his dad Jason.

The plot for this story was pretty responsible. Although, I was waiting for things to go to s$&t towards the end...& it did,
What was annoying about the book was how the two main characters were soooo bad at pretending they didn’t care about each other.
Even the author didn’t even bother trying to keep it on the down low after while.
All those ‘ heat up the back of my neck’ ‘ my body was tingling. I new he was watching me’ ‘My treacherous body/nipples’ Uugh! When he was in the room we both felt the electricity in the air’ ... Come ON! Does everyone who writes these novels pull these phrases out of the same ‘How to...’ book?
This is the only part of the book that annoyed me, otherwise I would have given it five stars
Read more
Helpful
Comment Report abuse

Bookobsession000
4.0 out of 5 stars Impatiently waiting for book 2!!!
Reviewed in Australia on 8 July 2020
#MNGirl was such an addicting read that will have you devouring this book as fast as you can.
Saylor's story is incredibly heartbreaking and it was horrible to watch her and her family being punished for her fathers actions and crimes.
On the night of her seventeenth birthday, her life is changed forever. Horrible events lead to her being moved away and hidden for her and her families safety. This is where she meets Ciaran and even though he is horrible to her and shows her no kindness what so ever, she is somehow drawn to him.
Their relationship is the classic enemies to lovers tale and this story is full of secrets, lies, betrayals, heartbreak, lust and plenty of twists and turns.
That ending destroyed me and leaves us impatiently waiting for book 2.
Read more
Helpful
Comment Report abuse

ValBal
TOP 500 REVIEWER
5.0 out of 5 stars Really enjoyable
Reviewed in Australia on 25 June 2020
This bully romance was quite different but not in a bad way. Lots of mystery and intrigue. Held my attention from the start. Warning, ends in a cliffhanger. Hanging out for the next installment.
Read more
Helpful
Comment Report abuse

Tara
5.0 out of 5 stars #MNGirl surprising read with a suspense ending
Reviewed in Australia on 15 July 2020
First time reader of this author and enjoy it thoroughly. I enjoyed all the characters of the book and can’t wait for book 2. Highly recommended
Read more
Helpful
Comment Report abuse
See all reviews from Australia

Victoria weston
5.0 out of 5 stars Must Must Must Read. Absolutely amazing.
Reviewed in the United Kingdom on 12 May 2020
Verified Purchase
This is the first book that Ive read by this author and OMG it blew my socks of it was so good. I loved it, I couldn't out it down right until the end and now I'm desperate for book #2. This book will hold your attention and you wont be able to stop reading its captivating.

This is Ciaran and Saylor's story and it was amazing.

Saylor is a young girl and at 17 she is a very strong and feisty lady and her life is about to change for the rest of her life. Her father has got himself in a situation and he is no help at all after he does a total bunk and leaves his family yo fend for themselves. Saylor has to leave town to protect herself and her mum and sister after even more trauma happened to them at home.

Ciaran is asked to keep his eye on her. But at the beginning he thinks she's a disaster. The problem is he thinks that she is a disaster but he cant get her out of his head. He tries to keep his distance the best he can but with the magnetic pull between them both its so difficult., the chemistry between them both is so powerful that you cant take your eyes of of them.

The way this author writes and her characters is absolutely fantastic and I as the readers really connected to them and was totally rooted in this story and oh my that ending, wow. I really felt for Saylor and everything that she was going through and then to have to navigate it without her family was so hard and my heart was aching for her. Ciaran is a douche at the beginning and made me want to throw my kindle across the room but I think he was just protective.

The Midwest boys will tie you up in knots and have your heart aching for all of them in their own way Kai, Ciaran Silas are very protective and do what ever they can for the ones that they care about.

This book has secrets lies and family scandal and will have your emotions all over the place rooting for this family and this young lady who has an immense amount of strength inside of her. This book is a definitely an enemies to lovers romance and its an amazing read and has a cliff hanger that will leave you desperate for book #2.
I highly recommend everyone reads this book, its fantastic and deserves five million stars.

This book is out now.
Read more
Helpful
Sending feedback...
Thank you for your feedback.
Sorry, we failed to record your vote. Please try again
Report abuse

Sarah
5.0 out of 5 stars Gah! Need more!
Reviewed in Canada on 16 May 2020
Verified Purchase
AHHH! I need book 2 now! A.M Brooks is a new to me author and this is my first book from her. Suspensful and it keeps you guessing. If you do not like cliffhangers, wait until the others come out. Ciaran and Saylor stoled my heart and I can't wait to see what happens next! Bring on Book 2.
Read more
Helpful
Sending feedback...
Thank you for your feedback.
Sorry, we failed to record your vote. Please try again
Report abuse

Rhonda
5.0 out of 5 stars 5 #MNGIRL STARS!!
Reviewed in the United States on 9 May 2020
Verified Purchase
5 #MNGIRL STARS!! I was captivated all the way through this book!! Saylor's life is on a emotional rollercoaster and Ciaran, Kai and Silas are their to help in anyway possible. Buckle yourself up and get ready for this crazy ride. I need the next book.....I am dying right now. You need to read this book.
Read more
27 people found this helpful
Helpful
Sending feedback...
Thank you for your feedback.
Sorry, we failed to record your vote. Please try again
Report abuse

Jenn
5.0 out of 5 stars MUST READ!!
Reviewed in the United States on 8 May 2020
Verified Purchase
This book is so amazing! My heart broke for Saylor. She was strong and amazing throughout this book. A few twists and turns I never saw coming. That ending though! I need the next book soon. I love this book and I highly recommend it.
*Magic Beyond The Covers Book Blog*
Read more
5 people found this helpful
Helpful
Sending feedback...
Thank you for your feedback.
Sorry, we failed to record your vote. Please try again
Report abuse

Colleen Oppenheim
5.0 out of 5 stars One of my favorites so far this year!
Reviewed in the United States on 9 May 2020
Verified Purchase
I am not sure what I was expecting when I started #MNGirl. Let me tell you, what I got was an amazingly written story with strong characters and a plot full of twist and turns that I sometimes had trouble wrapping my brain around. From the cover, I really felt like this was going to be the typical high school romance. Looks were totally deceiving. I have to learn to stop judging a book by it's cover (which I love by the way)!
A.M. Brooks has showed her writing chops in #MNGirl. She is a sorcerer with this plot line; I swear I could not figure out what was going to happen next! I believe it is her time to shine with this book. I 100% recommend!
Read more
3 people found this helpful
Helpful
Sending feedback...
Thank you for your feedback.
Sorry, we failed to record your vote. Please try again
Report abuse
Load more international reviews

Sara Severs
5.0 out of 5 stars Soooo good
Reviewed in the United States on 10 May 2020
Verified Purchase
I like this book its sooooo good . Emotions are everywhere. Cliffhangers are killing me here , I can’t wait for book 2 to come out. This authors books are so good .
Read more
3 people found this helpful
Helpful
Sending feedback...
Thank you for your feedback.
Sorry, we failed to record your vote. Please try again
Report abuse

Kindle Customer
5.0 out of 5 stars Holy what was that
Reviewed in the United States on 13 May 2020
Verified Purchase
This book was absolutely AMAZING!!! I couldn't put it down I loved it so much!! I need book 2 now ASAP after that ending!!!!
Read more
One person found this helpful
Helpful
Sending feedback...
Thank you for your feedback.
Sorry, we failed to record your vote. Please try again
Report abuse