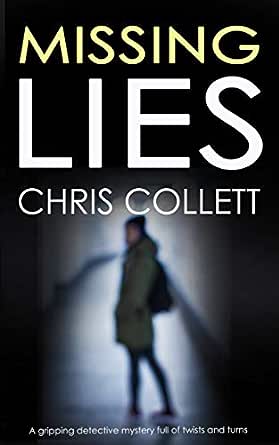 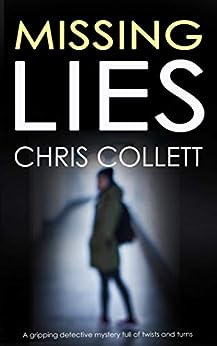 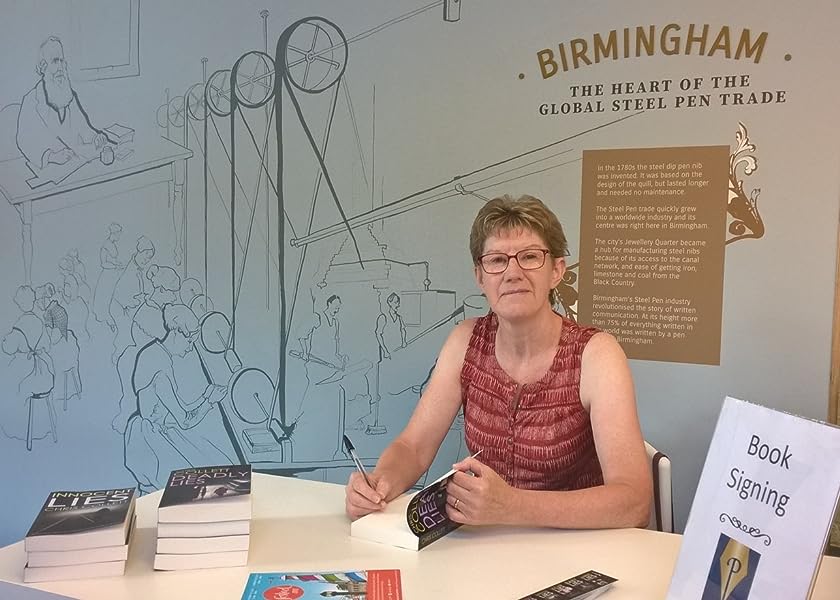 4.5 out of 5 stars
4.5 out of 5
128 global ratings
How are ratings calculated?
To calculate the overall star rating and percentage breakdown by star, we don’t use a simple average. Instead, our system considers things like how recent a review is and if the reviewer bought the item on Amazon. It also analyses reviews to verify trustworthiness.

sheila osborne
1.0 out of 5 stars This is not new???
Reviewed in Australia on 1 February 2019
Verified Purchase
I had been eagerly waiting for a new Chris Collett kindle book and bought this thinking it was a new one in the Tom Mariner series. As soon as I got past the first page I had a feeling of deja vu. On looking through my Chris Collett collection I found Dead of Night by Chris Collett which seems to start exactly the same. To say I was disappointed was an understatement. Did I pay twice for the same book with two different titles?
Read more
One person found this helpful
Helpful
Comment Report abuse

Kindle Customer
5.0 out of 5 stars Great book
Reviewed in Australia on 3 February 2019
Verified Purchase
I find it hard to believe that someone can think of all the devious thoughts and deeds that can occur in one story.
I loved the book even though what was happening early on didn't resemble anything like what happened at the end.
Bring on the next one.
Read more
Helpful
Comment Report abuse

Robert P.
5.0 out of 5 stars Good read
Reviewed in Australia on 19 January 2019
Verified Purchase
I always enjoy this authors work and this book is no exception. Good storyline to keep you interested. Well worth the read.
Read more
Helpful
Comment Report abuse

Tracy Evans
5.0 out of 5 stars Another superb DI Mariner story
Reviewed in Australia on 18 December 2018
Verified Purchase
Been waiting for this to come to kindle and it didn’t disappoint. Great characters and storyline. Keep the series coming
Read more
Helpful
Comment Report abuse

Ginger Book Geek
5.0 out of 5 stars Another interesting case for DI Tom Mariner
Reviewed in the United Kingdom on 15 November 2018
Verified Purchase
If there’s one thing this Ginger Book Geek loves to do, it’s discovering a new author and a new series. It wasn’t so very long ago that I had my first introduction to Detective Inspector Tom Mariner. Now it feels as though I have known him for years. Anyway I digress so back to the review I do go. I eagerly download my copy of each new book that Chris releases and I disappear into my reading den. I don’t emerge until I have finished reading. The most recent book in the series is called ‘Missing Lies’ and it was released on 28th October 2018. I absolutely, totally, utterly and completely loved it but more about that in a bit.
I have to admit that I have developed something of a soft spot for Detective Inspector Mariner. He is a dedicated police officer and he is most definitely dedicated to his work. He certainly doesn’t have an equal work/ life balance and his dedication to his work has often cost him dearly in his personal life. Mariner is currently single but he has a demanding home life. His late partner’s brother is autistic and following the death of his partner, it emerged that Tom had become his legal guardian. Tom feels ever so slightly out of his depth as he has never been a carer before and he doesn’t have any previous experience of autism. Gradually though he is getting there and he and his sort of brother-in-law are gradually forming a very close relationship and friendship. Mariner can’t help but pine (well sort of) for his old team as some members have gone to pastures new but that doesn’t mean that their friendships have been ended. ‘Missing Lies’ starts with the case of a disappearance of a young woman. Initially Mariner thinks that she has left of her own free will and that the reconstruction of her disappearance is unwarranted. Mariner is under the impression that the reconstruction has only been filmed because of who the woman’s father is. Soon the case becomes so much more serious and worrying details emerge. Will Mariner and his team solve the case before any lives are lost? Will they apprehend the abductor? Well for the answers to those questions and more you are just going to have to read the book for yourselves to find out as I am not going to tell you.
As soon as I opened ‘Missing Lies’ and began to read, I felt as though I had reunited with old friends. It didn’t take me long at all to get into the story- actually by the end of the first sentence, I was definitely hooked on this book and reading it became an addiction. I was like an addict in desperate need of her next fix. I couldn’t bear to be parted from the book and I took it everywhere with me. I just had to read on to see how the case progressed and if my hero (Mariner) survived in one piece. The author uses such vivid and powerful descriptions that I really did feel as though I was an invisible member of the investigative team. I even found myself trying to take an active part in the investigation and I would occasionally throw out the odd comment or suggestion, which did attract some strange looks when I was on the bus. Before anybody starts, yes I know it is fiction and therefore not real but I find that if I am convinced by the author’s writing style, the story and the characters I tend to ‘live’ the story. Reading this book was much like being a rather scary and unpredictable rollercoaster ride with twists and turns aplenty. Some of the twists I had worked out but other twists hit me like a punch to the gut.
It’s fair to say that I loved, no make that adored reading ‘Missing Lies’. I would definitely recommend this author, her books and this series to other readers. I can’t wait to read what further cases await DI Tom Mariner in the future. The score on the Ginger Book Geek board is an extremely well deserved 5* out of 5*.
Read more
6 people found this helpful
Report abuse

Paradise Bird
4.0 out of 5 stars Terrific !
Reviewed in the United Kingdom on 13 November 2018
Verified Purchase
Great story, so much information woven in although did think maybe a little too much at times! However, despite this small criticism, congratulations to the author for a very interesting, and towards the end, a very riveting read to unmask the killer!! Highly recommended for mystery fans.
Read more
Report abuse

Mrs Christine Musk
5.0 out of 5 stars A b4illiant read!
Reviewed in the United Kingdom on 19 January 2019
Verified Purchase
Just could not put this down, had to read to the end and then wished I had made it last a bit longer. Held my attention all the way through. Guessed towards the end who the guilty part was. A brilliant read!
Read more
Report abuse

Mrs F Duncan
5.0 out of 5 stars missing lies
Reviewed in the United Kingdom on 16 February 2020
Verified Purchase
I absolutely love the tom mariner series. Good read again with a few twists and nice to follow tom and his colleagues
Read more
Report abuse

Mrs.S.Humphreys
5.0 out of 5 stars suspense to the end
Reviewed in the United Kingdom on 16 January 2019
Verified Purchase
Leisure reading - many twists and turns to the v end -a brilliant read
Read more
One person found this helpful
Report abuse
See all reviews
Get FREE delivery with Amazon Prime
Prime members enjoy FREE Delivery and exclusive access to movies, TV shows, music, Kindle e-books, Twitch Prime, and more.
> Get Started
Back to top
Get to Know Us
Make Money with Us
Let Us Help You
And don't forget:
© 1996-2020, Amazon.com, Inc. or its affiliates