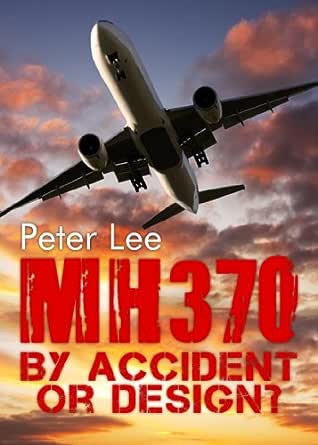 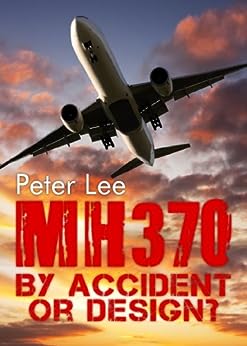 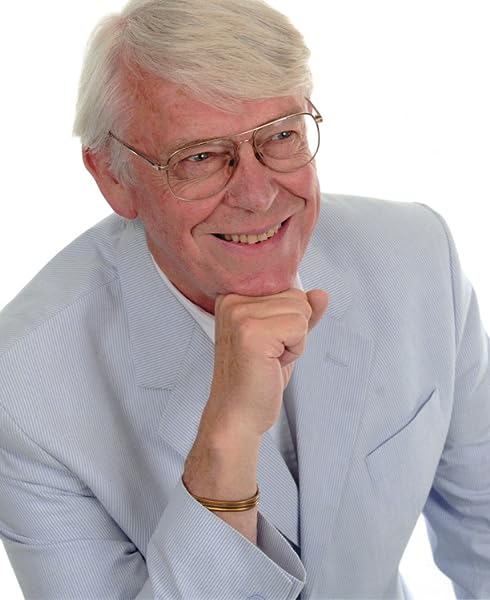 If you want to know what really happened to flight MH 370, this book is a must-buy.
In 'MH 370: By Accident or Design', a former military pilot and air traffic control officer analyses the exact sequence of events that took place on the night of 8 March 2014 when Malaysia Airlines' flight MH 370 took off from Kuala Lumpur and then vanished from the face of the Earth.
He strips away the clouds of confusion to get right to the heart of the mystery, and suggests a believable and logical explanation for everything that happened that night. On the way, he analyses some of the alternative explanations that have been offered, including the conspiracy theories, and looks at the latest information from the Far East.
Some recently published works on this subject were rushed into print before the few indisputable facts were known, and many have been based on little more than the author's personal opinion, almost irrespective of these facts, or have been founded on apparently factual information that has since been discredited. This book starts off with no preconceptions at all. The author looks only at the facts of the matter, and has worked out a possible and believable explanation that covers everything we know about this flight from take-off to its ultimate fate. He also explains exactly how the aircraft systems - things like SSR, ACARS and ADS-B - work, and provides an overview of the satellite communications system that was able to provide basic tracking data for the aircraft long after voice communications ceased.
He explains the crucial significance of the position where the aircraft vanished from Malaysia's radar screens, and why that precise location was chosen by the perpetrator of this disappearance. And he shows why the route that the aircraft subsequently followed was not accidental, but entirely deliberate, and chosen for one very specific reason.
He concludes his analysis by explaining approximately where the aircraft is now, and why no confirmed wreckage from the aircraft has been found anywhere.
As a military controller, Peter Lee has previously been involved in aircraft accident and investigation procedures as apart of his job. He was solely responsible for deducing the precise reason, and specific sequence of events, that led to the loss of a Royal Navy Sea Harrier in the North Irish Sea some years ago, an event that at first sight appeared completely inexplicable, and was the principal expert witness at the subsequent Board of Inquiry. In the case of flight MH 370, he has turned that same critical eye on this disappearance, and his suggested explanation for what happened is both logical and believable.
If you read no other book about this mystery, read this one.
click to open popover

Jacob Lyons
5.0 out of 5 stars All of the information about MH370 in one place
26 June 2014 - Published on Amazon.com
Verified Purchase
This book is simply incredible. Ever since I first heard the news of the missing flight, I was intrigued by the sense of mystery and the incredibly amount of resources deployed to search for it--all to no avail. In this book, it is obvious that Lee has invested incredible amounts of time in study and analysis of all of the events surrounding flight MH370. He covers every single event from the start of the incident--and even keeps the book updated as new information is uncovered!
Like many people, I do not have time to follow every news story. However, this book contains all of the information related to the flight; in addition, Lee's wonderful analysis and theoretical conjectures are invaluable in understanding what in fact happened to the flight. Much of the information was new to me--and not necessarily covered in mainstream media. By the time you finish this, you will have a complete understanding of what happened to flight MH370 and a number of possible theories as to the cause of the incident.

Kerry
5.0 out of 5 stars The best theory for who and why
19 April 2015 - Published on Amazon.com
Verified Purchase
This book is short and to the point. The author, Peter Lee, presents his theory of what happened to flight MH370.

In a nutshell, his theory is that the Captain Zaharie Shah drove the plane to the South Indian Ocean with the intent of killing himself and all the passengers. Mr. Lee explains how and why Captain Shah did it. Some of the reasons for the why are these:

Mr. Shah’s marriage was breaking up. His wife had recently moved out of their home and had taken the children with her.

Mr. Shah had a mistress and there was some talk amongst his peers that his mistress was breaking up with him.

Mr. Shah just found out that his friend and relative, Anwar Ibrahim was being put in prison for a sodomy conviction.

Paul
5.0 out of 5 stars Where MH370 is today.
16 April 2015 - Published on Amazon.com
Verified Purchase
This book by Peter Lee is similar in some respects to the conclusions drawn by Jeff Wise in his book "The Plane that wasn't there". Peter Lee thinks that there were only 2 answers to what happened to MH370, either it landed in the Indian Ocean (a controlled landing, thus leaving no discoverable evidence that might have floated to the surface and eventually have been discovered) because the pilots wanted to commit suicide,,, or the plane landed in a remote airfield. I believe in his book Jeff Wise supplied a lot more details about how the plane was taken over by hijackers and then intentionally flown to an airfield where it still resides to this day. The 2 books are very good but somehow I am drawn more to the conslusions reached by Jeff Wise than by the conclusions reached by Peter Lee in this book.
Both book are good reads.
Read more
3 people found this helpful

Amazon Customer
4.0 out of 5 stars The likely reality -- an analysis of MH370's disappearance
9 June 2015 - Published on Amazon.com
Verified Purchase
This is a brief, coherent, logical and knowledgeable analysis of the likelihood of various scenarios that may have resulted in the disappearance of the MH370 aircraft. It concludes that the likeliest event was hijacking by the pilot in a suicide-murder plot and supports that conclusion with pertinent facts and analysis. After publication of this book, at one point British newspapers carried a story that Malaysian officials had analyzed the pilot's home flight simulator and discovered a flight plan for the hijacking -- a story apparently not published in US media -- which would corroborate the author's conclusions.
Read more
One person found this helpful

Uncle Don
3.0 out of 5 stars Interesting book
5 March 2015 - Published on Amazon.com
Verified Purchase
This was a interesting book I had a hard time putting it down. The fact it was written only a few months after the missing flight took place is interesting in and of itself. I was not aware of the procedures used in covering the track of an aircraft between countries and found that part most interesting. I do have a bit of a problem with his actions of the pilot, sounds a good deal like what was used in "Executive Orders". Overall considering the search is still going on it is one possibility to be considered. I am inclined to agree that the search is not in the right area or the aircraft would have been found by now. The fact the Mr. Lee has and I would assume continue to update the book as new facts come to light is a positive for reading it.
Read more
One person found this helpful
Go to Amazon.com to see all 64 reviews 4.3 out of 5 stars
Get FREE delivery with Amazon Prime
Prime members enjoy FREE Delivery and exclusive access to movies, TV shows, music, Kindle e-books, Twitch Prime, and more.
> Get Started
Back to top
Get to Know Us
Make Money with Us
Let Us Help You
And don't forget:
© 1996-2020, Amazon.com, Inc. or its affiliates