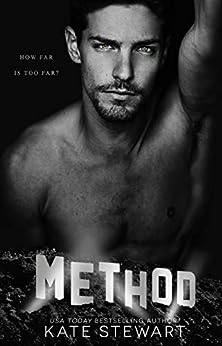 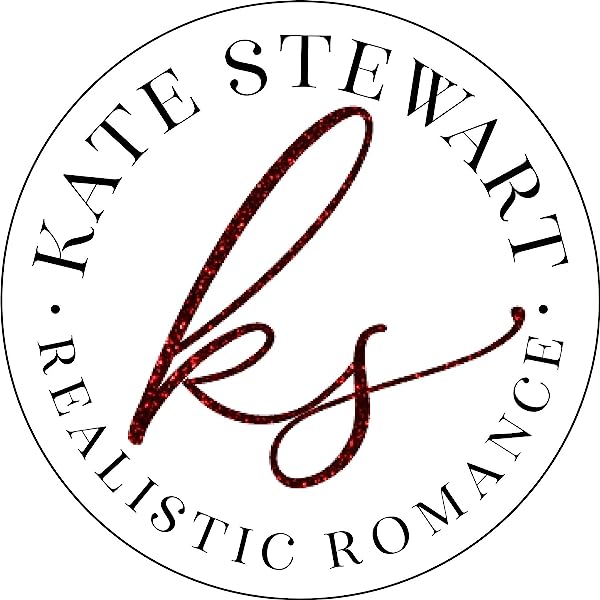 4.6 out of 5 stars
4.6 out of 5
173 global ratings
How are ratings calculated?
To calculate the overall star rating and percentage breakdown by star, we don’t use a simple average. Instead, our system considers things like how recent a review is and if the reviewer bought the item on Amazon. It also analyses reviews to verify trustworthiness.

Jennifer Hakim
5.0 out of 5 stars One Click this Book
Reviewed in Australia on 15 June 2019
Verified Purchase
This was a riveting story, and I was drawn into this deeply emotional tale of marriage between Mila and Lucas. Method begins as a slow burn, then heats up as we delve further into the love story of the two MC’s and deep secrets are revealed. It is told in dual POV’s, though predominantly from Mila, and goes back and forth in time in their relationship. Mila was to, easy to understand, and like. Perhaps her profession, as sommelier, made her easy to relate to- a “normal” person if you will. Lucas, however, was vastly more complex, and being a successful actor, a method actor at that, he seemed more selfish, more willing to sacrifice himself, his life, to attain perfection in his craft. He didn’t seem to notice or care, that he was putting their relationship at risk, almost as if he had a split personality - loving husband-//working actor consumed by the role he plays. It is this attribute that almost destroys their marriage. I thoroughly enjoyed this book. Kate Stewart is a new author to me, and I’m certainly going to read more. Of her books. Well done!
Read more
3 people found this helpful
Helpful
Report abuse

Amazon Customer
5.0 out of 5 stars A Must Read
Reviewed in Australia on 3 June 2019
Verified Purchase
This is an Absolute soul searching, heart breaking read.
I shed tears, I was angry, hurt, my heart was broken.
If you’ve ever lost someone who means the world to you to suicide this will grip you like a glove.
I know I will read this book again, when my heart has settled.
Honestly I did not want it to end, and when it did I just could not let the story go.
Kate Stewart you are such an amazing writer.
Thankyou for this one. It hit home .

Suzie
5.0 out of 5 stars Perfection
Reviewed in Australia on 25 April 2019
Verified Purchase
Method was a fabulous read ... three time periods interwoven with dual first person narrative. Fabulous writing that crafted a story that has everything - epic love, heartache, angst, passion, redemption.... a story that draws you into the lives of Golden Hollywood couple Mila and Lucas. I couldn’t put it down. The problem with reading a book this good ... terrible book hangover!
Read more
Helpful
Report abuse

Hanno
5.0 out of 5 stars Oscar winning performance!!
Reviewed in Australia on 24 July 2021
Verified Purchase
Method was an amazing read. Halfway through I felt sick in the pit of my stomach with nerves, unsure how it was going to play out. Kate weaves you into all these amazing characters and it all feels so real, like you're living and breathing these words.
The quotes from all the method actors cut me deep.
This story is so beautifully written and tells a side of Hollywood we never really think of this deep.
Read more
Helpful
Report abuse

Kerri P
5.0 out of 5 stars Refreshingly brilliant
Reviewed in Australia on 14 May 2019
Verified Purchase
Wow!
What a great story. Loved the characters and the connections between them. I knew nothing about Method acting so it was a great read on many levels for me.
Read more
One person found this helpful
Helpful
Report abuse

Anne Milne
5.0 out of 5 stars A Must Read
Reviewed in Australia on 20 April 2019
This is only my second book by this author and I'm kicking myself because I know I've been missing out.

I knew very little about this book before I started and I'm glad. Reading the book is like peeling an onion, each new chapter revealed a new layer of the story. Lucas the Hollywood star and his beloved wife Mila are fascinating to read about . I never give spoilers all I can say is prepare yourself because this Hollywood tale is unlike anything I've read before.

The writing is sublime, the characterisation is spot on, the way she weaved this story pulled me in. I couldn't stop reading I became obsessed withwanting to find out what was going on. I know this is review is vague my only recommendation is buy the book you won't regret it.
Read more
One person found this helpful
Helpful
Report abuse

Loz83
TOP 100 REVIEWER
5.0 out of 5 stars The Ripple Effect Of The Death Of A Friend Catapults A Marriage Into Crisis
Reviewed in Australia on 4 March 2021
This book opens on a somber note.
Hollywood actor celebrity Blake West, has committed suicide
Then story revolves around the impact of his death on everyone around him, but in particular, his best friend, and fellow actor, Lucas Walker along with his wife Mila.

As the story unfolds we read, as Mila struggles to hold her marriage together as her husband unravels.
Blake’s death triggers Lucas to deal with his own issues that have haunted him throughout his life.

He explodes spectacularly, while playing the role of a mobster.
Using his best friends character traits, as a homage, he gives himself over completely to “the method” of acting.
Eventually, Blake’s deeply troubled personality takes over as Lucas continues to play the role of a life time.

While all this is taking place, Mila watches on, as her husband disintegrates, at times, helpless to get through to Lucas.
Slowly the shocking events surrounding the reasons for Blake’s suicide are revealed.

This book was heartbreakingly profound.
At times, it reminded me of the story of Corey Haim, and Corey Feldman, and the insidious underbelly of the “Hollywood Life” that devours youth.
Sometimes right under the noses of parents that are supposed to protect their children.

Told through different characters POV, we also time slip as we are taken back through reminisces.

We get to witness the playful, self destructive lifestyle of Blake, and the influence he had on everyone around him.

All while he was a victim of the Hollywood casting couch.

Knowing the outcome from the beginning make this story all the more insight, and poignantly heartbreaking.

Lucas’s mind falters as he deals with the guilt, heading towards a breakdown, refusing to deal with Blake’s death, while delivering the acting role of a lifetime.
In his quite inner monologues he states -

“I was just as guilty of playing blind to his demons and only reacting to his outbursts.”

Kate Stewart has an amazing ability at building her characters until we know them inside, and out.
Her writing is extraordinary.
And!
I am now reading every book of hers I can get on my kindle.
I have not been disappointed so far, despite that fact it took me a while to get into this one.
Once again I am reduced to a blubbering mess during the last chapter.
*****
Read more
Helpful
Report abuse
See all reviews

Terri T.
4.0 out of 5 stars Enjoyable, clever read !!!
Reviewed in the United Kingdom on 6 May 2019
Verified Purchase
This is only my third book by Kate Stewart and I did enjoy it. I really did love the premises of the story, it was very unique and not like anything I have read before. So emotional and at times really heartrending, Kate hit the mark and scored 10 for all the feels where emotions were concerned.

Even though this book was very descriptive I couldn't somehow gel with Lucas as I would have liked to. As difficult as the character was to get to know in the book and try to figure out; I was having the same trouble. Mila was more easier to understand, maybe my sympathies focused on her more so than Lucas. Now Lucas is a very complex character; a bit like Dr Jekyll and Mr Hyde. An actor who threw every part of himself at the role he was playing at the detriment of everyone else and their feelings. Yes Lucas is an method actor and like I said Ms Stewart has outdone herself with the descriptive content in this book, but I just didn't enjoy it as much as I hoped I would. Sometimes both characters grated on me, yes I felt for them but just not enough. The story is told in duel perspective predominantly from Mila's POV and flits back and forth in timescale which at times I found slightly confusing but I managed to keep up. Coming from different backgrounds; Lucas is a top Hollywood star and Mila a sommelier, she often felt out of her depth understandably and i do think this was written extremely well. My problem was with Lucas I feel and how I was trying to relate to his character.

A good book, great emotion, lots of angst, deep seated secrets are revealed, starts off as a slow burn but definitely picks up speed, a book you have to experience for yourself. I enjoyed it but I wouldn't want to revisit it again. Certainly not my favourite book of Kate's so far.
Read more
One person found this helpful
Report abuse

Fawn
3.0 out of 5 stars Method
Reviewed in the United Kingdom on 3 May 2019
Verified Purchase
I liked this Authors last book a collaboration with Heather M Orgeron but this one not so much. It was alright for what it was but I wouldn't want to read it again as it didn't leave a lasting inpression on me. the leading characters I couldn't connect with and were easily forgettable. If I could describe this story in one word it would be Underwhelming. Sorry.
Read more
2 people found this helpful
Report abuse

Kindle Customer
5.0 out of 5 stars A definite 5 star read
Reviewed in the United Kingdom on 30 April 2019
Verified Purchase
Another brilliant book from Kate Stewart. The first book I read by this author was Drive and I loved it so much I then downloaded most of her other work. I had Method on my kindle for a week before I started reading as I waited for the weekend to have plenty of time as once you start you get so engrossed you don't want to stop reading. I still think Drive is one of my favourite books ever but Method is a very close second. I also love that each of Kate Stewart's books is so different.
Read more
2 people found this helpful
Report abuse

Rossie
5.0 out of 5 stars Raw and real
Reviewed in the United Kingdom on 22 April 2019
Verified Purchase
A compulsive story set in the world of Hollywood. At times painful and very sad but a truthful thought provoking read. Highly recommend this as a 5*++
Read more
One person found this helpful
Report abuse

Mayer
5.0 out of 5 stars WOW
Reviewed in the United Kingdom on 12 May 2019
Verified Purchase
This book was like no other I have read. Absolutely brilliant and beautifully written. Kate Stewart never disappoints.
Read more
Report abuse
See all reviews
Back to top
Get to Know Us
Make Money with Us
Let Us Help You
And don't forget:
© 1996-2021, Amazon.com, Inc. or its affiliates