The Men in the Jungle (Gateway Essentials) and over 1.5 million other books are available for Amazon Kindle . Learn more
Share <Embed> 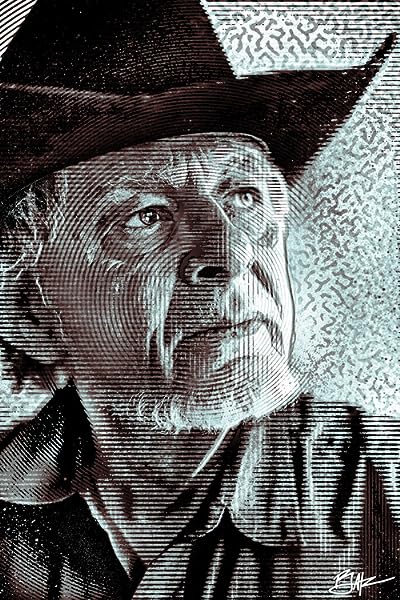 Page 1 of 1 Start overPage 1 of 1
This shopping feature will continue to load items when the Enter key is pressed. In order to navigate out of this carousel please use your heading shortcut key to navigate to the next or previous heading.
Back
Next
Start reading The Men in the Jungle (Gateway Essentials) on your Kindle in under a minute.

Weirdling Wolf
3.0 out of 5 stars 'The Men in The Jungle' ultimately proved to be a considerably nourishing affair!
Reviewed in the United Kingdom on 25 February 2015
Verified Purchase
'The Men in The Jungle' is a blackly humorous sf tale concerning the undeniably bloody internecine struggles upon the wretchedly beleaguered planet of Sangre. Norman Spinrad's, quite literally visceral tale is blessed with a zesty narrative, rushing pell-mell towards an especially tumultuous ending of quadruple double-cross and insensate ultra-violence. I loved it, and, curiously, the fatty, anthropoid menu didn't prove to be as off-putting as I had previously thought it might be. The main protagonist's initiation to the iniquitous ways of this charnel planet was especially well rendered by Spinrad, who proved himself to be a darn gifted writer; I especially enjoyed the wine-sotted bugs who maintained the workers via a beery esp! This is a sometimes exhilarating novel that exists wholly within its very own deliciously lurid idiom. (I would be greatly interested to know how many other reader's suffered monstrous acid-pangs of hunger whilst enjoying certain passages!) As an entree to Spinrad's work, I found it to be a terribly stimulating one, if not a little over-cooked! as I usually prefer my sf meat to be served rare; and delicately spiced with just a little more nuance. That said, it is always good practice to vary one's diet, and 'The Men in The Jungle' ultimately proved to be a considerably nourishing affair!
Read more
Report abuse

Pompom
2.0 out of 5 stars Ok read. Would not recommend. Has a lot of formatting errors. Not got the squeamish at all. I would say that it was racy for its day. Personally I would not recommend to anyone I know. Not a fan of this author. The book is very gory, but considering some authors today, he may be a bit tame.
Reviewed in the United States on 12 April 2019
Verified Purchase
Pretty good book. I’m sure that when it was written he created quite the buzz. Overall an ok read.
Great.

M. J. Williams
5.0 out of 5 stars Not for those with light stomachs
Reviewed in the United States on 28 December 2005
Verified Purchase
The story begins centuries in the future where humankind is dispersed throughout the galaxy and war is common. Our protagonist narrowly escapes earth's clutches, carrying nothing but the clothes on his back, his very expensive ship, and a vast fortune in the only currency to have universal utility, drugs.

He ends up on a backward world, where one class of people has enslaved the others, and torture and prostitution is rife. He proceeds to start a civil war, and that's when the book really starts to get interesting. As dark as he is sick and disgusting, Spinrad also manages to do something few writers can, weave together a great story with incredibly realistic characters in an interesting narrative. I'm not sure you'll like any of the main characters, but the story is so fun it matters little. You won't want to put it down, and though you may not like them, you'll really want to know how it all turns out at the end.

Buyers beware, however! This book is incredibly dark. Cannibalism, slavery, prostitution, and murder on a massive and bloody scale are just the beginning. If you enjoy well written sci-fi, then this is your book. Just also know that it is easily the darkest book in the sci-fi, and perhaps any genre, that I have ever come across.

Dave Carver
4.0 out of 5 stars Words escape me!
Reviewed in the United States on 8 July 2015
Verified Purchase
This book grabbed me and pulled me along at a 1,000 miles an hour to an ending I did not expect. Does this make it a great book? I still don't know; but I'm glad it ended up on my reading list.
Read more
One person found this helpful
Report abuse

William Michael Brown
5.0 out of 5 stars A forgotten 70s classic
Reviewed in the United States on 14 July 2012
Verified Purchase
Once of Spinrad's best. The underlying premise: All power relations are essentially cannibalistic. And he shoves that fact right in your face, along with the fact that all revolutionary alternatives eventually degenerate to the same level.
Read more
2 people found this helpful
Report abuse
See all reviews
Get FREE delivery with Amazon Prime
Prime members enjoy FREE Delivery and exclusive access to movies, TV shows, music, Kindle e-books, Twitch Prime, and more.
> Get Started
Back to top
Get to Know Us
Make Money with Us
Let Us Help You
And don't forget:
© 1996-2020, Amazon.com, Inc. or its affiliates