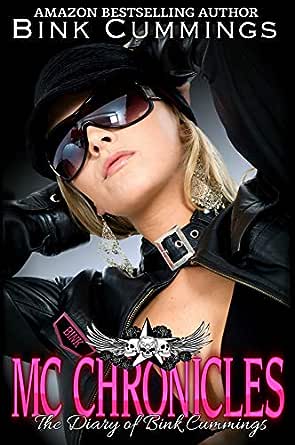 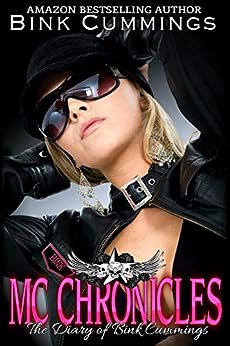 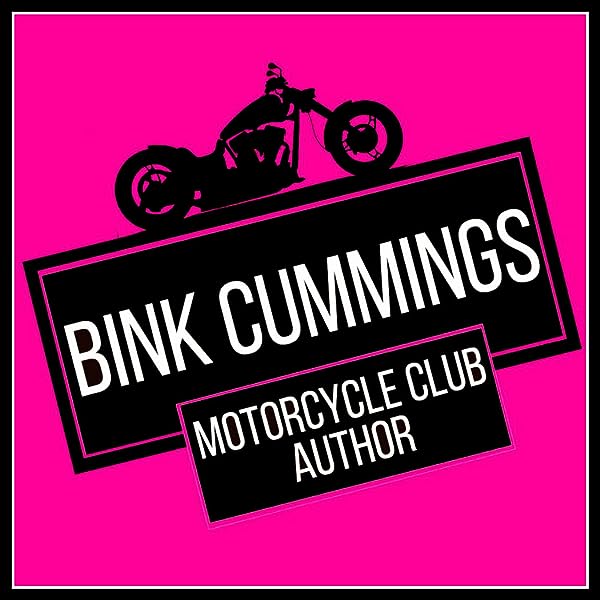 Kindle Customer
3.0 out of 5 stars Well then...
Reviewed in Australia on 3 August 2019
Verified Purchase
Spoilers!

I think she made the right choice... maybe? Honestly she was kinda inconsistent as a character. You think he killed your dog abs you daydream about his dick? The first time he eats you out he then gets with three women in the same night? Not really setting a good precedent there.
I don't know. But I will be reading the second volume.

Julie Sugden
5.0 out of 5 stars Bink’s straightforward writing style kicks ass
Reviewed in Australia on 4 January 2018
Verified Purchase
I loved this first installment and it had me hungry for more. The way Bink has crafted a diary into a story is well done. Her rawness of biker stories is better than the romanticism shown by others. Would recommend if you prefer a bit grittier and closer to life
Read more
Helpful
Report abuse

Belinda Fisher
1.0 out of 5 stars Very disappointed
Reviewed in Australia on 5 November 2017
Verified Purchase
Wasn't at all impressed with the storyline or the characters. Way too far fetched with a lot of grammatical errors.
Read more
Helpful
Report abuse

Louise Fowler
3.0 out of 5 stars An okay Read
Reviewed in Australia on 14 November 2018
Verified Purchase
found out this ends on a cliffhanger so I didn't read it
Read more
Helpful
Report abuse

Penina
5.0 out of 5 stars Damn Gurl this bitch got balls....
Reviewed in Australia on 19 December 2018
Verified Purchase
SHYTE!! She rocks hard gurl...kudos to you for creating the first of many in this series.......cheers
Read more
Helpful
Report abuse

Ange C
5.0 out of 5 stars Love Bink
Reviewed in Australia on 19 May 2016
Verified Purchase
I love how Bink talks with her readers, it's as though she's actually talking to you. I highly recommend reading.
Read more
Helpful
Report abuse

Kindle Customer
3.0 out of 5 stars MC chronicles.... *kind of contains spoilers*
Reviewed in the United Kingdom on 25 November 2017
Verified Purchase
I'm going to be honest - I have no clue whatsoever as to how to rate or even explain what I think of this book!

I'm a big MC fan and the sample of this which gives the story from an MC brats (granted she's 30 now but she grew up an MC brat!) POV seemed appealing!

I like Bink and I love the Sacred Sisters she haves. I like most of the characters but not everything they do! Some of the things she writes about just doesn't work for me at all. She loves big, watches him get frisky with club whores but then will get freaky herself with him? Like we're talking straight away, no cleaning up or apologies or whatever, just straight away?? He's supposed to secretly love her and her him but yet he openly has other women in front of her? Na, no thank you!

Alongside that then it's ok, I like some parts and dislike others - this probably doesn't make much sense, I apologise but it didn't make much sense to me either! I like my MC men to be rough and ready but still to have morals and love their women (naive maybe but that's what I like!)

Would I recommend this book to others? I don't know, probably - it gets a lot of positive reviews so maybe it's just me that found it weird?!
Amanda I going to read the next installment? Probably! But only because I can't leave a story unfinished! Plus it's on ku! Completely split so it's a 2.5/3***
Read more
3 people found this helpful
Report abuse

Deborah
4.0 out of 5 stars Addictive stuff 4.5 stars
Reviewed in the United Kingdom on 14 February 2015
Verified Purchase
I downloaded this book while it was free but I just hadn't got round to reading it until a friend recommended it and so I thought I'd give it a try, I checked out the reviews first and they were all good and I do mean all, I found one 3 star and all the rest were 4 but mainly 5.
It took me a while to settle in that could be partly because the series I'd just finished had a very submissive female lead and Bink is anything but.
Once I'd got used to Bink and the writing style I loved it and.......Yes I hated it as well, but more about that later.
Bink is a force of nature, she's who she is and proud of it and makes no excuses for it and for that you've got to love her.
The guy in question...what the f*** I do seriously mean that, what the hell is wrong with him and this is the part I hate because even though I love MC books I'm a romantic at heart, I can't help it I just am and I really struggle with cheating and again seriously why? I just can't get my head around it, he wants her so why torment, tease and be just downright cruel to her. I know he's a man and I do like an alpha male and yes going through every woman in sight is fine until, well until it becomes cheating. Also early on in the book when he's...and she's watching.
As you can see I struggled with parts of this book but I couldn't put it down I was reading until the early hours and my first thought on waking this morning was the next book, so yes, I'm well and truly hooked, I just can't get enough the ending was fabulous although I'm only saying that because the next book is already out so I don't have to wait.
So many questions have been left unanswered, what on earth is going on with her mum especially, also her dad, what's the deal, what was going on at work and is she? she must be right?
Straight onto the next book for me, anyone know how many books are in this series?
Read more
One person found this helpful
Report abuse

Miss L. Booth
5.0 out of 5 stars Highly recommend
Reviewed in the United Kingdom on 25 January 2015
Verified Purchase
This is not my first MC book but it is different from others I have read. Bink's writing style is much more candid, writing to her diary. It is more detailed with blunt honesty of the warts & all club lifestyle.

Whether you understand the rules, traditions & ways of the club or not you can not deny the fierce loyalty, protection, support & love shared between these brothers & sisters. They may not all be blood relations but they are just as close (if not closer).

This book has it all, it's funny yet touching, will have you on the verge of exploding with anger or frustration but it is also HELLA HOT!

I highly recommend this to MC fans or anyone open to trying something new.
I can not wait for volume 2.
Well done Bink. Peace x
Read more
One person found this helpful
Report abuse

Carol booka holick
4.0 out of 5 stars The Diary. Book 1
Reviewed in the United Kingdom on 20 April 2018
Verified Purchase
Great story But Bunk does come across as being a bit self centred . Maybe she may grow on me more in the next book . Big Well he does come across as a big man who're yes he is in love with her in his own way . And I guess there I s a big secret he knows as well about Bink. I also think she will have one too . Bink has had her fair shear of men too .. Hope a lot of things are to be found out in the next book . .
Read more
Report abuse

Kindle Customer
4.0 out of 5 stars One of the best books
Reviewed in the United Kingdom on 29 May 2019
Verified Purchase
Bink Cummings draws you into a series. Think has not had a great start in life. She was take in and brought up by the club especially by Big the Pres. There is unhealthy infatuation on both their parts. When the subject of old lady comes up Bink hits the breaks and makes a life changing decision
Read more
Report abuse
See all reviews
Back to top
Get to Know Us
Make Money with Us
Let Us Help You
And don't forget:
© 1996-2021, Amazon.com, Inc. or its affiliates