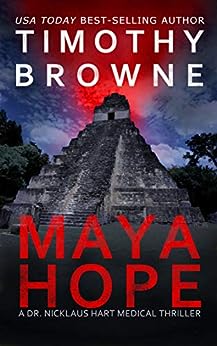 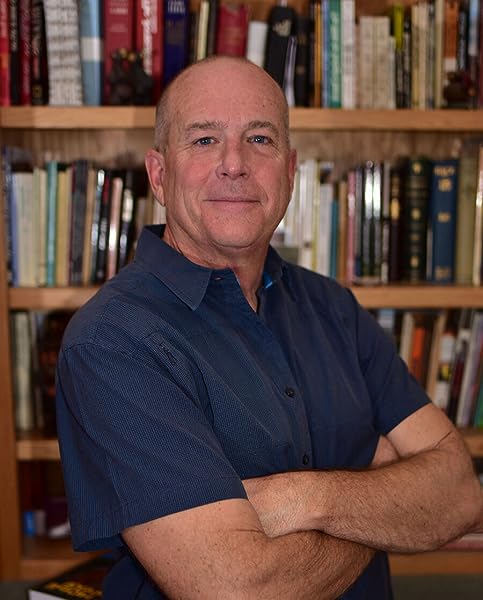 "A recipe of adventure and authenticity... a thriller that is hard to put down until the very last page." Cherie Minton, Co-Founder of Hope Force International

"Maya Hope . . . a love story, a thriller that evolves like a movie, international settings and characters whose business deals take place int he shadowlands between myth with murder, and a stumbling, self-centered man who reluctantly becomes a hero." Julia Loren, Author

Timothy Browne, MD draws from life and work experience when writing. For many years, he has worked as an orthopaedic surgeon and medical missionary for Operation Blessing, Mercy Ships, and Hope Force International. His work has taken him to Guatemala, El Salvador, Honduras, Nicaragua, Panama, Brazil, Ukraine, Borneo, Malaysia, Singapore, South Korea, North Korea, Philippines, Sri Lanka, Haiti and Sierra Leone. He now resides in Western Montana with his wife, Julie, who along with their three sons, served with him. --This text refers to the paperback edition.

4.4 out of 5 stars
4.4 out of 5
198 global ratings
How are ratings calculated?
To calculate the overall star rating and percentage breakdown by star, we don’t use a simple average. Instead, our system considers things like how recent a review is and if the reviewer bought the item on Amazon. It also analyses reviews to verify trustworthiness.

Kindle Customer
5.0 out of 5 stars A great book, well written
Reviewed in Australia on 8 May 2019
Verified Purchase
I like the story line, which is at the edge of science fiction and I liked in particular the presentation of the Christian faith, which is woven into the story. I am looking forward to reading more books by the author.
Read more
Helpful
Report abuse
See all reviews

helen
4.0 out of 5 stars Faith-Inspiring, Fast-Paced, Bio-terrorist Thriller
Reviewed in Canada on 12 August 2020
Verified Purchase
Interesting combination of North Korean bio-terrorism and Christian ministry in the heart of Guatemala. The author smoothly takes the reader back-and-forth between locations – primarily Pyongyang and the Hope Center mission facility. This is an inspiring Christian faith-based story with lots of action and some humor included. It took me a while to warm up to Dr. Nick Hart but he becomes more like-able as his faith grows.

...."He believed you give your very best to the poor, not your leftovers.”

....As it turned out, Tikal was exactly where the virus was found. It was very much dormant and very much present. Its only mutation was that it was no longer contagious to humans. But that was easy to overcome; Kwon and his team supercharged its infectious nature.

....Buck looked Nick in the eyes and smiled. “Well, nothing that a little mouth-to-mouth and a few chest compressions couldn’t solve.” Nick opened his eyes wide, realizing what Buck had done for him, and then he cracked up. “I’ve been wondering why my sternum is so sore. And why I’ve had this overwhelming urge to brush my teeth over and over.”

William Heath
1.0 out of 5 stars Free was too expensive.
Reviewed in the United States on 19 January 2020
Verified Purchase
This popped up when I searched for "Medical Mysteries." Most people's understanding of the genre is that the stories are mysteries that revolve around medical topics, such as the spread of a virus or a surgeon stealing body parts. The author evidently believes that it is also a poorly written piece of religious propaganda involving people who do medical things. I forced myself to read the entire book as punishment.

The author claims that a character, native Blackfoot female, looks exactly like a Maya when she dresses in Mayan clothing. My stomach turned; they do NOT all look alike. That was either ignorance or racism. I'll assume it was ignorance, and recommend that the author do more research in the future.

The bad guys are apparent from page one. The good guys are everybody else. And, the good guys are incredibly good. Each is a deeply devout Christian who feels compelled to discuss the religious importance of everything. I am a Christian; it was too much for me. Not a mystery, more a procedural, but not quite one of those, either. Mostly just a boring story and a waste of time. The Maya were an astounding people who developed astounding knowledge of astronomy and mathematics, ruled an empire for two thousand years, and built enormous structures, many of which still exist. Mayan artwork is astounding. With such a rich canvas on which to paint his story, the author failed miserably.

The "medical" part was that the lead character was a surgeon. The "medical mystery" was a strain of mumps that left both genders infertile. Come on. Even student nurses do better. To ignore the tapestry of a two thousand year empire that predicted comets when Englishmen were digging for grubs to eat, that rivaled all other ancient cultures in development of writing and that left such a wealth of archaeological treasures, while consuming page after page with testaments of faith irrelevant to the story, this one should come with a major warning: DO NOT READ.
Read more
10 people found this helpful
Report abuse

D Noonan
5.0 out of 5 stars Excellent fiction, well worth reading
Reviewed in the United States on 23 September 2018
Verified Purchase
Dr. Browne created an intriguing plot with mystery, excitement and a hint of romance. As a retired ICU nurse, I find it frustrating that authors of fiction fail to use medical terminology correctly and present inaccurate scenarios of medical care. Therefore, it was refreshing to see accurate descriptions of medical procedures and practices.
Dr. Browne incorporated current world issues and protrayed them accurately, sometimes graphically so. Most importantly, Dr. Browne kept the main focus on our Lord and Savior Jesus Christ and the real life struggles with faith, submission and humility. I highly recommend this book.
Read more
13 people found this helpful
Report abuse

Aryn The Libraryan
5.0 out of 5 stars Feels Like You're There.
Reviewed in the United States on 11 April 2020
Verified Purchase
*See Note below for cautions.
This book puts you in the center of the action. Which can be a really good thing, and sometimes very scary. I loved the miracles that occurred. My parents were missionaries in Guatemala, so some of the story felt like I was listening to them all over again. None of the 'miracles' stretched my imagination or seemed impossible because I know from first hand accounts that those things really happen.

Dr. Hart was really well written. His character growth was awesome. Maggie and Anna were fantastic examples of Christ's love. As painful as it was, that's exactly what we're called to do. I hope I can live up to half their example.

I didn't find the book preachy at all. Most of the 'spirtiual conversations' were between Christians, and while there is a conversion, it's not really an evangelical book.

I think (even reading this in April 2020) the idea of engineering an ancient virus to cause a global catastrophe in such a sneaky way was very clever/believable. I'm looking forward to the rest of this series.

*Cautions: The prologue is very intense, and not for the faint of heart. If you're squeamish, I'd skip it.
Chapter 1 is intense and uncomfortable in a whole other way. If I didn't know for a fact that the whole book wouldn't be like that, I would have given up. I don't like reading about flings. This chapter is NOT graphic, just sets the stage for where Dr Nick is in life, so the light of Jesus shines clearly in later parts of the book.

I purchased this book on Amazon when it was free. I chose to leave a review, and all thoughts are my own.
Read more
5 people found this helpful
Report abuse
See all reviews
Back to top
Get to Know Us
Make Money with Us
Let Us Help You
And don't forget:
© 1996-2021, Amazon.com, Inc. or its affiliates