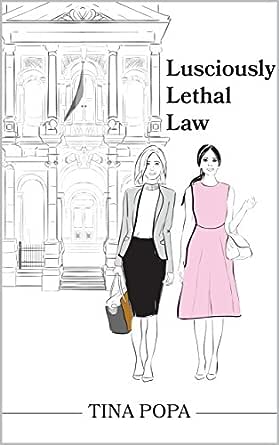 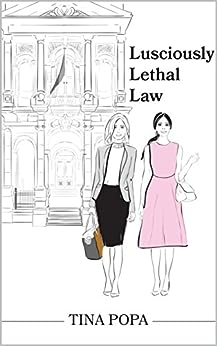 Twenty-eight-year-old Melbourne lawyer Ashley Grey has her share of problem clients. On some days Ashley represents a father going through a mid-life crisis in custody proceedings and on other days she rescues an Eastern European migrant from mutilating his neighbour for walking through a rose patch. In between, Ashley is trying to progress her law career and meet a nice normal guy she can go on a date with.
Ashley also has to deal with family drama in the Grey household: her little sister has just moved in after a broken engagement, her father is acting suspicious and Ashley is finding herself constantly sidestepping potential love interests her mother is trying to set her up with.
Just when matters couldn’t get more hectic in law land, enter the botanist.
‘I think they’re going to charge me and I don’t know what to do. You see, I’m innocent, I didn’t do it.’ Professor Boudassou pleads with Ashley to take on his case. ‘The police see me as a suspect in my wife’s murder.’
Ashley immerses herself in the case and intends to prove the botany professor’s innocence. Ashley’s determination is tested when she is thrown into a world of corruption and scandalous affairs.
Ashley finds solace in her partner in crime, best friend and fellow lawyer Sophie Labelle.
Amidst the chaos of dodging dates organised by her mother, Ashley must work out how she really feels about her friend and fellow lawyer Stefan Anderson.
Ashley is committed to the acquittal of the botany professor but may not like what she discovers along the way. Nothing is certain except that law can be lusciously lethal.

Amanda Wright
5.0 out of 5 stars Amazing read
9 July 2017 - Published on Amazon.com
Verified Purchase
Got me in - hook, line and sinker.

So proud of my friend for her book!


Read more
Go to Amazon.com to see all 1 reviews 5.0 out of 5 stars
Get FREE delivery with Amazon Prime
Prime members enjoy FREE Delivery and exclusive access to movies, TV shows, music, Kindle e-books, Twitch Prime, and more.
> Get Started
Back to top
Get to Know Us
Make Money with Us
Let Us Help You
And don't forget:
© 1996-2020, Amazon.com, Inc. or its affiliates