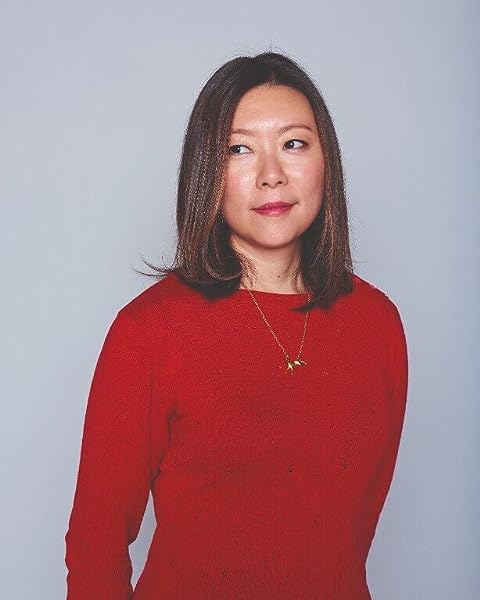 by Sandi Tan (Author), Rebecca Lam (Narrator)
3.3 out of 5 stars 45 ratings
See all formats and editions
Sorry, there was a problem loading this page. Try again.
From author and filmmaker Sandi Tan, director of the acclaimed documentary Shirkers, comes a novel about a neighborhood of immigrants, seekers, lovers, and lurkers. In a suburban LA neighborhood, neighbors keep wary distance and at times collide, propelled by desire, fury, and mischief. Precocious Korean American sisters Mira and Rosemary find their world rocked by a suicide; a charismatic and creepy drama teacher grooms his students; an aging gay horror novelist fights loneliness; and a white mother and her adopted Vietnamese daughter deal with lifelong anger issues. Spanning decades, and bringing together a diverse and interlocking group of stories, Lurkers is a Los Angeles masterpiece, showing Sandi Tan's fiction to be as formidable and exciting as her filmmaking.
Read more
Previous page
Next page

Sandi Tan was born in Singapore and has an MFA in screenwriting from Columbia University. She directed the 2018 Netflix film Shirkers, which won a Directing Award at the Sundance Film Festival and was named Best Documentary of 2018 by the Los Angeles Film Critics Association. She lives in Los Angeles.
Tell the Publisher!
I’d like to read this book on Kindle

Sandi Tan was born in Singapore. She directed the Netflix Original Documentary "Shirkers," which won a Directing award at the 2018 Sundance Film Festival, was named Best Documentary by the Los Angeles Film Critics Association, and was shortlisted for the 2019 Academy Award for Best Documentary. "The Black Isle" was her debut novel. She's lived in Los Angeles for twenty years but everyone still thinks she lives in New York.

3.3 out of 5 stars
3.3 out of 5
45 global ratings
How are ratings calculated?
To calculate the overall star rating and percentage breakdown by star, we don’t use a simple average. Instead, our system considers things like how recent a review is and if the reviewer bought the item on Amazon. It also analyses reviews to verify trustworthiness.

TC
4.0 out of 5 stars Neighbours
Reviewed in Canada on 31 October 2021
Verified Purchase
What an interestingly strange, yet enticing book. Santa Claus lane is full of characters with secrets, trying to figure out this thing called life. Rosemary and her sister Mira are one of my favourite literary sister duos.
Read more
Report abuse

Bob Lees
5.0 out of 5 stars Loved it
Reviewed in Canada on 5 November 2021
Verified Purchase
A slice of contemporary life in Southern California. Full of wit. Not all the characters are sympathetic but all hold our interest.
Read more
Report abuse

Jacqueline B.
1.0 out of 5 stars Boring
Reviewed in the United States on 15 August 2021
Verified Purchase
I took this as my vacation read. It was recommended by an author on the Today Show who gave a list of his favorite picks. He said it made him laugh and cry and it’s about neighbors interaction. UGH! I only finished it bc I never not finish a book but it was drab and boring. I left it behind in one of the community lil box libraries. Maybe someone else will enjoy it… and I had such high hopes too!
Read more
3 people found this helpful
Report abuse

Jstaf
3.0 out of 5 stars And then….
Reviewed in the United States on 6 November 2021
Verified Purchase
A well written story of family disfunction, particularly in the ways the decisions of people impact the lives of those around them.

The characters were undeveloped and some simply cliches, which made it hard to find the human nature in the motivations at times.
Read more
Report abuse

Kindle Customer
1.0 out of 5 stars Whatttt?????
Reviewed in the United States on 18 October 2021
Verified Purchase
I read half if it and it’s just a series of stories about creeps. I kept thinking they would be tied together eventually, besides the street they live on. But I’m not going to waste any more time.
Read more
Report abuse
See all reviews
Back to top
Get to Know Us
Make Money with Us
Let Us Help You
And don't forget:
© 1996-2022, Amazon.com, Inc. or its affiliates