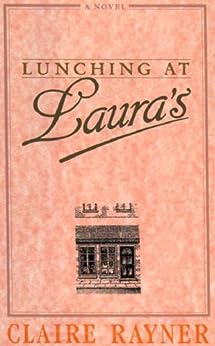 by Claire Rayner (Author) Format: Kindle Edition
See all formats and editions
Sorry, there was a problem loading this page. Try again.
Laura's in Soho is the fashionable place to meet and eat. Only a select few can guarantee an advance booking..The food is good, the ambience attractive, buts its success is due to one woman alone, and that is Laura herself; she is the star attraction. But now Soho is changing, and Laura's is under a legal threat from the property developers; and, more bitterly, Laura's family.
From Publishers Weekly
A mother traces her son's descent into violence and addiction in Canadian novelist Clark's quietly effective American debut, which begins somewhat melodramatically with the birth of Cole James Larson in the midst of a Tennessee tornado. Cole's mother, Grace, who provides the first-person narration, takes the tornado as an omen of the boy's problematic future, but the reality is that the absence of his father and Grace's decision to have her sister raise the boy (so that Grace can work to support them) have a far more profound impact on his life. Cole turns to petty arson to get the attention of his father, a married fireman named Jackson, and he terrorizes his schoolmates so much that the local mothers lecture Grace about her deficient parenting skills. Sliding ever further into delinquency as he grows up, Cole acquires a sexy, wild girlfriend, starts using heroin and turns to violent crime. Clark deftly captures Grace's panicky sense of helplessness when Cole's behavior first turns troubling, and her tone is unflinching throughout, even when Cole kills a cop and ends up facing the death penalty. Several elements of Cole's downfall border on cliche, and Grace's narration can be cloyingly folksy or trite ("Ellen was older than me by nearly four years, though seemed to me sometimes she had the wisdom of the ages"). Still, the unusual, well-observed maternal perspective on a young man's decline and the book's sympathetic look at the hard choices faced by single mothers may win Clark a U.S. audience.
Copyright 2002 Reed Business Information, Inc. --This text refers to the Paperback edition.
Product Description
Bite the Stars marks the U.S. debut of the gifted Canadian author, Eliza Clark. Written with cinematic flair and luminous intensity, Bite the Stars opens with a tornado that whips into motion the whirlwind events of a young woman's life.
Grace Larson tells the gripping story of the storm that caused her to go into labor prematurely and give birth to Cole, who becomes as menacing and dangerous as the force of nature out of which he was born.

While her son is on the run from the law, ravaging his own path of wild destruction, Grace reads books and studies facts of nature, the chemistry of fireflies, blazing trails of dying comets, ultraviolet visions of butterflies, looking for clues to her son's nature. She searches her memory for events in their past to figure out why Cole is the way he is, where nurture ends and nature rules. Bite the Stars is a spellbinding novel told from the eye of the storm. --This text refers to the Paperback edition.
Read more
Previous page
Next page