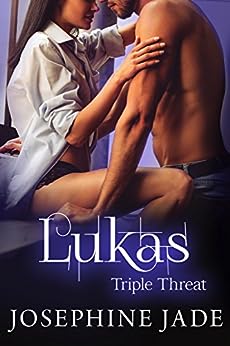 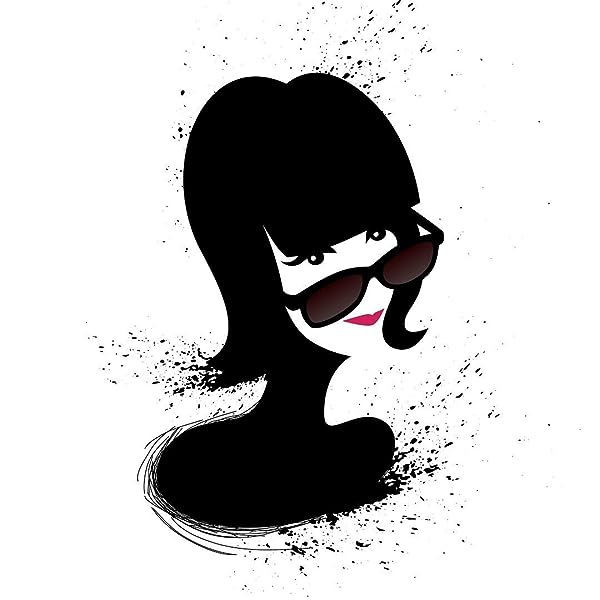 Katie
5.0 out of 5 stars 4.5 stars
Reviewed in Australia on 6 February 2018
4.5 stars. I really enjoyed this book, the characters were great and the steaminess was so hot. The conflict was a little weak and the big climax at the end wasnt overly heart racing which is why it's not a full 5 stars. Definitely recommend reading it!
Read more
Helpful
Report abuse

Kindle Customer
5.0 out of 5 stars Lukas: Triple Threat (3)
Reviewed in the United Kingdom on 31 August 2018
Verified Purchase
Lukas Rinaldi, is watching a display in the public room of the secret and very exclusive BDSM club, in the basement under his Casino and popular dance club. He sees movement from a dark corner and go to investigate. To his surprise it was a woman he's known from a child Reina Torres, called the Ice Maiden, what was she, a non member, doing in his club? How did she even know about it? Reina's mother had married her uncle after her father died, he was destroying the business, she needed to find out if he was using her father's computer program to steal from people, including the Rinaldi brothers, which would destroy her father's good name.
Sue P
Read more
Report abuse

Denise H
5.0 out of 5 stars Dark, Intense, and Steamy
Reviewed in the United States on 17 September 2021
Verified Purchase
Out of the three Triple Threat books, Lukas was the most intense. A few of the scenes were a little much for me but I really did enjoy the characters and the overall story. Lukas acts like the most laidback of the three brothers, but get on his bad side and you’ll see his true colors. All three of the brothers are underbosses for the Sicilian mob in New Orleans and each has their own part of their businesses they enjoy most. For Lukas it’s their club which includes an exclusive underground section – Deeper Threat, for mob members and their guests only. A place never spoken of outside its doors and for those who enjoy the darker side of the BDSM lifestyle.

Reina Torres has known the Rinaldi brothers since high school and has been in love with Lukas since. She’s recently returned to NOLA to prove her uncle has been using her late father’s company to steal from some very powerful and dangerous people. She gets in over her head when she takes a wrong turn in Lukas’s club trying to find the server room to install her program to get the evidence she needs to prove the theft and clear her father’s good name. Lukas is too much of everything for Reina and pushes her beyond what her mind perceives as normal and the “Ice Queen” persona she was dubbed in high school. She wars with her mind and body, feelings and emotions trying to sort out what she thinks is wrong with her and come to terms with what she needs to finally feel free and alive. I liked that Lukas took time to help her adjust and answer her questions and help her feel safe and cared for. Though her pushed her boundaries, he did not do it a way that was overbearing for her or cruel. (With the exception of the punishment scene when she was caught – he was trying to ultimately protect her and save her life, but that was the ‘a bit much’ for me).

I liked that they talked things through, giving them a deeper connection (with the exception of the secret Reina kept from Lukas about the program); once she understood what Lukas could give her and what she needed and he understood how to help her unravel her emotions and let go of her defined ideas they found a true bond wrapped in love and trust. I loved their quiet conversation scenes where you could feel their emotions and love for the other, even though they were not yet aware.

Though all three books have heavy scenes, this one has the most intense due to the main location of the story – in the kink club. There is also plenty of suspense, emotions, and steamy scenes.
Read more
Report abuse

Lorrie vanmeter
5.0 out of 5 stars Excellent
Reviewed in the United States on 11 December 2018
Verified Purchase
Lies, deception, awakening, hope and love
Read more
Report abuse
See all reviews
Back to top
Get to Know Us
Make Money with Us
Let Us Help You
And don't forget:
© 1996-2021, Amazon.com, Inc. or its affiliates