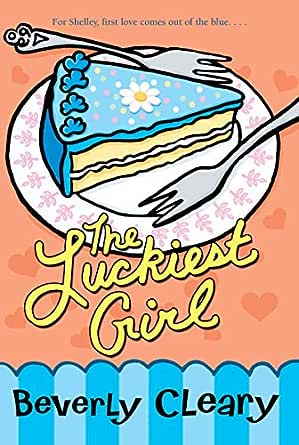 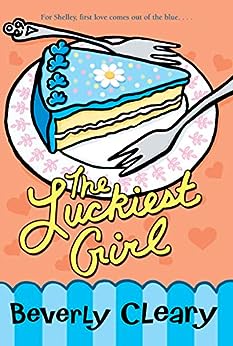 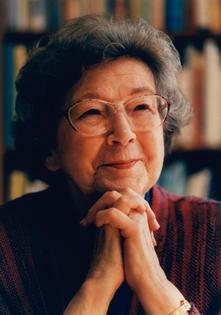 "Sixteen-year-old Shelley latham, in a fit of rebellion against her mother's lack of understanding, persuades her parents to send her to California for the coming school year."-- "ALA Booklist""Ought to be required reading for teenage daughters and their mothers." -- "The New York Times" --This text refers to an alternate kindle_edition edition.

Beverly Cleary is one of America's most beloved authors. As a child, she struggled with reading and writing. But by third grade, after spending much time in her public library in Portland, Oregon, she found her skills had greatly improved. Before long, her school librarian was saying that she should write children's books when she grew up.

Instead she became a librarian. When a young boy asked her, "Where are the books about kids like us?" she remembered her teacher's encouragement and was inspired to write the books she'd longed to read but couldn't find when she was younger. She based her funny stories on her own neighborhood experiences and the sort of children she knew. And so, the Klickitat Street gang was born!

Mrs. Cleary's books have earned her many prestigious awards, including the American Library Association's Laura Ingalls Wilder Award, presented to her in recognition of her lasting contribution to children's literature. Dear Mr. Henshaw won the Newbery Medal, and Ramona Quimby, Age 8 and Ramona and Her Father have been named Newbery Honor Books. Her characters, including Beezus and Ramona Quimby, Henry Huggins, and Ralph, the motorcycle-riding mouse, have delighted children for generations.

4.6 out of 5 stars
4.6 out of 5
39 global ratings
How are ratings calculated?
To calculate the overall star rating and percentage breakdown by star, we don’t use a simple average. Instead, our system considers things like how recent a review is and if the reviewer bought the item on Amazon. It also analyses reviews to verify trustworthiness.

E
2.0 out of 5 stars Difficult to Read from a Non-US Perspective
Reviewed in the United Kingdom on 19 April 2016
Verified Purchase
The Luckiest Girl is a very light read about a girl called Shelley who spends one year (or two semesters, I think?) in orange county, staying with her cousins, at the age of sixteen. Basically, that is the premise and the plot of this book.

I read it as part of a YA reading challenge being hosted at The Midnight Garden. The idea is to read or reread some of the old YA classics, so they don't get forgotten. Beverly Cleary is clearly (ho ho) a big name in America, but I have never even heard of her, so I was coming from a different perspective to most of the readers.

I think that the appealing thing about this sort of very dated book is the nostalgia element and, since the situation and the high school culture are not familar to me, I couldn't really take part in this. As such, it was... well, sort of boring. I hesitate to write this because (if it truly is a classic) then people might be offended, but I would expect it to work the other way round as well, ie. some British classics would not appeal to our neighbours over the pond. The writing isn't noteworthy, very little of substance happens, and I couldn't relate to her experiences.

It will be interesting to read (and join in if I'm brave enough!) the discussion of this book, and see what others make of it.

pq
3.0 out of 5 stars A so-so book by a very good writer
Reviewed in the United States on 2 April 2019
Verified Purchase
Not one of Beverly Cleary's better books. The Ramona series is far better. The main character in this book is a teenage girl who seems quite shallow. She only cares about boys and everyone else is less vivid to her. It was written in 1958 at a time when deep friendships between girls and even having a colorful personality might have seemed less important. The main character had little dimension and because of that the book did not leave much of an impression on me, though it did give a good description of a small California town in that era.
Read more
One person found this helpful
Report abuse

Jenny A McElroy
5.0 out of 5 stars Classic
Reviewed in the United States on 2 January 2020
Verified Purchase
I remember reading this book in high school and loved it then. It was so much fun to read again
Read more
One person found this helpful
Report abuse

Kindle Reader AKA Mary Gersh
5.0 out of 5 stars Sweet story
Reviewed in the United States on 25 June 2016
Verified Purchase
This book is autobiographical, and completely different from all of her others. I enjoyed it very much. (Three more words.)
Read more
One person found this helpful
Report abuse

Anonymous
4.0 out of 5 stars Good, but not like Fifteen
Reviewed in the United States on 27 May 2013
Verified Purchase
The Luckiest Girl was a fantastic book. I liked it very much. I liked Fifteen better though. The characters were more realistic and believable. The Luckiest Girl was almost as good. It had amazing parts, but I just don't see how a brand new girl can come in and automatically have two handsome boys like her so fast. The Luckiest Girl was still interesting, and definitely worth reading.
Read more
2 people found this helpful
Report abuse
See all reviews
Get FREE delivery with Amazon Prime
Prime members enjoy FREE Delivery and exclusive access to movies, TV shows, music, Kindle e-books, Twitch Prime, and more.
> Get Started
Back to top
Get to Know Us
Make Money with Us
Let Us Help You
And don't forget:
© 1996-2020, Amazon.com, Inc. or its affiliates