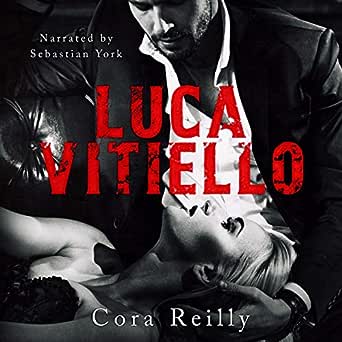 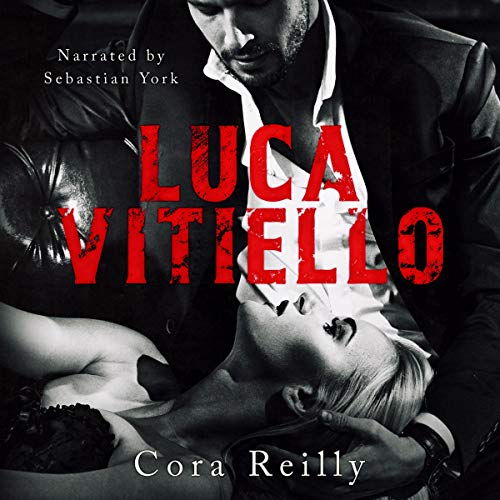 4.7 out of 5 stars
4.7 out of 5
627 global ratings
How are ratings calculated?
To calculate the overall star rating and percentage breakdown by star, we don’t use a simple average. Instead, our system considers things like how recent a review is and if the reviewer bought the item on Amazon. It also analyses reviews to verify trustworthiness.

Jaime
5.0 out of 5 stars OMG!!!! Sebastian York is perfect as Luca!!!!
Reviewed in Australia on 28 September 2019
Verified Purchase
I absolutely loved this story when I read the book, but hearing the characters brought to life by Sebastian York was incredible, he is growly and confident and alpha and just perfect. Everything that Luca is was carried across in Sebastians voice cannot believe how hot this was!!!!!

I Loved this audiobook cannot rate it enough stars, this epically explosive story in Luca’s POV is amazing and hearing it told by The HOTTEST voice I’ve ever heard was AMAZING!!!!!
Read more
Helpful
Report abuse

Ashy Walker
5.0 out of 5 stars I've waited years for this and it was worth it
Reviewed in Australia on 27 June 2019
Verified Purchase
Although this is pretty much rehashing what happened in the first book there is so much more insight. The first book was so incredible and this book was as just as incredible it felt like I was reading bound by honour all over again.
In my mind I remembered Aria's words and feelings while I read Luca's.
Wonderfully written.
Read more
One person found this helpful
Helpful
Report abuse

Jenatrix
5.0 out of 5 stars Awwwwsome
Reviewed in Australia on 26 June 2019
Verified Purchase
From the first moment I read Bound by honor I knew I wanted a Luca POV. This did not dissapoint. Every single moment in the book was just as amazing as the first. I've re-read the first one over and over, this one will be the same. Cora never dissapoints me in her books. Always surprising and full of suspense. Allot of authors series can lag on and get old but not this enticing series. I look forward and pray for more #corareillyfanforever
Read more
Helpful
Report abuse

Annette H.
5.0 out of 5 stars Loved it!
Reviewed in Australia on 30 July 2019
Verified Purchase
Loved this book. It’s been awhile since reading the series so it was a little like a trip down memory lane.
I usually despise the same story but from another POV - but this was exceptional. Highly recommend
Read more
Helpful
Report abuse

ShellDev
5.0 out of 5 stars BEST MAFIA SERIES.....LOVE IT!!!!!!
Reviewed in Australia on 29 September 2019
Verified Purchase
!!!Amazing Amazing!!!..Love the brothers bond in the book.........have read all books in this series I also read them over and over as they are just that good...LOVE this author.....Need more books like these
Read more
Helpful
Report abuse

Teal
5.0 out of 5 stars Something I didn't know I needed
Reviewed in Australia on 30 June 2019
Verified Purchase
Bound by Honour was the first book that introduced me to a world of the Mafia and it's men. Now in Luca Vitiello, it has taken me back to the beginning and painted the tale anew for me, in the behind the curtain views of a love that started it all, I fell in love all over again.
Read more
Helpful
Report abuse

Anonymous
5.0 out of 5 stars AMAZING!!what I didn’t know I needed!!
Reviewed in Australia on 25 August 2019
Verified Purchase
Was sceptical about reading this thinking enough of the story line from the first book but I was wrong!!!Amazing book..Love Luca and Aria..just want more..hoping for a next generation story maybe of their children?????
Read more
Helpful
Report abuse

Gboyle
5.0 out of 5 stars Loved It
Reviewed in Australia on 4 July 2019
Verified Purchase
Luca's POV filled in all the unanswered questions. Enjoyed it from beginning to end just like the series.
Read more
Helpful
Report abuse
See all reviews

This is BOUND BY HONOR in Luca's POV, including an insight from his childhood & teenage years. And his bond with his brother Matteo.
Luca was born and raised in the Famiglia by a Father who is the cruellest monster who happens to be the current Capo, until Luca takes his place.
Luca is to marry Aria (a daughter from the Chicago Outfit) to bring peace between New York and Chicago.
We've seen from Aria's POV in Bound by Honor, how Luca came across as a force to be reckoned with. Now we're being treated by Cora by getting it from Luca's POV.
Yes, Luca's a brute. He has to be seen as strong, to be a good Capo, to gain respect, to be feared.
Aria is petrified of Luca.
He sees this, and it's the last thing he wants as he's seen it from the way his father treated his mother and how he treats his stepmother.
He doesn't want to turn into his father.
Women have fallen at his feet in the past, he's never had to work for the attention. So he's got his work cut out for himself to gain Aria's trust.
Meanwhile the Bratva are causing problems.
So Luca has his hands full.
Find out how Luca fell completely for Aria.
Read more
3 people found this helpful
Report abuse

Magwan911
3.0 out of 5 stars Mafia romance
Reviewed in the United Kingdom on 21 July 2019
Verified Purchase
Told completely from the man's point of view, highlighting the pitfalls of being in the mafia, the violence and murder and an arranged marriage.
Definitely a page turner with story driving the characters forward. It's an interesting concept which makes you question what you would do. Being in the mafia there is no freedom and just a blind loyalty to violence and crime. It's no life.
The romance is the light in the darkness but will the dark completely submerge the light until there's nothing left.

I liked this, well written with good characters and dialogue.A lot of violence and torture. There is a lot of dark themes throughout but given its subject matter it's hardly surprising. Why only three stars, I thought it was rushed. Arias response to what she finds was great but the next few chapters was rushed, she needed to be a little but stronger and stand up for herself. I thought perhaps it would take longer for them to find their groove.

Definitely worth a look if you like a dark romance with a strong criminal content.
Read more
2 people found this helpful
Report abuse

Beckie Bookworm
4.0 out of 5 stars feel like I know Luca so much better for it.
Reviewed in the United Kingdom on 7 April 2021
Verified Purchase
This is Bound in blood but this time told completely from Luca POV and it was something I was really looking forward to experiencing, basically filling in the blanks and getting some perspective into Luca’s mindset and actions and though I’ve rated this the same it did have a slight edge for me with my enjoyment factor.

You really got to understand just how deeply Luca was feeling towards Aria.
His inner monologue explained a lot and though I still hate what he did in the initial days of his marriage I did get much more of an insight into the whys of it all.
I don’t forgive him quite yet but I do get it.
I still wish Grace got more of a comeuppance though she got off so lightly as did Luca.

Here you really do get to realise that Luca really cares about Aria and for him despite his vows in blood she is his first priority.

So this is basically a rehash of bound in blood just with a few extra scenes thrown in that weren’t in the original.
But despite that, I really enjoyed it and feel like I know Luca so much better for it.
Read more
Report abuse

Di D
4.0 out of 5 stars Enjoyed reading it from Luca's POV
Reviewed in the United Kingdom on 15 January 2021
Verified Purchase
I said in my initial review for Bound By Honor, that I would have liked to see it from a dual POV. Reading Luca's side gave me the depth, I wanted to see into the mafia side of the storyline.
Seeing how things played out from Luca's side was enjoyable. He is ruthless, but has a gentler side, that he refuses to show, because it will show weakness to his enemies, both from within his own family and the threats from outwith.
Aria is able to gradually break down those defenses, by showing her own strength. This is where the storyline takes on another angle. First you have Luca, Capo in waiting, then you have Luca the husband. Both equally as dangerous, but for entirely different reasons.
As next in line to be Capo for the New York mafia, Luca has a brutal reputation. As husband, he will protect his wife at all costs, even if it is from him.
Read more
Report abuse

BB, London
5.0 out of 5 stars LOVING LUCA
Reviewed in the United Kingdom on 2 July 2019
Verified Purchase
If you loved Luca in the first book, your gonna love him so much more by the end of this one. This book was more than just a repeat of the original story from Luca's POV. We get to understand his relationship with his father as well as an insight into his childhood and his bond with his brother Matteo. I loved seeing Aria through his eyes and watching his relationship with Aria develop and seeing Luca come to terms with his feelings for his wife. This series just gets better and better. Definitely Recommend
Read more
3 people found this helpful
Report abuse
See all reviews
Back to top
Get to Know Us
Make Money with Us
Let Us Help You
And don't forget:
© 1996-2021, Amazon.com, Inc. or its affiliates