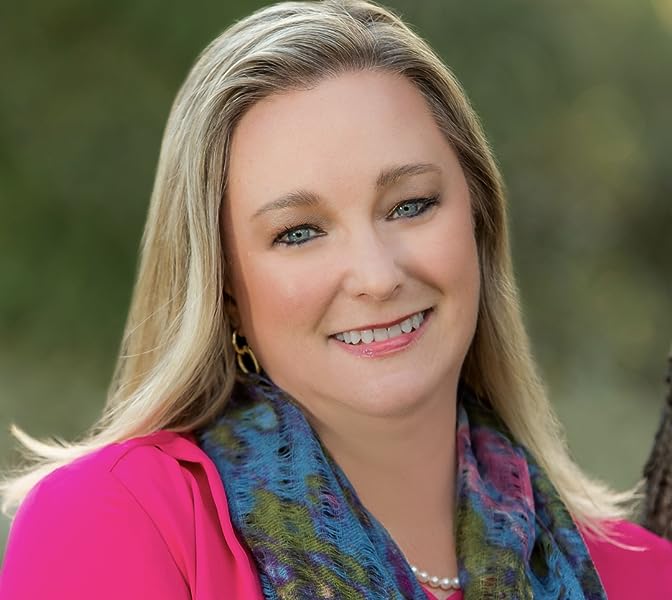 Page 1 of 1 Start overPage 1 of 1
Previous page
Next page
Start reading Lowcountry Book Club (A Liz Talbot Mystery 5) on your Kindle in under a minute.

Susan M. Boyer is the author of the USA Today bestselling Liz Talbot Mystery series. Her debut novel, Lowcountry Boil, won the Agatha Award for Best First Novel and the Daphne du Maurier Award for Excellence in Mystery/Suspense. She lives in Greenville, South Carolina, with her husband.

A working actor for over twenty years, Loretta Rawlins loves a good story and especially a good love story. She is most at home narrating books with strong-willed female characters and always enjoys an adventurous historical fiction novel or a mystery to be solved.

4.7 out of 5 stars
4.7 out of 5
471 global ratings
How are ratings calculated?
To calculate the overall star rating and percentage breakdown by star, we don’t use a simple average. Instead, our system considers things like how recent a review is and if the reviewer bought the item on Amazon. It also analyses reviews to verify trustworthiness.

Melinda
4.0 out of 5 stars Four Stars
Reviewed in the United Kingdom on 2 August 2016
Verified Purchase
Excellent read as are all the series.Enjoyed the story, kept me guessing until the end.
Read more
Report abuse

Cozyreaders
5.0 out of 5 stars A Look Into A Socialite's Murder and Life
Reviewed in the United States on 30 May 2018
Verified Purchase
Liz Talbot and her partner, husband Nate Andrews are busy on a new Private Investigation. It appears a socialite has been pushed to her death off her second floor library. The quickest thought the police have is the 'husband.' Liz and Nate are hired to research on behalf of the defense.

We are taken (as readers,) into the life of Charlotte, South Carolina. This book transports you to the streets and the society functions as easily as turning the pages. Shelby Poinsett, although married eighteen years is still a 'Poinsett.' Meaning great wealth and prestige. Shelby doesn't just sit around though and drink tea. This lady is active in many worthy charities around the city. She, also, is active in Church and the Library as well as the Tent city, and a century old Book Club.

In fact you feel there are too many suspects. As we readers join Liz and Nate mark off suspects from their list, you feel the pulse of this centuries old city.

A true joy to read. This was a very quick read for me as my attention never left the pages. Action, good dialog, and a well woven plot is just what has me returning volume after volume to this mystery series.

L. Kraft
5.0 out of 5 stars Susan M. Boyer has done it again!
Reviewed in the United States on 17 July 2016
Verified Purchase
Like all of the books in this series, this is a well written mystery with awesome characters. Private investigators, Liz Talbot and her husband Nate, are hired by the attorney firm of Rutledge and Radcliffe who represents Clint Gerhardt in the murder of his wife, socialite, Shelby Scott Poinsett Gerhardt.
The investigation is slow going because the victim, Shelby Scott Poinsett Gerhardt is beloved by all for helping those less fortunate and her many charitable causes. It seems no one has a bad word to say about her making finding her killer difficult. Once Liz visits with an old and exclusive book club Shelby belonged too, she finds out more about the politics of the book club and some viable people of interest in the murder. There was some red herrings well placed and a couple of attempted murders involved, but did not figure out who was responsible until the end. I read a LOT, and I have several series that I love and this is definitely one of them. If you like well written books, well drawn characters and some humor thrown in, this is a series for you. I finished this last night and the victims character was so well drawn, I'm still thinking about her and what all she could have accomplished if her life wasn't cut short.. I recommend this series to all readers of mysteries.
Read more
24 people found this helpful
Report abuse
See all reviews
Back to top
Get to Know Us
Make Money with Us
Let Us Help You
And don't forget:
© 1996-2021, Amazon.com, Inc. or its affiliates