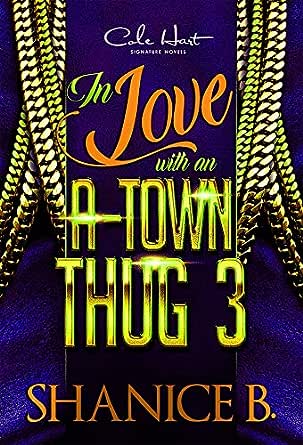 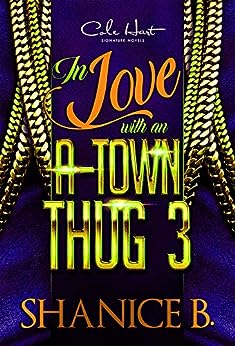 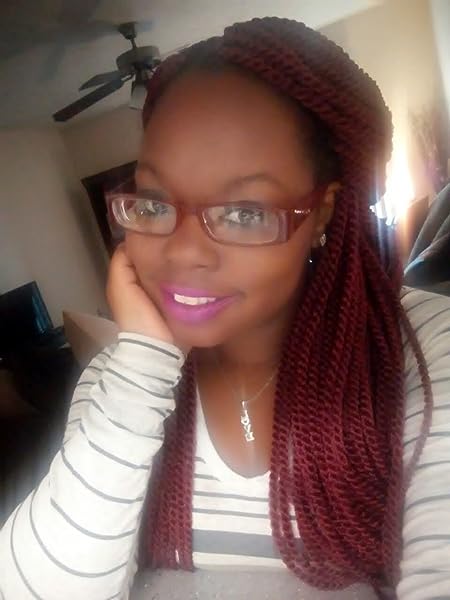 In Love With An A-Town Thug 3: The Finale: An African American Romance Novel Kindle Edition

Falling in love with another woman's husband was never the plan. But it’s a little late for Monay Hayes to turn off her feelings for the sexy dope boy, Jawan Miles. Now that Jawan has finally chosen Monay over his wife Alonna, you would think Jawan and Monay will finally have their happily ever after. However, this is far from the truth. Alonna is willing to do anything to make Jawan’s life hell. Stopping at nothing to tear Monay and Jawan’s relationship apart. Will Monay and Jawan’s love be strong enough to withstand Alonna’s wrath? Or will their love for one another be destroyed for good?

Once a cheater, always a cheater. This statement rings true for Desiree. Desiree believed Drew loved her; until she learned the hard way that Drew doesn’t love anyone but himself. Heartbroken and betrayed, Desiree is trying to pick up the pieces of her heart and move on with her life. Taking her best friend’s man is the first thing Desiree regrets doing. The only thing Desiree wants to do is fix the wrong she has done. Has she waited too late?


Drew did the very thing that he said he would never do to Desiree. He broke her heart and her trust. He wants to fully commit to Desiree, but his lust for the young and vibrant Kinsley continues to get in his way. Will Drew get his lustful desires under control in time to save his relationship with Desiree? Or will he lose her forever?


Alonna became emotionally destroyed due to her failed marriage to her dope boy husband, Jawan. The only person she feels she can count on to have her back happens to be her coworker, Doctor Cordan Williams. Cordan has been there for Alonna through her darkest moments. He also wants to give her the love she so desperately craves; however, the last thing she wants to do is let down her guard and fall in love again. Alonna doesn’t want to go through the pain and humiliation that she endured with her husband. But as her relationship with Cordan deepens, Alonna will find herself torn between falling in love again or hanging on to the bitter feelings that she harbors from her husband's betrayal.


Will Alonna be able to let the old hurt go and open her heart to a man who is willing to love her or will she let her hate and anger of what Jawan has done, snatch the little bit of happiness that she could have with someone new?
click to open popover

F.McKinney
5.0 out of 5 stars this final book was well worth the wait
1 November 2019 - Published on Amazon.com
Verified Purchase
I'm so happy that this series is finally complete. I enjoyed each book. I will say the only character I honestly cared about in this series was Monay I'm so happy that had happiness after everything she's been threw.
Read more
2 people found this helpful

Kindle Customer
5.0 out of 5 stars Surprised
2 November 2019 - Published on Amazon.com
Verified Purchase
Glad everyone was able to walk away with some happiness and peace. Glad Jawan was able to see his kids.
Read more

Kee Kee
3.0 out of 5 stars The series was good
11 November 2019 - Published on Amazon.com
The series was good. Just some things that I notice a lot of authors do in a series. The author forgot that Monay had contacted her father on Facebook at the beginning of book 3 and they were suppose to meet for breakfast. Then you say Monay contacts her father for the first time and he is dead. That made no sense. Then Jawan was describe in the first two books as a light skinned, gray eyed handsome man. Then in book 3 he is described as a coffee brown complexion with brown eyes. Details like that really throw a reader off. Otherwise the series was good.
Read more
4 people found this helpful

Kimberly L. Stephens
5.0 out of 5 stars Girl love it love it love it
30 October 2019 - Published on Amazon.com
This is a story of love, pain, forgiveness, and knowing when to let go because you are truly missing out on git blessings. This story hit home so much and I know hoe Alonna fel on a personal level and how that hurt can turn you into a vindictive person. I’m glad she found it in her heart to forgive him and they came together for the sake of the girls to coparent. My mom always told me, the same way that you get him will be the same way you lose him. I feel bad for Desiree then I don’t. I don’t want anyone to hurt but she was wrong for what she did. Monay my boo her heart is good and her hustle is real. I love how she didn’t let hurt consume her so much that she wouldn’t allow herself to love again. Great job sis on another great book.
Read more
One person found this helpful

shanelle
5.0 out of 5 stars MONAY AND JAWAN ❤
3 November 2019 - Published on Amazon.com
This series was filled with heartbreak, betrayal, bitterness, revenge, karma, love and growth. All the more reason to read and get hooked. I felt for Monay throughout this entire series. It seemed as though she was never going to get her happiness. Meeting Jawan gave her that happiness but not without its challenges. I was glad they stuck it out and made things work. Alonna was bitter but thanks to Cordan he was able to get her to see what she did was wrong. As the saying goes, you lose them how you get them is the Karma Desiree experienced with Drew. What looks good while your creeping doesn't always make for a happy ending when committed. I was happy she bossed up and didn't feed into Drews lies. Overall great series.
Read more
Go to Amazon.com to see all 33 reviews 4.4 out of 5 stars
Get FREE delivery with Amazon Prime
Prime members enjoy FREE Delivery and exclusive access to movies, TV shows, music, Kindle e-books, Twitch Prime, and more.
> Get Started
Back to top
Get to Know Us
Make Money with Us
Let Us Help You
And don't forget:
© 1996-2020, Amazon.com, Inc. or its affiliates