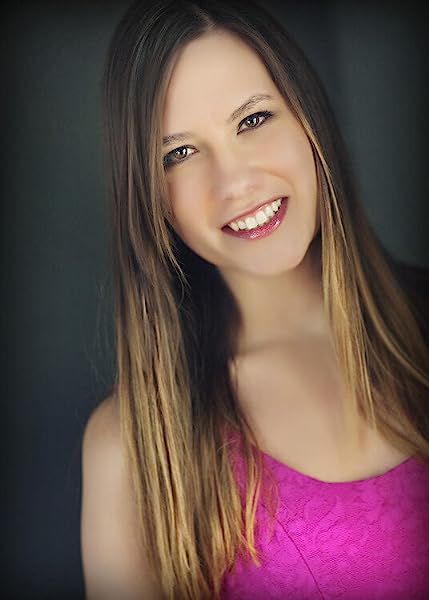 by Alexis Bass (Author), Brittany Pressley (Reader)
4.2 out of 5 stars 15 ratings
See all formats and editions
Sorry, there was a problem loading this page. Try again.

Love and Other Theories is a fast-paced twist on the coming-of-age novel and the romantic comedy that Kirkus Reviews called careful, subtle, and aching in a starred review.

Aubrey and her best friends made a pact to play by the guys' rules when it comes to dating. They're hoping the rules will keep them from experiencing high school heartbreak--they don't realize that these rules could just as easily keep them from opening their hearts and minds.

And when new boy Nathan Diggs moves to town, Aubrey starts to think that some rules are meant to be broken.

With equal parts bite and romance, topped off with an irresistibly engaging voice, Alexis Bass's novel is one you won't want to miss.

A system for avoiding heartbreak falls apart in an unexpectedly insightful tale of friendship and loyalty...What looks poised to be a romantic comedy (girl meets boy; theories fail; love triumphs) turns into something far more complex and bittersweet. Each character's life is carefully imagined, from Chiffon, the target of the girls' ridicule, to Shelby herself, whose carefree armor slowly begins to crack. The bullying is never forgiven. The lovers, once estranged, are never entirely reunited. The theories are indeed debunked, but what is left in their place is a kind of vulnerability and regret that can't be summed up in a romantic platitude. Careful, subtle, and aching.

Bass' debut is an entertaining perspective on the battlefield of the teen dating world.

In her debut novel, Bass provides honest, incisive, and sometimes uncomfortable insights into the complicated intersections of friendship and romance, the ways sex can be wielded as a weapon, and the measures some teens take to protect themselves from pain. Readers navigating the tempestuous emotions and relationships of high school should readily connect with these characters' hopes, sorrows, and missteps as they prepare to strike out on their own.

Warning: Bass' debut novel will ignite all your feelings!

Alexis Bass grew up in Washington, went to college in Arizona, and currently lives in Northern California, where she works in marketing. This is her first novel.

Brittany Pressley has won several Earphones Awards as well as the prestigious Audie Award for Best Narration in 2018. She has recorded over one hundred titles and has received several nominations for American Library Association's annual list of Amazing Audiobooks for Young Adults. She is also an accomplished singer-songwriter and voice actress. Her voice can be heard on national and international TV and radio commercials as well as several animated series and video games. She is a graduate of Columbia University.

Alexis Bass is an American writer. She is the author of four contemporary young adult novels including the critically acclaimed debut Love and Other Theories.

C. H.
5.0 out of 5 stars A beautiful, gut wrenching book.
Reviewed in the United States on 16 February 2016
Verified Purchase
I just finished this book and I absolutely loved it. It made my heart hurt. I longed for certain characters to be better people than they were but my disappointment in them only stemmed from how realistic and relatable it is to want more from someone and not be able to get it. On the other hand, other characters showed up in heartwarming and unexpected ways. This one will stay with me for a long time.
Read more
One person found this helpful
Report abuse

Lee Kelly
5.0 out of 5 stars A rich, bold, gutsy debut
Reviewed in the United States on 10 July 2015
Verified Purchase
There are books that sneak up on you, slowly but surely surprising you, surrounding you until you're fully immersed and in that strange place where you need to keep reading but don't want the story to be over -- and this is one of those books. I started L&OT happily enough, thinking I was in for some high school drama and Mean Girl-esque shenanigans, and I ended up in tears.

The characters are authentic/multifaceted, the situations are complicated, the landscape is as real and reminiscent as it is heartbreaking. It's a rich, bold, gutsy debut, and absolutely deserves to be widely read. Highly recommend.
Read more
4 people found this helpful
Report abuse

Allison C.G.
5.0 out of 5 stars Vivid, delicious read about sex, love, intimacy in high school and beyond
Reviewed in the United States on 20 January 2015
Verified Purchase
Love & Other Theories is a vivid portrayal of the walls and barriers girls/women put up to deal with sex, love, intimacy and the pending ending of it eventually. Most relationships in our whole lives never last...we, women, have evolved over time to adapt to our generation's blasé attitude about hooking up, commitment, love, intimacy. Alexis does a beautiful job at using a storyline of high school girls who have "theories" they use about boys/guys to protect their friendships, to protect their hearts. Alexis has hit a chord on a deeper societal problem with our relationship evolution as a whole...is commitment outdated? Is intimacy fleeting? I loooved this book and her raw, uninhibited way of using language to convey true feelings of the main character Aubrey, who is ending her senior year in high school with a question of "who to choose, if any?" when it comes to guys. I highly recommend this book...it was a delicious read!
Read more
6 people found this helpful
Report abuse

Sebuchi
5.0 out of 5 stars I didnt want it to end!
Reviewed in the United States on 6 January 2015
Verified Purchase
I wasn't expecting so much depth and heart in this debut novel by Alexis Bass but I found myself so engrossed I couldn't put the book down. The character development is fabulous and the characters are very believeable as teenagers, and I loved seeing them change and grow. I love Alexis Bass' writing style, her prose flows so naturally and beautifully throughout the novel. When I finished the book I was sad to see my favorite characters leave my life, esp Aubrey. I hope there is a follow up novel!
Read more
4 people found this helpful
Report abuse

KCAMommy
5.0 out of 5 stars Buy it now!
Reviewed in the United States on 2 January 2015
Verified Purchase
I loved this story. It's incredibly well-written and I found myself truly feeling everything Aubrey was going through as I read. I literally cried when she cried and got angry right along with her. It brought out a lot of feelings and emotion from my own past. I cannot wait for another Alexis Bass book!
Read more
2 people found this helpful
Report abuse
See all reviews
Back to top
Get to Know Us
Make Money with Us
Let Us Help You
And don't forget:
© 1996-2022, Amazon.com, Inc. or its affiliates