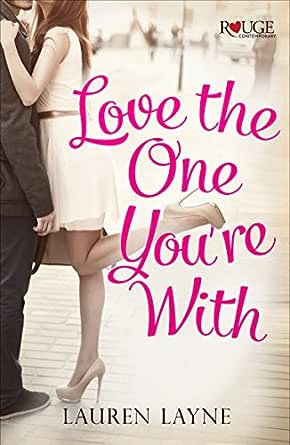 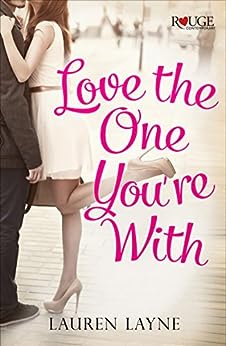 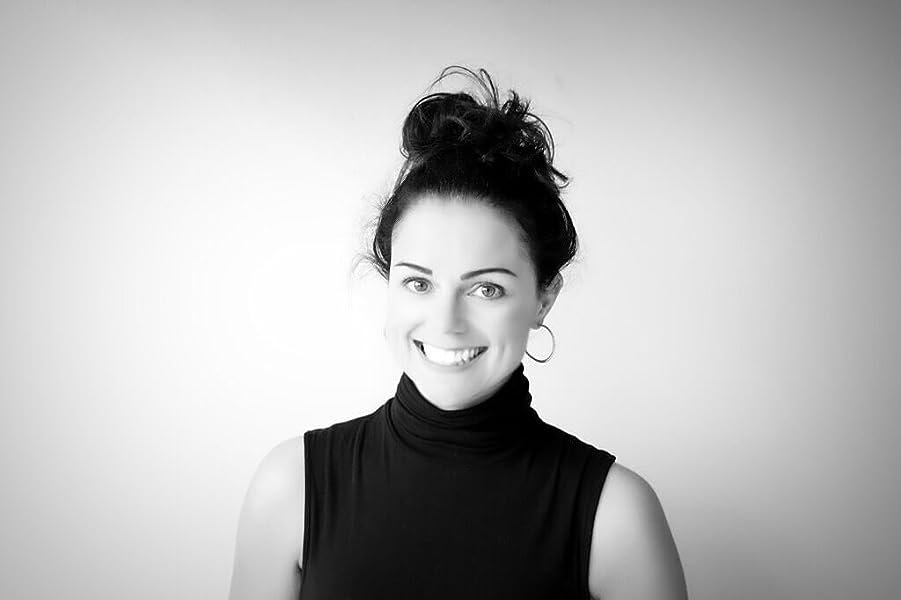 Love the One You're With: A Rouge Contemporary Romance: (Sex, Love & Stiletto #2) Kindle Edition

A fun and sexy romp through Manhattan, Love the One You’re With is a great addition to the Stiletto series! -- Elisabeth Barrett, author of Slow Summer Burn

Spunky, flirty, and full of sass, Love the One You’re With is everything a romance should be! Lauren Layne has a winner -- New York Times bestselling author Christie Craig

A sparkling romance for any woman who’s ever reinvented herself . . . or wants to -- Stephanie Bond, bestselling author of Stop the Wedding! --This text refers to an out of print or unavailable edition of this title.

LAUREN LAYNE graduated from Santa Clara University with a B.S. in political science that she has yet to put to good use. After dabbling in an e-commerce career in Seattle and Southern California, Layne moved to New York City, and back to Seattle where she now writes full-time. She lives with her husband and their plus-size pomeranian pooch. --This text refers to an out of print or unavailable edition of this title.

4.5 out of 5 stars
4.5 out of 5
46 global ratings
How are ratings calculated?
To calculate the overall star rating and percentage breakdown by star, we don’t use a simple average. Instead, our system considers things like how recent a review is and if the reviewer bought the item on Amazon. It also analyses reviews to verify trustworthiness.

Amazon Customer
4.0 out of 5 stars Favorite so far
Reviewed in Australia on 28 October 2015
Verified Purchase
This is my favorite book so far. I love Grace's 2.0 revenge and the 1.0 humour. With the arrival of new character Emma, The Stiletto girls have now become a foursome and Jake never stood a chance of winning the competition between rival magazines! A little predictable as (Spoiler alert) the ending reminded of the movie 'Never been kissed'
Read more
Helpful
Report abuse

Bindi Boo
5.0 out of 5 stars Her books are short and sweet with mild angst towards the end
Reviewed in Australia on 28 July 2016
Verified Purchase
5 stars

I'm on a roll with this author. Her books are short and sweet with mild angst towards the end. A little bit of 'how to lose a guy in ten days' meets 'never been kissed'
Read more
Helpful
Report abuse

Shelagh
TOP 500 REVIEWER
4.0 out of 5 stars Light, fun and witty
Reviewed in Australia on 31 December 2015
Love The One You're With is witty and sweet and funny and touching and I really enjoyed reading it.
What do you get when you put two experts on the opposite sex together and have them read what each other is feeling then write about it? Well in addition to some funny one-upmanship situations for the benefit of the reading public and their office colleagues, Jake and Grace found themselves falling in love.
These two are likeable characters from the start. Of course they're gorgeous. That's a given in many romance novels, but they each have their little flaws that make them human. For Grace, it's a love of chocolate and those little voices in her head worrying her over whether to go for it or just keep things professional. Jake hates Yankee Stadium, which is a big no-no in New York City, where this book is set. He's always felt like something is missing in his life and has convinced his editor that if he does this writing gig with Grace then he should become their new travel writer once it's over.
The plot is light and fast paced and while probably written for a twenty something audience it's a good read for anybody looking for a quick, fun read. If you loved The Devil Wears Prada you'll love this book.
Read more
Helpful
Report abuse
See all reviews

Michelle
4.0 out of 5 stars nice read
Reviewed in the United Kingdom on 18 January 2021
Verified Purchase
3.5 stars
Grace and Jake both believe they are the number one person to read the opposite sex. Well, lets put that to the test.

I enjoyed this competitive work romance. Grace and Jakes interactions with each other were funny and filled with chemistry. I loved their banter.

There was a bit in the middle that kind of fell flat for me but other than that, this was a very enjoyable read.
Read more
Report abuse

L. owen
4.0 out of 5 stars A nice light read
Reviewed in the United Kingdom on 6 July 2016
Verified Purchase
I do like these stories and this author. You get sort of sucked into the characters. They revolve around a set of characters and you meet the other potential leading characters to the next story in the previous ones. They all sort of meld together into a blur. I read the entire series in a week, including their sister series based on the Men's magazine Oxford characters mentioned in the Stiletto girls stories frequently.
It's all quite fluid. You can go from one to another, and hear about the characters you've already seen get together later on in the next story.
It's fun and flirty, kind of lighthearted and it doesn't try to be overly sappy or sexy.
I think they kept me hooked by keeping the pace light and easy. there was no bogging down in one character's head pondering the meaning of their relationship. Even the dramas seem to turn around and solve themselves quite quickly, so there's no chance of getting bored.
Read more
Report abuse

Deanne
5.0 out of 5 stars Loved the series
Reviewed in the United Kingdom on 25 April 2019
Verified Purchase
Thoroughly enjoyed this book wish there was more
Read more
Report abuse

Kim C.
4.0 out of 5 stars Lauren Layne is becoming my favorite romance author
Reviewed in France on 18 October 2018
Verified Purchase
Fourth Lauren Layne’s book and still love it.
Maybe I’ll get tired of it, but this one was good too. This time, I wasn’t into the male character as much as I was with Mitchell Forbes (After the kiss) or Colin Sharpe (Irresistibly yours), but still, I really clicked with the story and read it in just one day.
I like that the characters could be real people. They’re not twenty-something billionaires, and not all graduated from Ivy leagues colleges. They have their fears, struggles, insecurities. Well, mostly women have insecurities. The men are unrealistically all very handsome, with amazing six packs. If they were so many gorgeous men on the planet as in all the romance novels, I’m wondering why I only spot one once in a while. Nevertheless, Lauren Layne makes everything plausible.
Grace struggling echoed in me. Her desire to be another woman after her longtime boyfriend cheated on her. How there always a voice in her telling not to trust men because it hurt too much.
Sure, the story isn’t very original. When you’ve read enough rom-com novels, and watch as many, I expected that Jake would be dealing with feelings that he never had before, that there will be a happy ending and that at some point the ex-boyfriend would come back. But L Layne’s has a way to make you want to read to see how it’ll happen.
If I have a bit of advice for those who haven’t read the Stilettos series, don’t read the Oxford series before. All the books can be read independently, but at some point, there are some references to the Stilettos stories in the Oxford one so it can spoil the surprise a little.
Read more
Report abuse
See all reviews
Back to top
Get to Know Us
Make Money with Us
Let Us Help You
And don't forget:
© 1996-2021, Amazon.com, Inc. or its affiliates