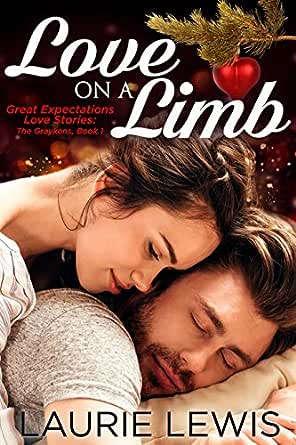 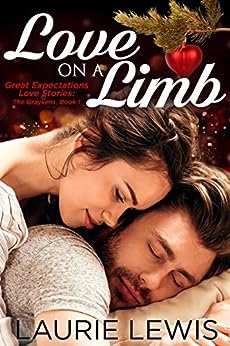 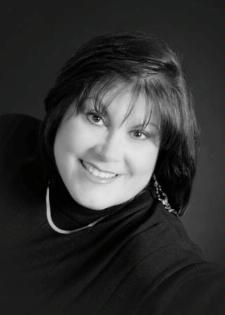 NAMED BEST NEW FICTION 2018 by New Apple Literary!
When love alone isn’t enough to save the one you love, you might also need a little miracle.

Matthew Grayken is young, successful, and dying, which is why he’s about to propose to a total stranger. He isn’t interested in love. He needs a caregiver, a companion, and someone to be his legal voice when he can no longer speak for himself.

Lonely, compassionate nurse Mikaela Compton is intrigued by Matt Grayken’s tender request, but when their friendly marriage turns into love, she rejects the inevitability of Matt’s death and prays for a miracle instead.

Mikaela succeeds in reigniting Matt’s will to fight, but his body is losing the battle, and her determination to save him causes her to betray the fundamental promise she made him--to help him die.

Their last hope at saving Matt's life will require a sacrifice from each of them, and force them to decide how far out on a limb they're willing to go for love.

Laurie (L.C.) Lewis is Marylander-a weather-whining lover of crabs, American history, and the sea. She admits to being craft-challenged, particularly lethal with a glue gun, and a devotee of sappy movies. Love on a Limb (2017), is her tenth published novel. Laurie's other women's fiction novels include Sweet Water (2017), The Dragons of Alsace Farm (2016), Awakening Avery (2010), and Unspoken (2004), written as Laurie Lewis. Using the pen name L.C. Lewis, she wrote the five volumes of her award-winning FREE MEN and DREAMERS historical fiction series, set against the backdrop of the War of 1812: Dark Sky at Dawn (2007), Twilight's Last Gleaming (2008), Dawn's Early Light (2009), Oh, Say Can You See? (2010), and In God is Our Trust, (2011). Her romantic suspense novel, "Leverage," launches in February 2018. She loves to hear from readers, and she can be contacted at any of these locations. Website www.laurielclewis.com VIP Readers' Club https: //www.laurielclewis.com/newsletter Twitter https: //twitter.com/laurielclewis Goodreads https: //www.goodreads.com/author/show/1743696.Laurie_L_C_Lewis Facebook https: //www.facebook.com/LaurieLCLewis/ Instagram https: //www.instagram.com/laurielclewis/ Amazon: https: //www.amazon.com/-/e/B001J

Love On A Limb is a fantastic holiday romance by Laurie L.C. Lewis. Ms. Lewis came to my attention when I read her book Sweet Water, followed by The Dragons of Alsace Farm. Those books were really wonderful, so when this one showed up in my feed I knew I had to read it. This story really does have quite a lot going on in it- there is romance, discovery, a struggle between life and death, coming to terms with one’s mortality, love and faith, emotions, humour, and is really a rewarding read. I laughed, but boy did I cry. This book should come with a box of tissues, because you are going to need them.
This story really touched me, and etched its way deep into my heart! The subject matter is devastating- terminal illness isn’t a light and fluffy subject matter- but the author wrote with such emotion and in such a powerful way that the character and their stories mattered to me, I was by their side rooting for them the whole way- laughing with them, crying with them and most of all fighting alongside Matt in his battle with cancer. This story slayed me! I was so invested in it, I have a bit of a book hang-over now it’s finished, but I would turn around and do it all over again because this story is special and touches the reader in unexpected ways.
I really recommend this story to anyone who loves a wonderful story that will stay with you long after you read the final words. This is a holiday romance that can be enjoyed at any time of the year!!
I look forward to Ms. Lewis’ next book!

Cathy Morgan
TOP 500 REVIEWER
5.0 out of 5 stars great book
10 May 2018
Format: Kindle EditionVerified Purchase
Clean, well-written, and at times heart-wrenching, this book is the first book I've read by the author, but it won't be the last. Love in the face of a (probably) terminal illness is not a topic that many books look at, but this book does, and does it well. The reader is carried along on a journey over the course of which two strangers get married and fall in love - possibly in that order - all the while facing the fact that they may soon be parted by death. Overall, interesting characters, an intriguing and well-executed plot, and writing that draws you in to be part of it all - what more could you want?
Read more
Helpful
Comment Report abuse

Rosemary Hughes
TOP 500 REVIEWER
5.0 out of 5 stars Make this the book you read, this year!
3 June 2019
Format: Kindle EditionVerified Purchase
This story is worth 10 stars, for its sensitive and emphatic dealing with the big C.
It's a story of courage and determination, of love and friendship, of understanding and cooperation.
I have read many books over the years, and this must be my top 5.
So, even if you don't read any other story, this book you should make the effort to read, and then hug the ones you love and hold dear to you.

Robin Hansen
TOP 500 REVIEWER
5.0 out of 5 stars Pure love
12 May 2018
Format: Kindle EditionVerified Purchase
Amazing book. Laurie draws the reader in to identify from the heart with the characters of love, Matt and Mikaela, never giving up, never losing hope, fighting to have the time together, to keep loving each other. Tears flowed, tissues capturing the heartbreak the reader feels for this couple. Best book I have read in a long time, and will stay with me for a lifetime.
Read more
Helpful
Comment Report abuse

Dorothy Bihary
5.0 out of 5 stars Tender and amazing
21 April 2019
Format: Kindle EditionVerified Purchase
A most tender and understanding story beautifully written
It resonated with me and the loss of my husband in the many changes and self images that occur .
The conflict of the parents and the will to try everything was very touching .i couldn’t put it down . Will read the next one

SSReadsALot
4.0 out of 5 stars Surprisingly different
9 March 2018
Format: Kindle EditionVerified Purchase
I really enjoyed this surprisingly different and heartwarming story. It’s well written, and I found the characters so likeable. The storyline itself is both believable and endearing, and the book is one I would highly recommend for a Christmas read, or just when you want a touching story.
Read more
Helpful
Comment Report abuse

Kindle Customer
TOP 1000 REVIEWER
5.0 out of 5 stars Heart warming
20 December 2017
Format: Kindle EditionVerified Purchase
Most exquisitely crafted and poignant tale have had the privilege of reading in a long time. Outstandingly heart warming and heart lifting. I think everyone would like to have a love like that. At least, I would!
Read more
Helpful
Comment Report abuse

Wow this book had me on such an emotional roller coaster of emotions. Its been a while since a book has had me literally sobbing in places. Its safe to say in some parts of this book I reckon I had the ugly cry happening. This boo is full of hope, romance and sadness. Matt is young and successful when his life takes an ugly turn for the worst. Matt goes from being healthy to terminal and now he has decisions to make. One decision he makes is the he needs to get married so if and when the time comes he doesn’t have a voice any longer there will be someone around who can talk for him. But Matt is not looking for love, he has not time to find that, so he settles for a companion cross carer. His choice leads him to Mikaela, Mikaela is already his carer and is also a nurse. When Matt gives her his proposition she agrees to be his wife to make sure his needs will be met later. But under these conditions will the marriage work? And will they develop feelings for each other? I would suggest that you have tissues on hand when reading Love on a Limb. This is one book I will be reading again some time in the future. Thank you, Laurie, for such a wonderful book and believable characters. If a book could be rated more than a five this book would be.
Read more
Helpful
Comment Report abuse
See all 10 customer reviews
Write a customer review

Go to Amazon.com to see all 145 reviews 4.8 out of 5 stars
Get FREE delivery with Amazon Prime
Prime members enjoy FREE Delivery and exclusive access to movies, TV shows, music, Kindle e-books, Twitch Prime, and more.
> Get Started
Back to top
Get to Know Us
Make Money with Us
Let Us Help You
And don't forget:
© 1996-2020, Amazon.com, Inc. or its affiliates