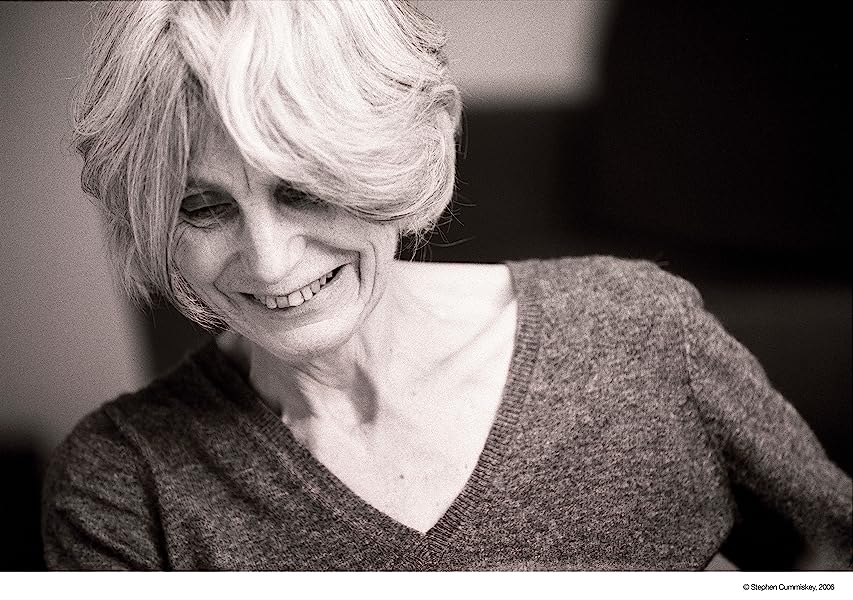 by Caryl Churchill (Author)
4.6 out of 5 stars 73 ratings
See all formats and editions
Sorry, there was a problem loading this page. Try again.
From esteemed British playwright Caryl Churchill - a fast moving kaleidoscope - in which more than a hundred characters try to make sense of what they know. Someone sneezes. Someone can't get a signal. Someone shares a secret. Someone won't answer the door. Someone put an elephant on the stairs. Someone's not ready to talk. Someone is her brother's mother. Someone hates irrational numbers. Someone told the police. Someone got a message from the traffic light. Someone's never felt like this before.
Read more
Previous page
Next page

'This exhilarating theatrical kaleidoscope... What is extraordinary about Churchill is her capacity as a dramatist to go on reinventing the wheel' Guardian; 'A myriad of short scenes, a plethora of ideas, a large cast, a script of unallocated lines (with an appendix of "random" alternatives), a comedy of communication, a drama of depression, a modern manual of sex, memory and schizophrenia. I'm not quite sure how it happens, but every time Caryl Churchill writes a play, she breaks the mould' Whatsonstage.com; 'In the fast-moving traffic of life there are still quiet moments of beauty, heart wrenching sorrow, joy, and profound epiphanies... (The) succinct and thought-provoking script... speaks volumes about the fast turnover of modern life. Five Stars' Huffington Post; 'A wonderful web of complex emotions, memories, secrets and facts' A Younger Theatre 'The wit, invention and structural ingenuity of Churchill's work are remarkable...she never does anything twice' Telegraph

Caryl Churchill is a leading playwright who has written widely for the stage, television and radio.

Start reading Love and Information (NHB Modern Plays Book 0) on your Kindle in under a minute.

Caryl Churchill has written for the stage, television and radio. A renowned and prolific playwright, her plays include Cloud Nine, Top Girls, Far Away, Drunk Enough to Say I Love You?, Bliss, Love and Information, Mad Forest and A Number. In 2002, she received the Obie Lifetime Achievement Award and 2010, she was inducted into the American Theater Hall of Fame.

GreyJediMetalCore
3.0 out of 5 stars An interactive form of stage theatre that is let down by a lack of direction and flow.
Reviewed in the United Kingdom on 2 February 2016
Verified Purchase
Love and Information is an interesting if somewhat disjointed read. Caryl Churchill's episodic stage production is a collection of varying scenes that all feel separated from each other with little narrative flow and all feature mostly brief sharp dialogue. This is a good play for up and coming actors (myself included who is studying this as part of an HNC in Acting and Performance) to perform and study. The intention by Churchill is very much to let the actors form their own interpretations and create a situation out of the dialogue to form a scene. This form of interactive storytelling is effective but can also feel confusing and even alienating to those wanting a fully developed story. I personally like certain scenes but there are some dull and undeveloped ones that lack a lot of pull to them. It's a good play for beginners but not completely satisfying to learn about.
Read more
Report abuse

Ilona Bell
4.0 out of 5 stars Interesting concept
Reviewed in the United Kingdom on 4 May 2014
Verified Purchase
I have recently just been back stage crew for a university performance of Love and Information. The play is hard to understand as a text with short snippets of conversation seemingly starting from no where and over 100 unnamed characters. It also takes a lot of work to get it into a play with a huge amount of characterisation involved but once it's completed it looks great! You can tell the meaning of the play from the performance especially but it still makes for an interesting and thought provoking read.
Read more
Report abuse

David Morton
5.0 out of 5 stars Love and information
Reviewed in the United Kingdom on 6 February 2013
Verified Purchase
LOVE and Information by Caryl,Churchill
I saw the premiere production of this play and I value highly the unique script!
Read more
One person found this helpful
Report abuse
See all reviews
Back to top
Get to Know Us
Make Money with Us
Let Us Help You
And don't forget:
© 1996-2022, Amazon.com, Inc. or its affiliates