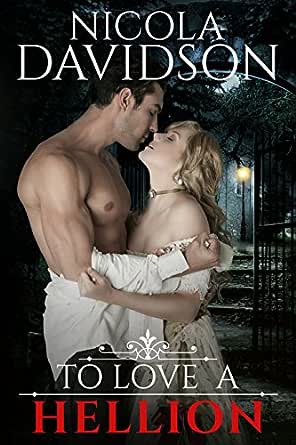 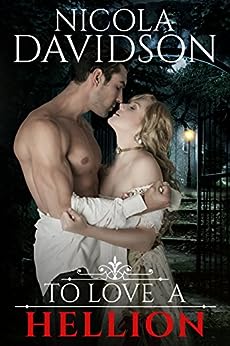 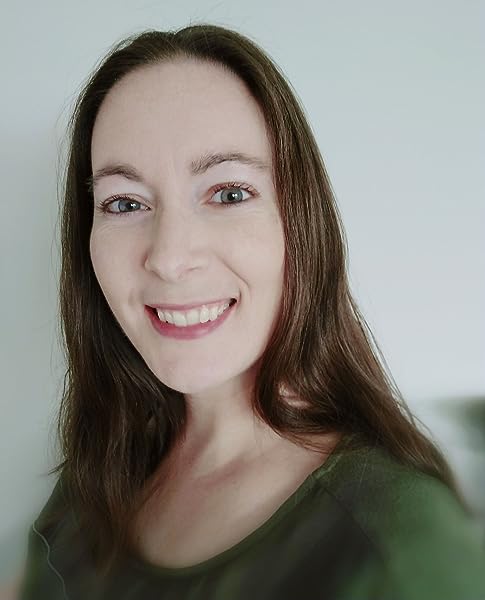 To Love a Hellion (The London Lords Book 1) Kindle Edition

An Avid Reader
5.0 out of 5 stars A delightful read!
Reviewed in Canada on 26 August 2018
Verified Purchase
Such a delightful read! Sexy and suspenseful, with a cast of characters I'm dying to know more about. I can't wait to read the sequel!
Read more
Report abuse

yardtree
2.0 out of 5 stars Cute banter
Reviewed in the United States on 10 March 2017
Verified Purchase
I read this book after googling "historical romance novels with a plot". The recommendation came from a reviewer on Goodreads. The book did have a plot with a real cliffhanger. I liked the hero and heroine and their banter. However, why make a point that the hero is some genius mathematician without any references in the book indicating the aptitude? Supposedly, he used an equation to pick out the perfect wife, but really? No evidence how he mathematically came to the conclusion. The vernacular was modern and not regency era, which is not uncommon but seemed more pronounced in this book. One thing really bugged me. The "brotherhood" is so vague; and, at the end of the climax, too many loose ends were not explained, leaving me annoyed.
Read more
2 people found this helpful
Report abuse

like2read
4.0 out of 5 stars Mystery, mayhem, cake and crushed toes---a delicious recipe for your reading pleasure
Reviewed in the United States on 16 July 2016
Verified Purchase
To Love a Hellion was an engaging read peopled with well-developed characters, delightful dialogue, great pacing and a well-drawn undertone of lurking menace to keep you awake at night, reading. Both the hero and heroine were sympathetic characters, and for the most part the secondary characters also came across as 'real'. There were times though, specifically with the male secondary characters, where their voices sounded the same, so I was scratching my head trying to figure out who was who, rather than being able to recognise them right off the bat. Some of the sex scenes detracted from my reading experience - the wedding night for instance, and the virginal bride's reactions once the consummation was underway was one, but the scene where she is propped up on her elbow exploring her husband's body mere hours after her stepfather has severely injured her shoulder read as highly improbable. Taff, one of the villains, was clearly the villain from the moment he first appeared in the story, and I freely admit I would have preferred he had been written in a less obvious manner. On the other hand, I particularly liked the fact that the heroine of this story could not shoot a pistol, and had never acquired knife throwing skills - or in the case of china which she threw quite a lot, hadn't honed that skill to the degree where she might have been able to hit her target. The hero's purported superior intelligence wasn't evident or evidenced anywhere in the story, though at the start of the story we are told he used mathematics to determine who amongst the eligible young ladies of the Ton would make the most suitable wife for him. Of course he gets that wrong, and his chosen fiancee obliges the storyline by eloping with the heroine's consolation choice very early in the story. The chemistry between the hero and heroine was certainly clear and the relationship developed steadily and credibly throughout the story. I highly recommend it.
Read more
3 people found this helpful
Report abuse

Valerie A Kader
5.0 out of 5 stars Loved it!
Reviewed in the United States on 16 August 2017
Verified Purchase
I love regency romances! This is my first book by this author, and I loved it! The premise was mildly intriguing - debutante in love with her brother's best friend since childhood finally gets her chance - but what really drew me to the book were the reviews claiming hilarity. The heroine, Miss Caroline Edwards, was very compelling - pretty, statuesque, and adventurous. The hero, Stephen Forsyth, Earl of Westleigh, was also very compelling - handsome, aristocratic, and loyal. They had great chemistry and some sizzle. The storyline was unpredictable and entertaining. The author's writing style delivered every bit of the humor promised in the reviews and sample. Overall, I loved it and can't wait to read book two!
Read more
One person found this helpful
Report abuse
See all reviews
Get FREE delivery with Amazon Prime
Prime members enjoy FREE Delivery and exclusive access to movies, TV shows, music, Kindle e-books, Twitch Prime, and more.
> Get Started
Back to top
Get to Know Us
Make Money with Us
Let Us Help You
And don't forget:
© 1996-2020, Amazon.com, Inc. or its affiliates