Temporarily out of stock.
Order now and we'll deliver when available. We'll e-mail you with an estimated delivery date as soon as we have more information. Your account will only be charged when we ship the item.
Delivery Rates and Return policy
Flip to back Flip to front
Listen Playing... Paused   You're listening to a sample of the Audible audio edition.
Learn more
See all 3 images 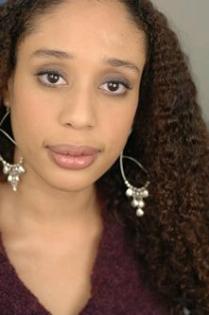 by Alaya Dawn Johnson (Author)
4.9 out of 5 stars 7 ratings
See all formats and editions
Sorry, there was a problem loading this page. Try again.

Praise for The Summer Prince*Like leaping into cold water on a hot day, this original dystopian novel takes the breath away, refreshes, challenges, and leaves the reader shivering but yearning for another plunge. -- Booklist, starred review*With its complicated history, founding myth, and political structure, Palmares Tres is compelling, as is the triple bond between June, Enki, and Gil as they challenge their world's injustices. -- Publishers Weekly, starred review*An art project, a rebellion and a sacrifice make up this nuanced, original cyberpunk adventure.... Luminous. -- Kirkus Reviews, starred reviewLonglisted for the National Book AwardA Kirkus Best Book of the Year

Alaya Dawn Johnson's first novel for young adults, The Summer Prince, received three starred reviews, was longlisted for the National Book Award, and was a Kirkus Best Book of the Year. She is also the author of Love Is the Drug. She grew up in Washington, DC, attended Columbia University, and now lives in New York City.
Tell the Publisher!
I’d like to read this book on Kindle

4.9 out of 5 stars
4.9 out of 5
7 global ratings
How are ratings calculated?
To calculate the overall star rating and percentage breakdown by star, we don’t use a simple average. Instead, our system considers things like how recent a review is and if the reviewer bought the item on Amazon. It also analyses reviews to verify trustworthiness.

Tez Miller
4.0 out of 5 stars THE FIXER meets ADAPTATION
Reviewed in Australia on 2 April 2018
Emily Bird is a scholarship student in a prestigious DC school, but her future is uncertain when she awakes in the hospital unable to remember why she's there. But there's more trouble to come: a deadly virus is spreading, putting the school in lockdown, and a Homeland Security agent is far too close for comfort. Bird's only solace is the school's conspiracy theorist and resident drug-dealer as they investigate what's happening around them. But there are those who'd rather Bird NOT remember what she knows...

LOVE IS THE DRUG is like Jennifer Lynn Barnes's THE FIXER meets Malinda Lo's ADAPTATION. I so hope Alaya Dawn Johnson writes more young adult novels, because this one and THE SUMMER PRINCE are great reads. I particularly like her use of settings, which are thoroughly explored.
Read more
Helpful
Report abuse
See all reviews

Skye Kilaen
5.0 out of 5 stars Truly outstanding, especially on audio
Reviewed in the United States on 1 November 2018
Verified Purchase
Gripping conspiracy / mystery / high school coming of age novel with an opposites-attract romance subplot, about a young African-America woman from an elite Washington D.C. family. It was written by black woman, and it's narrated brilliantly for audio by Simone Missick who plays Misty Knight on Netflix's Luke Cage. So good that I actually stopped listening to it at about 85% for weeks because I couldn't bear for it to end.

I adore the main character, Emily Bird, and I adore her drug-dealing crush, who goes by the nickname Coffee, and I want to run over the main antagonist with a truck except that I'm so scared of him I would run away. Johnson blends so many strands so beautifully: a mysterious viral outbreak; Emily's relationships with her family, friends, and frenemies; the developing, sometimes contentious relationship she has with Coffee; and Emily's own journey of self-discovery, reinvention, and resistance. Looking back, I can't believe how much stuff is in this book and how neatly it all fits. Gorgeous book, should be far better known.

Karen A. Wyle
5.0 out of 5 stars Thought-provoking, lyrical mixed-genre coming of age story
Reviewed in the United States on 16 April 2016
Verified Purchase
I'm rounding up about half a star.

This thought-provoking near-future story is a distinctive and successful blend of thriller, love story, and YA coming-of-age story. While some of the characters are close to two-dimensional, the principals are fully realized and compelling. The prose is lovely, often almost poetic.

Above all else, this is a story about relationships, familial and otherwise, and readers may well end up reexamining and reevaluating some of their own relationships.
Read more
One person found this helpful
Report abuse