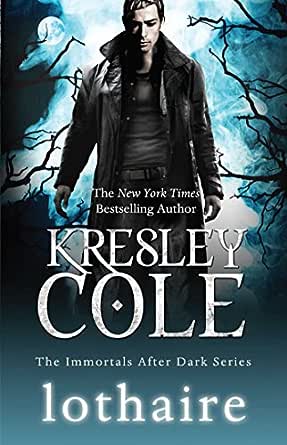 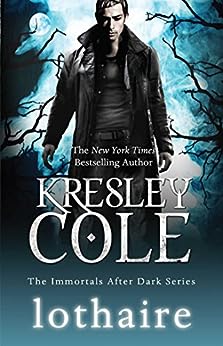 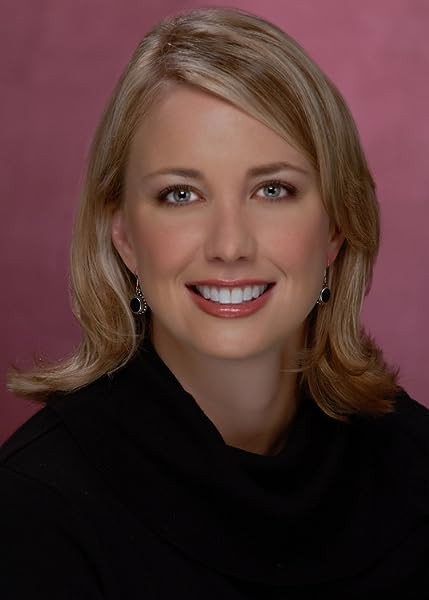 #1 New York Times bestselling author Kresley Cole continues her electrifying Immortals After Dark series with this thrilling tale, revealing secrets of the Lore, fierce realm of the immortals...
ALL FEAR THE ENEMY OF OLD
Driven by his insatiable need for revenge, Lothaire, the Lore's most ruthless vampire, plots to seize the Horde's crown. But bloodlust and torture have left him on the brink of madness--until he finds Elizabeth Peirce, the key to his victory. He captures the unique young mortal, intending to offer up her very soul in exchange for power, yet Elizabeth soothes his tormented mind and awakens within him emotions Lothaire believed he could no longer experience.

A DEADLY FORCE DWELLS WITHIN HER
Growing up in desperate poverty, Ellie Peirce yearned for a better life, never imagining she'd be convicted of murder--or that an evil immortal would abduct her from death row. But Lothaire is no savior, as he himself plans to sacrifice Ellie in one month's time. And yet the vampire seems to ache for her touch, showering her with wealth and sexual pleasure. In a bid to save her soul, Ellie surrenders her body to the wicked vampire, while vowing to protect her heart.

CENTURIES OF COLD INDIFFERENCE SHATTERED
Elizabeth tempts Lothaire beyond reason, as only his fated mate could. As the month draws to a close, he must choose between a millennia-old blood vendetta and his irresistible prisoner. Will Lothaire succumb to the miseries of his past...or risk everything for a future with her?

Kresley Cole is the #1 New York Times bestselling author of the Immortals After Dark paranormal series and the young adult Arcana Chronicles. Her books have been translated into over twenty foreign languages, garnered three RITA awards, and consistently appear on the bestseller lists in the US and abroad. Before becoming a writer, Cole was a world-ranked athlete, coach, and graduate student. She has traveled over much of the world and draws from those experiences to create her memorable characters and settings. She lives in Florida with her family and “far too many animals,” and spends any free time traveling. You can learn more about her and her work at KresleyCole.com or Facebook.com/KresleyCole. Sign up for Kresley’s email newsletter to receive the latest book release updates, as well as info about contests and giveaways (KresleyCole.com/Newsletter).

Kylie-Jean McDonald
5.0 out of 5 stars The best of this series
20 January 2018
Format: Kindle EditionVerified Purchase
Such a great read. Such a misunderstood main character absolutely loved it the twists were great. Just loved the female lead.
Read more
Helpful
Comment Report abuse

TJM Read Alot
5.0 out of 5 stars Brilliant
22 July 2017
Format: Kindle EditionVerified Purchase
Even a 2nd read is worth it.
The complete series, from page 1 is the best set of novels I've read & re read.
And i thought JR Ward was good!!

Kathryn McMillan
5.0 out of 5 stars Awesome read!
30 May 2019
Format: Kindle EditionVerified Purchase
Kresley Cole is an awesome author. The Immortals After Dark is a great series. Well worth the read
Read more
Helpful
Comment Report abuse

Ceco
5.0 out of 5 stars Great reading
14 September 2014
Format: Kindle EditionVerified Purchase
very entertaining,
I loved the unexpected adventures and sexy moments. It kept me interested to the last page

Aimee - Reviews with Red
5.0 out of 5 stars 5 STARS - LOVED IT!
17 May 2018
Format: Kindle Edition
COVER: I really liked this cover. The model is a good representation of the hero (Lothaire) who is described as a pale blond vampire who typically wears a trench coat. A few of the characteristics were missing, but generally this was pretty close. The composition of the images was excellent, with the title work complementing the image perfectly.
CLIFFHANGER: NO - There is plot related content that continues and develops throughout the series but there is no cliffhangers in relation to the characters. Each book in the series can be read as a standalone, but is more enjoyable when read as a whole.
HEA: YES
HERO: Lothaire Konstantin Daciano, The Enemy of Old, is an ancient vampire over a millennia old with blood red eyes, flawless pale skin, collar length blond hair. Lothaire is definitely an anti-hero in this one. Lothaire displays behaviour typical of someone ancient with kick-ass powers; narcissistic, egotistical and often times cold. In saying that, Lothaire is extremely intelligent and defiantly an alpha male: I was head over heels in love! What’s not to love about a bad boy? Especially one that would go to any lengths to protect his female, and safeguard her happiness.
HEROINE: Elizabeth “Ellie” Peirce is a 24-year-old mortal with beautiful grey eyes, long coffee-coloured hair and tan skin. Ellie is an extremely intelligent and likeable character. I absolutely adored her! Despite everything thrown at her, Ellie remains a kind, stubborn young woman who always tries to make the best of life. Ellie was definitely a strong heroine, and perfectly suited to Lothaire.
SECONDARY CHARACTERS: There were many secondary characters in this, but they were all vital to the story. Nix especially was a favourite of mine! Very funny, and a whole lotta crazy! I’m hoping many of these characters get their own book (fingers crossed). The most crucial character would have to be Saroya, the goddess inhabiting the body of Ellie (heroine), who was definitely a colourful character. I’d describe her as egotistical, mean-spirited and a horrible person in general. But there has to be a bad guy in ever story, so she did her job.
WRITING QUALITY: Excellent writing quality! Lothaire was well written, with no grammatical or spelling errors and the pace was perfect. At no point did I feel like the book was dragging on, or had the urge to skip pages. The plot was very engaging, as I have come to expect from Kersley Cole. I am very much looking forward to the next in the series.
HEAT LEVEL: HOT! There was just the right amount of sex in this book (a lot) and the chemistry between Lothaire and Ellie was off the charts. Keep your vibrator handy!
SAFETY/TRIGGER WARNINGS (SPOILERS): I would consider this book safe, even though throughout most of the book, Lothaire believes that another female (Saroya) is his Bride (eternal mate), and was pretty harsh in his treatment of Ellie (his true mate).
RECOMMENDATION: I would DEFINITELY recommend reading Lothaire! This was an amazingly written book, with lots of twist and turn that had me on the edge of my seat. I loved both the hero and the heroine, which doesn’t usually happen. You won’t be disappointed getting this instalment in the Immortals After Dark Series.
VISIT BOOK SMITTEN FOR MORE REVIEWS
BLOG: https://aimeemoineir.wixsite.com/booksmitten
GOODREADS: https://www.goodreads.com/user/show/10834938-aimee--
FACEBOOK: www.facebook.com/BookSmitten

kaznik88
5.0 out of 5 stars Good read
26 August 2017
Format: Kindle Edition
This was most enjoyable as are all Kresley Cole's books Lothaire is a monster and Ellie the female character is smart and funny.
Read more
Helpful
Comment Report abuse
See all 8 customer reviews
Write a customer review

Go to Amazon.com to see all 737 reviews 4.5 out of 5 stars
Get FREE delivery with Amazon Prime
Prime members enjoy FREE Delivery and exclusive access to movies, TV shows, music, Kindle e-books, Twitch Prime, and more.
> Get Started
Back to top
Get to Know Us
Make Money with Us
Let Us Help You
And don't forget:
© 1996-2020, Amazon.com, Inc. or its affiliates