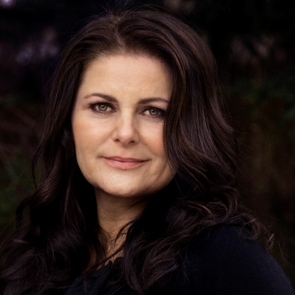 Save up to 50% off RRP on select top books
PLUS, free expedited delivery. T&C's apply. See more
click to open popover
Tell the Publisher!
I’d like to read this book on Kindle

''Blaedel solidifies once more why her novels are as much finely drawn character studies as tightly plotted procedurals, always landing with a punch to the gut and the heart.'' --Library Journal (STARRED REVIEW)

''Danish crime-writer superstar Sara Blaedel's great skill is in weaving a heartbreaking social history into an edge-of-your-chair thriller while at the same time creating a detective who's as emotionally rich and real as a close friend. You'll whip through the novel in a day, and then keep thinking about it.'' --Oprah.com

''Sara Blaedel is at the top of her game. Louise Rick is a character who will have readers coming back for more.'' --Camilla Lackberg, internationally bestselling author

''Sara Blaedel is a force to be reckoned with. Everyone keeps talking about the trend in crime writers -- Scandinavian, German, Russian. Blaedel is no trend. She's a remarkable crime writer who time and again delivers a solid, engaging story that any reader in the world can enjoy.'' --Karin Slaughter

Sara Blaedel is the author of the #1 international bestselling series featuring Detective Louise Rick. Her books are published in thirty-three countries. She lives in Copenhagen, and was voted Denmark's most popular novelist for the fourth time in 2014. She is also a recipient of the Golden Laurel, Denmark's most prestigious literary award.

jokerman
3.0 out of 5 stars the last in the series?
Reviewed in the United Kingdom on 28 July 2017
Verified Purchase
Interesting subject of assisted dying.

narrative itself itself a bit woman magazine-ish especially the ending

if this is the last in the series just as well, I think it has run it's course

Cheryl
4.0 out of 5 stars great suspense novel
Reviewed in the United States on 4 May 2017
Verified Purchase
Louise Rick is busy with her work in the Search Department in Copenhagen, Denmark. She has recently moved in with her lover, Eik Nordstrøm. One routine day, Eik goes missing. Sofie and the people in her department can't find him anywhere. Finally, he is located in jail in England. Sofie Parker, a former Danish citizen and Eik's long-ago missing girlfriend, is found murdered, shot at her kitchen window with a rifle. Irritated that Eik would drop everything for a woman who has been missing nearly two decades, Louise is sent to England to fetch him.

The English police seem to think Eik is responsible for the murder, but Louise and her colleagues feel otherwise. She soon discovers a web of Swiss money transactions and a home hospice service that seems to be connected. As Louise delves deeper into the murder, with the help of her journalist friend Camilla, they begin to track the killer. But can they find the killer before it is too late?

This is the first book I've read in this series though there are several before it. However, it stood alone well as a novel on its own. If you like fast-paced Scandavian crime stories, you will enjoy this book.

Catte
3.0 out of 5 stars I enjoyed most of the characters
Reviewed in the United States on 3 May 2017
Verified Purchase
This was an absorbing mystery with quite a few twists and turns. It does have a definite "message" about end of life and assisted suicide (it's clearly "for") and that may bother some folks, so if you are one of them I'd advise against it. I enjoyed most of the characters, but have a hard time buying that Eik can present himself to the world (and for a long time to Louise) as a pretty "together" sort of guy and still have quite a few of these mental breaks where he goes off half-cocked.I got annoyed with him, and eventually with everybody who put up with him; but it wasn't enough to prevent my wanting to finish the tale and see how it all came together.
Read more
2 people found this helpful
Report abuse
See all reviews
Back to top
Get to Know Us
Make Money with Us
Let Us Help You
And don't forget:
© 1996-2021, Amazon.com, Inc. or its affiliates