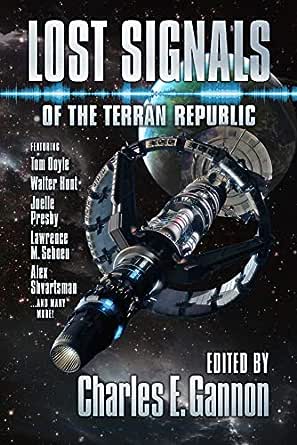 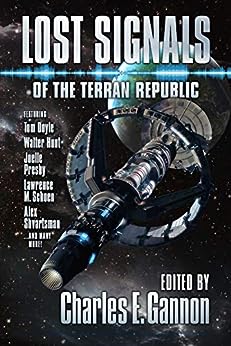 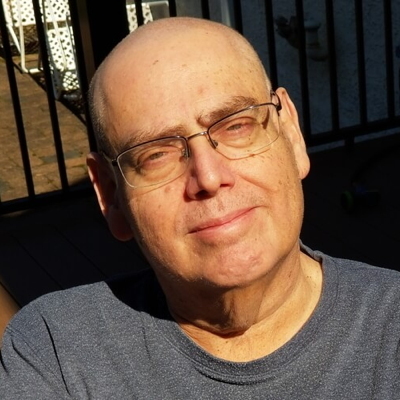 GrahamTG
5.0 out of 5 stars Terrific selection of short stories.
Reviewed in the United Kingdom on 30 May 2019
Verified Purchase
Twenty two stories each adding depth and texture to an established literary universe. Each story polished to perfection, not surprising given the award winning authors assembled here. Highly recommended.
Read more
Helpful
Sending feedback...
Thank you for your feedback.
Sorry, we failed to record your vote. Please try again
Report abuse

Ty L
5.0 out of 5 stars Aliens, journalists, terrorists and megacorps oh my!
Reviewed in the United States on 20 June 2019
Verified Purchase
I was unfamiliar with this setting prior to reading this anthology but it has definitely made me interested in reading the other books and I have purchased one already to read later.

The story with Lintang hit me hard and was particularly strong with character building and nice little touches which are sometimes missed in short stories.

Many other great stories of all sorts of styles telling of corporate and government malfeasance and the sometimes unsung heroes who fight back from junior reporters to senior counter terrorists. You have alien invasions and you have Traveller! I learned hexadecimal because of the old Traveller rpg.

The design of the anthology isn't to my liking. It starts off with a lot of "news" clips explaining the world and the stories later on in the book but it was a little too much for me. I would have had about a third of that data at the beginning to give some brush strokes and then had another third split up as intros to each chapter and a third at the end of the book. I think the hinting at the beginning would have helped build your mind's eye image of the setting without being too much.

Not to seem like I am being mean or overly critical. I very much enjoyed this book.

And remember to save some cake for the heroes in your life.

John T. Sapienza, Jr.
5.0 out of 5 stars Good stories in a shared universe.
Reviewed in the United States on 30 June 2019
Verified Purchase
Lost Signals compares "news stories" in his universe with stories that tell what really happened. Some of the stories play off others, so I assume the authors got to read the other stories as the project developed. A pair of stories even tell the same events from both sides of the conflict! Buy this book, you'll like it. You need not have read the novels, but perhaps this will induce you to try the novels, too.

The best story of the collection, to me, is the last: The Ellsberg Variations, by Jean Marie Ward. A science fiction take on the Pentagon Papers, a stubborn reporter digs through war reports to reveal a scandal suppressed by the military. It's very well done, indeed, and you don't need to know the history of the Viet Nam war to enjoy it (but that does give it depth.) I've put this on my 2019 Hugo Nominee Best Novelette list.
Read more
3 people found this helpful
Helpful
Sending feedback...
Thank you for your feedback.
Sorry, we failed to record your vote. Please try again
Report abuse

Dennis M. Myers
5.0 out of 5 stars Excellent Signal
Reviewed in the United States on 24 July 2019
Verified Purchase
I loved the variety of styles and interesting stories brought together in this anthology. Gannon's universe is rich in detail, and one author can only cover so much ground. I found the stories here to be every bit as good as his, while shedding light on corners where he hadn't gone before. If you are a fan of Gannon's Terran Republic (Caine Riordan) stories, this book is a delightful addition for any collection.
Read more
One person found this helpful
Helpful
Sending feedback...
Thank you for your feedback.
Sorry, we failed to record your vote. Please try again
Report abuse

Vincent D. Rodriguez
5.0 out of 5 stars Series of stand alone stories that hold their own.
Reviewed in the United States on 2 September 2019
Verified Purchase
Lost signals is a continuation of the Terran Republic series of books by Chuck Gannon. Each story is based in the "news" feeds of future Earth, and yet, are able to stand by themselves as short stories. Reading The Lost Signals can easily set you up for starting the Terran Republic series, starting with Fire With Fire. As well, it shows how news can get lost in the shuffle or lost to someone's interpretation. Excellent book and excellent series.
Read more
Helpful
Sending feedback...
Thank you for your feedback.
Sorry, we failed to record your vote. Please try again
Report abuse
Load more international reviews

Nathan
3.0 out of 5 stars Dry First third
Reviewed in the United States on 1 September 2019
Verified Purchase
I have loved this author; the Caine Riordan series is just top notch. Have to say, though, that even while it is interesting the first chunk of this books was very hard going for me. I usually read a novel in 2-3 days; I'm several weeks in and only partially done (even reading other books in between, which I never do). Once you get through the "intro" section, it does get much, much better. Not a good intro to the series or author.
Read more
Helpful
Sending feedback...
Thank you for your feedback.
Sorry, we failed to record your vote. Please try again
Report abuse

Michael E. Murray
5.0 out of 5 stars All in all, an excellent anthology.
Reviewed in the United States on 10 October 2019
Verified Purchase
The warts and the worries of warfare, diplomacy, and military life, which will likely be the same a thousand years in the future as they were a thousand years ago.
Read more
Helpful
Sending feedback...
Thank you for your feedback.
Sorry, we failed to record your vote. Please try again
Report abuse

L. Dalzell
5.0 out of 5 stars The anthology of "related" Caine Riordan stories
Reviewed in the United States on 14 August 2019
Verified Purchase
I really enjoyed the book and the short stories fleshed out some of the people only mentioned slightly in the main series.
I liked it alot.
Read more
Helpful
Sending feedback...
Thank you for your feedback.
Sorry, we failed to record your vote. Please try again
Report abuse

William Work
3.0 out of 5 stars OK Read
Reviewed in the United States on 1 August 2019
Verified Purchase
Many of the short stories in this collection seemed as though they were simply finished when they got to a word-count goal. Although the stories were related to one future, there were many inconsistencies due, apparently, to authors working more or less independently.
Read more
Helpful
Sending feedback...
Thank you for your feedback.
Sorry, we failed to record your vote. Please try again
Report abuse