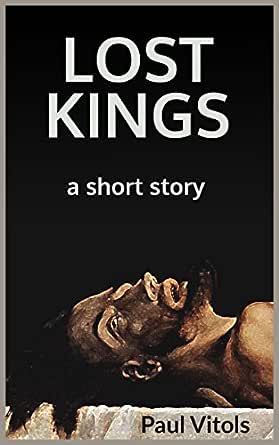 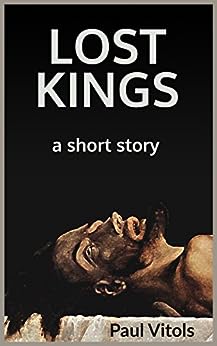 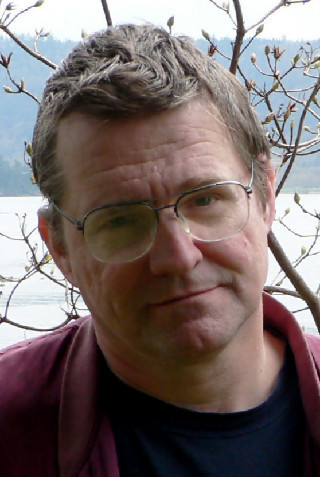 Ken Korczak
5.0 out of 5 stars Beautifully written and multi-layered
Reviewed in the United States on 14 December 2018
Verified Purchase
I’m tempted to categorize this short story under the tradition of what I’ll call “road trip enlightenment literature.” Think of Jack Kerouac‘s On the Road, Robert Pirsig's Zen and the Art of Motorcycle Maintenance, Peter Jenkins‘ A Walk Across America, or maybe Steinbeck’s Travels With Charley.

But, you know, stories about journeys involving characters who confront extraordinary situations and grow (or falter) in the process has been “a thing” since The Odyssey, the second-oldest extant work of Western literature, most likely created in the 8th Century B.C.

Whatever the case, I hasten to add that LOST KINGS by author PAUL VITOLS manages to transcend genre or category and say something unique. This work doesn’t read or feel derivative — it’s more like a creatively fresh iteration of the hero’s journey archetype.

The reader will be immediately drawn into a vivid world inhabited by two young vagabonds, John Pulkis and Stephen Eckert. They’re two guys from Canada who are on a mission to travel around the globe so that they can experience an epic, life-altering adventure before going to college and getting bogged down in “real life.”

Travelling across Europe, the young men reach a major mission malfunction in Italy — they basically run out of cash. Things haven’t worked out like they planned and it looks like they’ll have to scrap their grand plan to circle the globe on a wing and a prayer. Savage disappointment, the death of a dream and the humiliation of failure triggers a kind of spiritual crisis for 20-year-old John Pulkis

It’s interesting to note that his traveling pal, Stephen Eckert, while also disappointed, appears to remain anchored in the daily practicalities of material reality. He fills their van with gas, makes lunch, cleans the refrigerator, does the driving — while Pulkis is thrust into a more extoic introspective journey of mind and experience. He enters an agitated state of self questioning and doubt, but also confronts a marvelous expansion or transcendence of his ego-based consciousness — and yet this experience is cruelly truncated. That precipitates an “agony of the Self” that is now more unbearable than before.

I don’t want to give away any more because I’m eager for readers to discover this wonderful, deeply redolent, nuanced piece of literature for themselves.

Paul Vitols manages to enfold layers of meaning into a short work characterized by striking description of place and landscape, a decent plot to challenge animated characters and a theme that is multifaceted — on this latter issue I would suggest (with some trepidation) an overarching motif that features what I’ll call the “passion of the Western mind” colliding with the “enlightenment of the Eastern psyche.” But that’s just one aspect.

While my original comparison was to “journey of discovery” kinds of writing, I would also say this short story also brought forward for many other correlations (for me, anyway) that would be just as apt, specifically, Herman Hesse’s Demian and Siddhartha — and especially George Orwell’s Down and Out In Paris and London — the chapter where Orwell takes a job at French hotel as a “plongeur,” a French slang term for “dishwasher.”

I haven’t even mentioned the huge significance of one of the character’s struggle with Sir James Frazer’s massive volume, The Golden Bough — but there I go again, telling too much! I urge you to discover this A-List piece of literature for yourself and enjoy its many layers.

Mrs. Y
4.0 out of 5 stars The kings of summer? Yeah that makes sense.
Reviewed in the United States on 20 September 2018
Verified Purchase
“Lost Kings” is a solid short story clocking in at 27 pages. It has a complete beginning, middle, and end, and it has an interesting finish. The premise, two men who are on their way to go to formal college, stop their lives and decide to really live it doing things that can only be done when one goes off the grid. They do all of this fun stuff in Europe, and they discover the meaning of friendship, aggravation, frustration, and there are some bits in there about food. I also feel terrible for the chocolate thing that seems to have no love. Of all the characters in this book, that one chocolate thing is so sad, and I hope it finds its way into another story someday to be loved and appreciated.

All of that said, the real question is, “Mrs. Y. Did you like this story?”

Did I like it? I’m not sure that I’d call it deep like, but I thought it was okay. To elaborate though, It was just okay, and I am by no means in love with it. I do see myself reading this like when I'm in a waiting room, or trying to do something but want to read between tasks.

One of the reasons I wasn't a huge fan, has to do with the prose and word choice. I found the poetic prose of the story was not matching the tone of the story, so that took me out of it a couple of times. It’s written in the style of a fantasy or possibly even a Charlotte Bronte novel, very formal, and so descriptive and massive. Yet the story itself is gritty and dirty and it feels weird with the words. So I guess take the grittiness and genuine feelings from “Kitchen Confidential” By Anthony Bourdain, mix it with the descriptiveness of Bronte, shorten it a bit, add some interesting takes on sewing one's oats, and you got “Lost Kings.”

I think that was the point though, that this is a story of enlightenment and grandiose things, among a backdrop of grittiness and mutual discovery among two school chums who are spending their time discovering Europe and themselves. That said, I didn’t really enjoy that contrast of beautiful words mixed with the F-Bombs and describing the things that the book described. It’s not that it’s bad either folks, it’s that it’s just not for me. I probably am going to read “Lost Kings” again because, it’s just about perfect for errand running and, it is thought-provoking, even if it isn’t my favorite short story.

I've read better short stories, and I have read much worse. This is about the middle of the pack. You guys know I adore short stories, and from my previous reviews, I’ve mentioned that they are in my opinion the most challenging and difficult of story types to write. So I do want to be sure that you all know I read this three times, just to be sure my feelings on it were genuine to me all three times and that this was indeed how I am taking this story. Every time I left it feeling the same, it was okay, but it wasn’t one of the great ones to me personally.

That aside, Paul did an excellent job making me think about it so cerebrally. Despite it not being my cup of tea, I can honestly say that this book is indeed worth a read just so you know how you personally feel about it.

I'm giving Lost Kings a 79/100 for a short story review. Again, not great, not bad, just about the higher end of the middle of the pack.
Read more
Report abuse
See all reviews
Get FREE delivery with Amazon Prime
Prime members enjoy FREE Delivery and exclusive access to movies, TV shows, music, Kindle e-books, Twitch Prime, and more.
> Get Started
Back to top
Get to Know Us
Make Money with Us
Let Us Help You
And don't forget:
© 1996-2020, Amazon.com, Inc. or its affiliates