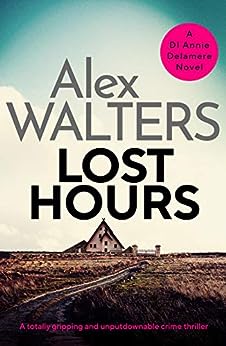 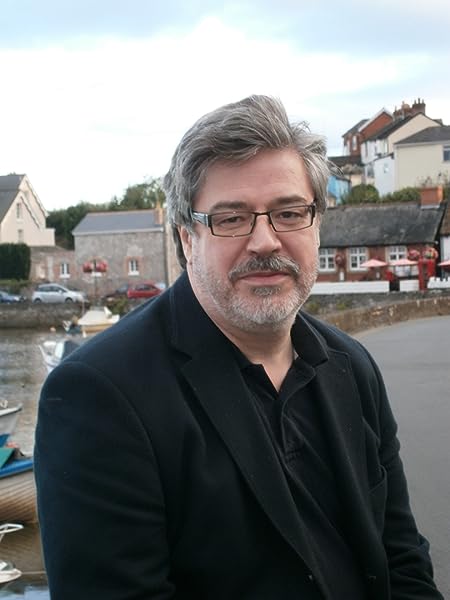 by Alex Walters (Author) Format: Kindle Edition
See all formats and editions
Sorry, there was a problem loading this page. Try again.

A vicious murder is committed, but who has blood on their hands?

On a hot summer’s afternoon, Michelle Wentworth enjoys a rare few hours of relaxation. Sunning herself by her pool, she sends her lazy teenage son to fetch her a drink. But instead of a refreshment, Michelle is given a nasty shock when shortly after her child’s bludgeoned body is discovered on the doorstep.

DI Annie Delamere attends the scene, joined by DS Zoe Everett. There is nothing to suggest a motive or perpetrator. They dig into Michelle’s life and come to suspect she may have been the target. Her ruthless pursuit of profit has won her few friends, and relying on her lawyer’s questionable advice could mean she’s in over her head.

When another battered body is found, Annie realises that every clue leads back to a dispute at Michelle’s business. But with so many people with reason to seek revenge, will Annie and her team look in the right places – or will it be too late?

A tense and gripping crime thriller that will keep you guessing until the very last page! Perfect for fans of Stephen Booth and Ann Cleeves.

‘A talent to be reckoned with’ Daily Mail

Alex Walters has worked in the oil industry, broadcasting and banking and provided consultancy for the criminal justice sector. He is the author of fifteen previous novels including the DI Alec McKay series set around the Black Isle in the Scottish Highlands where Alex lives and runs the Solus Or Writing Retreat with his wife, occasional sons and frequent cats. --This text refers to the paperback edition.

Alex has worked in the oil industry, broadcasting and banking and has run a consultancy working mainly in the criminal justice sector including police, prisons and probation.

As Michael Walters, he published three crime thrillers set in modern-day Mongolia, now re-published as by Alex Walters in completely new, re-edited versions. As Alex Walters he has written two thrillers set in and around Manchester featuring the undercover officer, Marie Donovan, Trust No-One and Nowhere to Hide. Late Checkout was the first in a series of crime thrillers featuring, alongside Marie Donovan, the rather distinctive DCI Kenny Murrain, who has subsequently appeared in four more books, Dark Corners, Snow Fallen, Stilled Voices and Life Remains. Alex is also the author of the DI Alec McKay series set in and around Scotland's Black Isle, which currently comprises five books, Candles and Roses, Death Parts Us, Their Final Act, Expiry Date and For Their Sins, published by Bloodhound Books, with a sixth book coming in 2022. He had also written a standalone historical thriller called Winterman, also published by Bloodhound Books. His latest series is set in the Peak District and features DI Annie Delamere. The first three books in the series, Small Mercies, Lost Hours and Bad Terms, are available now from Canelo.

Alex lives in the Black Isle in the Scottish Highlands where he runs the Solus Or Writing Retreat with his wife, occasional sons and frequent cats.

He can be contacted at: mike@whitmuir.com

Details of the Solus Or Writing Retreat can be found at: www.solusorwritingretreat.co.uk

4.1 out of 5 stars
4.1 out of 5
380 global ratings
How are ratings calculated?
To calculate the overall star rating and percentage breakdown by star, we don’t use a simple average. Instead, our system considers things like how recent a review is and if the reviewer bought the item on Amazon. It also analyses reviews to verify trustworthiness.

There are 0 reviews and 17 ratings from Australia

Mr. D. L. Rees
3.0 out of 5 stars MIXED FEELINGS ABOUT THIS ONE
Reviewed in the United Kingdom on 13 March 2021
Verified Purchase
The Peak District during a heat wave. Emotions are high too. Factory workers demonstrate about deteriorating conditions and reduced pay. Meanwhile, Michelle Wentworth relaxes by her luxury swimming pool. She is the unacceptable face of capitalism Michelle, notorious for ensuring that firms taken result in exploitation of the work force and lucrative rewards for herself. At present her only real concern is why nineteen year son Justin is taking so long bringing her drink.

An interesting start. What now? A political thriller with far left pitched against far right, or a murder mystery more conventional? In fact, the latter - this is a routine offering involving police procedural, plenty of suspects, no shortage of surprises, and, as the heatwave gives way to a violent storm, a dramatic climax.

An agreeable enough read with some interesting characters. DI Annie Delamere appeals as the officer in charge, no eyebrows raised at her live-in relationship with MP Sheena Pearson.

For some, a possible stumbling block to full enjoyment is the portrayal of control freak Wentworth. Does she ring true? She seems such a contrivance, more of a caricature than an actual person. (For example, despite all the police visits paid to her remote home, not once is there the slightest hint of a servant. Who does the cooking, washing up, dusting, vacuuming, etc.?) She is also so horrible it is hard to care in the least what happens to her - people regarded as disposables, destined for dumping after satisfying her needs.

Second in a series, but this stands on its own.
Read more
3 people found this helpful
Report abuse

Joyce Rigg
3.0 out of 5 stars Disappointing
Reviewed in the United Kingdom on 3 October 2021
Verified Purchase
I have loved all the DCI Murrain and the DI McKay series so was looking forward to meeting Annie Delamere. However it has been disappointing. The story seemed very long and drawn out and I really couldn't gather any sympathy or even liking for any of the characters. I am not even sure if I was supposed to have any sympathy for any of them. The ending seemed to be a case of the author thinking "enough of this, I'll just end it". It seems that I have read the first book in this series before but I have no memory of it, if I had remembered. maybe I wouldn't have read this one.
Read more
One person found this helpful
Report abuse

MaryJane
3.0 out of 5 stars Didn't appeal to me
Reviewed in the United Kingdom on 19 August 2021
Verified Purchase
I think the story behind the book had a lot of potential, but unfortunately I found the book quite boring. It seemed to be written in a rush and in some places 40 words were used, where 20 would have done. I felt it had been written in a hurry. Only my take on it of course
Read more
Report abuse

DSWEENEY
2.0 out of 5 stars Totally boring
Reviewed in the United Kingdom on 5 May 2021
Verified Purchase
Was very disappointed in this book just couldn't get into it at all and I have read a lot of crime thrillers in the past, but personally I found the storyline and characters to be rather weak.
Read more
Report abuse
See all reviews
Report an issue
Does this item contain inappropriate content?
Report
Do you believe that this item violates a copyright?
Report
Does this item contain quality or formatting issues?
Report