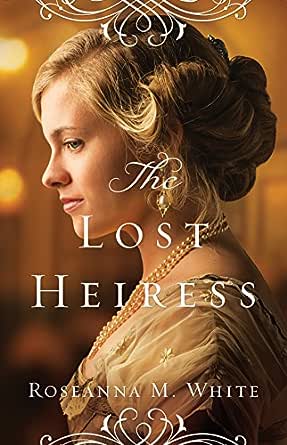 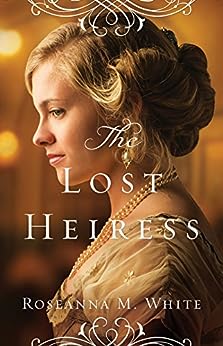 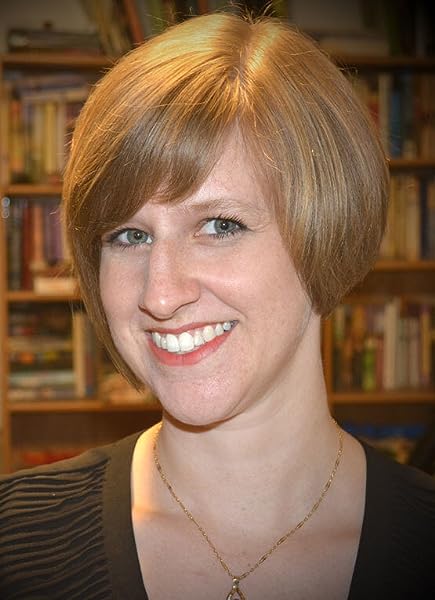 The Lost Heiress (Ladies of the Manor Book #1) Kindle Edition

Sweeping Romance and Mystery in the Edwardian Era


Brook Eden has never known where she truly belongs. When her friend Justin uncovers the fact that she is possibly a missing heiress from Yorkshire, Brook leaves the sun of the Mediterranean to travel to the moors of the North Sea and the estate of her supposed family.

The mystery of her mother's death haunts her, and though her father is quick to accept her, the rest of the family and the servants of Whitby Park are not. Only when Brook's life is threatened do they draw close--but will their loyalty come too late to save Brook from the same threat that led to tragedy for her mother?

As heir to a dukedom, Justin is no stranger to balancing responsibilities. When the matters of his estate force him far from Brook, the distance between them reveals that their friendship has grown into something much more. But how can their very different loyalties and responsibilities ever come together?

And then for a second time, the heiress of Whitby Park is stolen away because of the very rare treasure in her possession--and those who can save her still aren't sure whom to trust.

"Roseanna M. White presents a common historical situation in The Lost Heiress, infusing the plot with vigor through the use of strong evocative passages and detailed characterization. . . . Understated and precise, every word establishes a sense of calm purpose."--Foreword Reviews

"White's latest is a complex series of twists, turns and excitement. The cast of characters seems quite daunting at first, but the payoff in the end is well worth the effort. Readers who are fans of Downton Abbey will love the scenes divided between the upper crust and the downstairs staff and the interplay between those two very different worlds."--RT Book Reviews

"Set in 1910, White's historical series debut provides all the romance and intrigue that her fans have come to love. Enchanting characters and romantic intensity create the perfect mood for this fresh twist on the Cinderella story. The Edwardian period depicted is certain to draw in Downton Abbey fans." --Library Journal

"Fans of White's novels will find this compelling story full of unexpected twists."--CBA Retailers+Resources --This text refers to the paperback edition.

Roseanna M. White (www.roseannamwhite.com) is a bestselling, Christy Award-nominated author who has long claimed that words are the air she breathes. She pens her novels beneath her Betsy Ross flag, with her Jane Austen action figure watching over her. When not writing fiction, she's homeschooling her two children, editing and designing, and pretending her house will clean itself. Roseanna is the author of numerous novels, ranging from biblical fiction to American-set romances to Edwardian British series. Roseanna lives with her family in West Virginia. Learn more at www.roseannamwhite.com. --This text refers to the paperback edition.

4.6 out of 5 stars
4.6 out of 5
263 global ratings
How are ratings calculated?
To calculate the overall star rating and percentage breakdown by star, we don’t use a simple average. Instead, our system considers things like how recent a review is and if the reviewer bought the item on Amazon. It also analyses reviews to verify trustworthiness.

Vicky Dedda
5.0 out of 5 stars The Lost Heiress was one of the best books I have ever read
Reviewed in Australia on 13 January 2016
Verified Purchase
This is the first book by Roseanna M. White that I have read and it won't be the last. The Lost Heiress was one of the best books I have ever read, beginning in Monaco and ending in England this book is full of intrigue, suspense, love, beautiful friendships, sad betrayals, I could not put down this wonderful book. And I loved her beautiful wild horse, I love stories where animals play a part as well. All in all a book I couldn't stop reading and the most wonderful thing is that it had a wonderful ending, left you feeling happy and satisfied, but also wanting another book to find out more about her wonderful supportive friends and the Fire Eyes, you will have to read this book to find out what they are. So Roseanna can't wait to read your next book, which I just noticed is out in March, thank you for giving your book a wonderful ending and thank you for writing a series that we can keep up with our new friends like Brice.
Read more
3 people found this helpful
Helpful
Comment Report abuse

Wendy Applebee
5.0 out of 5 stars What a wonderful book.
Reviewed in Australia on 12 January 2018
Verified Purchase
This book is very different, exciting,emotional and so well written. I took great joy in reading every page. I highly recommend it. By far the best iv read in a long time
Read more
One person found this helpful
Helpful
Comment Report abuse

Cathy Morgan
TOP 500 REVIEWER
5.0 out of 5 stars great story
Reviewed in Australia on 2 February 2018
Verified Purchase
A good storyline, good quality writing, intriguing characters and a bit of suspense make this a book to come back and re-read, and one that I would definitely recommend. Not just a quick, light read, but not a heavy one you have to wade through either. A good book
Read more
Helpful
Comment Report abuse

Kindle Customer
5.0 out of 5 stars Great read
Reviewed in Australia on 27 January 2018
Verified Purchase
Read the authors note and after reading this book new I had to post
Great read congrats authors on.finally piblishing and feel honored that I could read.a book that was perfected over 19 years
Read more
Helpful
Comment Report abuse

Kindle Customer
5.0 out of 5 stars 1st sequal of amazing trilogy
Reviewed in Australia on 4 June 2017
Verified Purchase
A novel that brings and captures you inside the story. You can tell that it was written after a thorough research and beautiful words. Love Roseanne M. White
Read more
One person found this helpful
Helpful
Comment Report abuse

Katie
4.0 out of 5 stars great story
Reviewed in Australia on 17 October 2018
I loved the story between Justin and Brook, the characters where three dimensional and had a great history and depth to the story it wasn't a loved story that came out of thin air they had grown up together. and the secondary characters had their own story lines woven neatly into the story. another part I enjoyed was the mystery behind Brook's disappearance and the death of her mother. I read this novel with kindle unlimited and was eager to continue read this series but found that the other two novels in this series where not on kindle unlimited that is why i gave it four stars instead of five.
Read more
Helpful
Comment Report abuse

Kindle Customer
3.0 out of 5 stars Great reading
Reviewed in Australia on 7 September 2019
Enjoyed this, easy to follow, likeable characters and kept me immersed during the entire book. Maybe abit predictable and the ending didn't seem complete, I wondered if there would be a sequel based on where the diamond ended up? Great reading though
Read more
Helpful
Comment Report abuse
See all reviews

Mel A
5.0 out of 5 stars Fun escape across history
Reviewed in the United Kingdom on 31 January 2019
Verified Purchase
Thoroughly enjoyed the characters and the interspersed French from Brook's growing up in Monaco! The writing was easy to follow and the suspense on how she would escape made me want to keep reading. Fun escape into history.
Read more
Report abuse

A. Mejia
5.0 out of 5 stars Loved it
Reviewed in the United Kingdom on 10 July 2019
Verified Purchase
It keeps you wondering until the very end who is behind some valuable rubies brought from India.
Read more
Report abuse

BH
2.0 out of 5 stars Two Stars
Reviewed in the United Kingdom on 7 March 2018
Verified Purchase
Nothing to say - average to poor
Read more
Report abuse

Chris
3.0 out of 5 stars Hardly Riveting
Reviewed in the United Kingdom on 29 May 2016
Verified Purchase
I struggled to get into this story as it was a slow moving plot in my opinion & only just improved by the time I was over half way through.
Read more
Report abuse

Irene Aksoy
3.0 out of 5 stars Three Stars
Reviewed in the United Kingdom on 3 June 2017
Verified Purchase
Ladıes of the manor has been a good readıng
Read more
Report abuse
See all reviews
Get FREE delivery with Amazon Prime
Prime members enjoy FREE Delivery and exclusive access to movies, TV shows, music, Kindle e-books, Twitch Prime, and more.
> Get Started
Back to top
Get to Know Us
Make Money with Us
Let Us Help You
And don't forget:
© 1996-2020, Amazon.com, Inc. or its affiliates