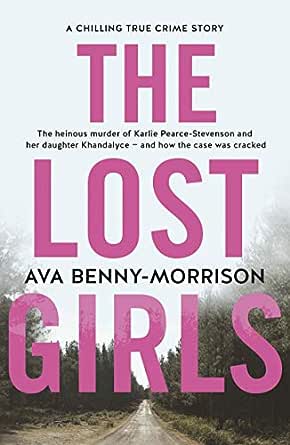 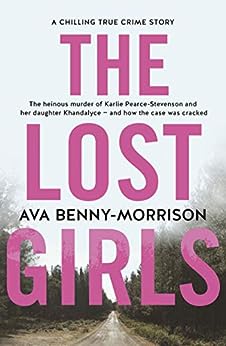 The chilling true story of the heinous murder of Karlie Pearce-Stevenson and daughter Khandalyce and how the case was cracked.

Khandalyce and how the case was cracked.

A YOUNG WOMAN KEEN TO SEE THE WORLD. A LOVING FAMILY DESPERATE FOR ANSWERS. A VICIOUS KILLER WHO SPINS A WEB OF LIES ...

In August 2010, the bones of a young woman were found in Belanglo State Forest, where, years earlier, Ivan Milat had tortured and slain seven young backpackers. Dubbed Angel, her remains lay unidentified for years. Who was she, how did she die, and at whose hand?

Then, in July 2015, the bones of a child were found in a suitcase by a highway in South Australia. Months later, a call to Crime Stoppers led to an identification. Two-year-old Khandalyce Pearce had left Alice Springs in 2008 with her mother and hadn't been seen since. Through DNA, Angel was quickly identified as Khandalyce's mother, Karlie Pearce-Stevenson. In the grimmest of scenarios, mother and daughter were reunited at last.

The Lost Girls is the chilling true story of this heinous double murder and how police tracked down the perpetrator, who not only killed the girls but stole the young mother's identity to defraud authorities and her family. Gripping and authentic, The Lost Girls celebrates the short lives of a young woman and her daughter, and the investigators determined to bring them home.

Dean Duerkop
5.0 out of 5 stars Brilliant, highly recommend.
Reviewed in Australia on 2 May 2019
Format: Kindle EditionVerified Purchase
Such a good read. A tragic, honest and painful account of a very dark happenning. Written with humble caution and considered empathy. Could not put it down, through many tears in one sitting.
Read more
3 people found this helpful
Helpful
Comment Report abuse

Michelle
5.0 out of 5 stars Fantastic insightful book
Reviewed in Australia on 8 February 2020
Format: Kindle EditionVerified Purchase
Hard to put this book down, it was well researched and well written, the author makes you feel like you are a part of this and the writing makes you wanting to turn the pages over and over. Great read about a tragic fact. Heartbreaking, surreal and written in a language that’s was easy to read.
Read more
Helpful
Comment Report abuse

Paul
5.0 out of 5 stars Superb
Reviewed in Australia on 5 June 2019
Format: Kindle EditionVerified Purchase
This is a superb read about two terrible tragedies in Australia and the capture of this awful murderer. Well written. Congratulations to the author
Read more
Helpful
Comment Report abuse

Zelda Senior
TOP 1000 REVIEWER
5.0 out of 5 stars Chilling, heartbreaking, thorough, no stone unturned
Reviewed in Australia on 27 June 2019
Format: Paperback
CHILLING, HEARTBREAKING, THOROUGH, NO STONE UNTURNED.
I found this book to be a very gripping read; more so because it is a true story about real people with real lives.

The author describes the people and events in this sordid tale with thorough detail, credibility, empathy and objectivity. Her sources of information are listed at the back of the book.

The tangled webs that the police to navigate in order to finally arrive at the truth, are explored in great detail.

The grief of family members and friends is palpable. As a full picture emerges of Karlie and her dear little girl, Khandalyce, I find myself also grieving and in total shock and disbelief as to why anyone would have wanted to hurt and kill them in such a horrendous manner.

The author's descriptiveness of the atmosphere and look of places and and scenes also makes this book come alive.

Although this book was heartbreaking to read, it is quite fast paced and put together with a logical chronology of events.

The court scenes at the end of the book , where the monster finally gets sentenced, were chilling but satisfying.

I highly recommend this book to readers of true crime.

Amazon Customer
5.0 out of 5 stars Why didn't Amazon highlight this book?
Reviewed in the United States on 29 May 2019
Format: Kindle EditionVerified Purchase
Thank you for writing this devastating book. The whole of this case was swept under the rug once that bastard was convicted.Thank you for helping me understand how Karlie got into that situation.
Read more
4 people found this helpful
Helpful
Sending feedback...
Thank you for your feedback.
Sorry, we failed to record your vote. Please try again
Report abuse

Lauren N Wozniak
5.0 out of 5 stars Well Written
Reviewed in the United States on 20 January 2020
Format: Kindle EditionVerified Purchase
I was so ready to just go with the fact that these 2 were victims of a serial killer, easy enough, but it definitely turned out different than I expected. This was a very well researched and written book.
Read more
One person found this helpful
Helpful
Sending feedback...
Thank you for your feedback.
Sorry, we failed to record your vote. Please try again
Report abuse

KAY DUMMETT
5.0 out of 5 stars Well researched and respectfully written
Reviewed in the United States on 25 June 2019
Format: Kindle EditionVerified Purchase
Amazing insight into one of Australia’s most heinous crimes.
The author has captured the gruelling task of the detectives investigation and describes how the case was broken.
Read more
One person found this helpful
Helpful
Sending feedback...
Thank you for your feedback.
Sorry, we failed to record your vote. Please try again
Report abuse