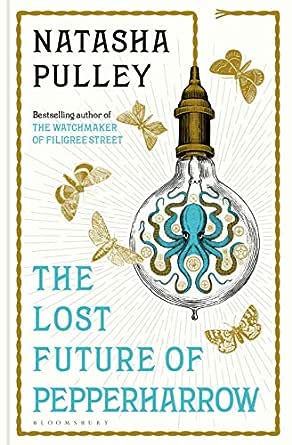 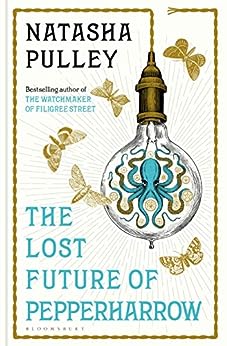 "Phenomenal ... Pulley's intricate plot, vibrant setting, entrancing magic, and dynamic ensemble of characters make for an un-put-downable historical fantasy. New readers will be pulled in and series fans will be delighted by this tour de force." --Publishers Weekly, Starred Review

"This latest book marks another grand whirl of magical realism, playful oddities, and deep humanity." --Library Journal "Atmospheric and compelling. I wept multiple times and resented every moment I wasn't reading it." --Mary Robinette Kowal, author of THE CALCULATING STARS "Pulley's witty writing and enthusiastically deployed steampunk motifs-clockwork, owls, a mechanical pet, Tesla-inspired electrical drama-enliven." --Kirkus Reviews "Again Pulley mixes supernatural intrigue, politics, and romance to create an absorbing adventure." --Booklist "Combining a wondrous romp through the world of magical clockwork mechanisms and octopus automatons with an environmental thriller that fascinates and shocks in equal measure, this is an adventure not be missed." --Historical Novels Review [I]t is difficult to put the book down. At times, it is a love story, a story about a family doing their best, a ghost story, and a science experiment gone awry. Pulley has created an amazing world in THE LOST FUTURE OF PEPPERHARROW. - Bookreporter engrossing... Rich descriptions of Japan and intriguing character development shine in this intricately wrought fantasy of history making. - Shelf Awareness, Starred Review The magical atmosphere of Watchmaker continues to delight in its sequel as Pulley's world matures into a sprawling exploration of morality during political and personal upheaval. Grounded in the reality of marginalized experiences in the nineteenth century, Pepperharrow, like Watchmaker, offers a heightened version of our own history in which fantasy elucidates the human capacity for love, acceptance, and sacrifice. In its examination of goodness amid the evils of nationalism, The Lost Future of Pepperharrow is an electrifying page-turner that proves that the nineteenth century, even imagined as a steampunk past, is closer to our current moment than we thought. - World Literature Today --This text refers to the hardcover edition.

Natasha Pulley studied English Literature at Oxford University. After stints working at Waterstones as a bookseller, then at Cambridge University Press as a publishing assistant in the astronomy and maths departments, she did the Creative Writing MA at UEA. She has recently returned from Tokyo, where she lived for nineteen months on a scholarship from the Daiwa Anglo-Japanese Foundation. The Watchmaker of Filigree Street is her first novel. --This text refers to the hardcover edition.

Step back into the enchanting world of The Watchmaker of Filigree Street. This extraordinary sequel takes readers to Japan, where time, destiny and love collide to electrifying effect --This text refers to an alternate kindle_edition edition.
Read more