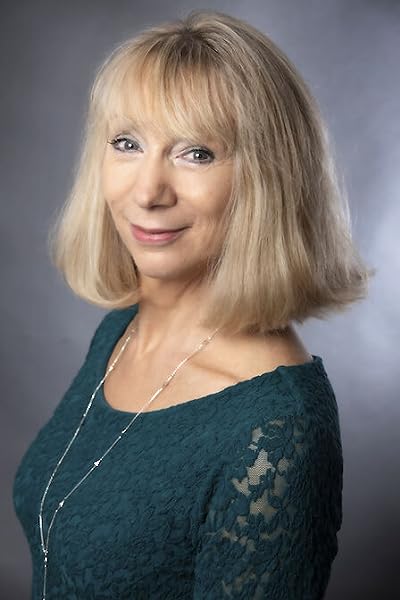 by Gill Paul (Author)
4.6 out of 5 stars 481 ratings
See all formats and editions
Sorry, there was a problem loading this page. Try again.

Gill Paul's novels include the USA Today bestseller The Secret Wife; Women and Children First, which was short-listed for a Romantic Novelists' Association award; The Affair; and No Place for a Lady, which was shortlisted for a Love Stories award. Her nonfiction includes A History of Medicine in 50 Objects, World War I Love Stories, and Royal Love Stories. Gill's expertise is often called upon for talks on historical subjects, including the sinking of the Titanic.

Start reading The Lost Daughter on your Kindle in under a minute.

4.6 out of 5 stars
4.6 out of 5
481 global ratings
How are ratings calculated?
To calculate the overall star rating and percentage breakdown by star, we don’t use a simple average. Instead, our system considers things like how recent a review is and if the reviewer bought the item on Amazon. It also analyses reviews to verify trustworthiness.

Average Reader
5.0 out of 5 stars Captivating and rich in historical detail
Reviewed in the United Kingdom on 22 November 2018
Verified Purchase
This is a captivating novel with fiction using historical facts and conjecture about the tragic fate of the Romanovs, the Russian Imperial family in post World War One Russia 1919. The story is told via two narrators and moves seamlessly between two time periods and countries, one from 1919 - 1945 Russia and the other 1973 Australia. I've had a fascination for the tragic history of the Romanovs, the Russian Imperial family, since learning about them in school a long time ago! Their remains were apparently discovered recently and DNA tests were done but still the speculation continues. What really happened and did any of them survive? Several imposters and con artists have claimed to be one or more or the sisters but no-one is really 100% certain of what happened during and after this terrible event. One of the narrators in this book is Maria, the middle daughter in the royal family who describes her life during their confinement in the house they were imprisoned in Ekaterinburg shortly before the execution of the family by Bolshevik soldiers. Life there is a far cry from the luxury and privilege enjoyed by the family in previous times and they struggle to adapt. Maria befriends some of the guards and is a keen photographer and sketch artist. Then the inevitable tragic event happens and in this fictional version two of the sisters survive. What happens to one of them is the whole premise of this book. The second narrator Val is an Australian housewife trapped in an abusive relationship with her spouse. Val has a historical connection to the Russian royals that she's unaware of and the story of this connection is slowly revealed. Her part in the book highlights the lack of rights for married women of that time. The historical timeline and what is known about the family themselves has been excellently researched by the author and there is much detail about all that took place during that time before and after the revolution. The excessive wealth and sumptuous palaces of the rich and the grinding poverty of the Russian people, particularly during the siege of Leningrad on the Eastern front during The Second World War 1941-1944. So much is covered in this book that it's tempting to write a very lengthy review describing it all! I read this book in a day and was completely absorbed and spellbound by it. Another Woman's Husband by the same author was on my list of Outstanding Books Of 2017 and this book will be on my list for 2018
Read more
5 people found this helpful
Report abuse

Nelly
5.0 out of 5 stars A well written story
Reviewed in the United Kingdom on 6 December 2018
Verified Purchase
I started this novel quite excited that I had found an author with such great recommendations. I read this first, and will now go onto read about Tatiana, wondering maybe whether I should have done it the other way round. This was well researched, and in my opinion flowed seamlessly. There are some books in life that you gallop through, there are some that you gallop through but take in every single word. This was definitely the latter, I adored Maria and Peter and enjoyed the up to date story that run alongside about Val and her discoveries. I did not know anything about this part of history other than Stalins era and have read books on the horrific things that occurred for the citizens. But to read about this Royal Family in such a way as to weave a novel about it, and keep my interest during such brutal times. It comes with a few twists that I didn’t see coming, and some really lovely decent characters, that you cant help but admire. However, a warning as it was a real tear jerker for me, and I really did find it quite sad in many places. I don’t think I have ever finished a book with sore eyes where 1) I had stayed up late finishing it and 2) cried so much. Saying that, don’t let that put you off, its absolutely brilliant and a fantastic find, just make sure you have tissues at the ready
Read more
2 people found this helpful
Report abuse

Richard Hughes
5.0 out of 5 stars wonderful epic thriller / love story
Reviewed in the United Kingdom on 19 October 2018
Verified Purchase
If you are fascinated by the story of the Romanovs - this book is essential. It's a brilliant read - and meticulously researched - a real page turner

Gill Paul is an author who weaves contemporary and historical stories - this is her sixth historical novel - I've read all of them and this her best by far. She's explored the Romanovs before in her novel The Secret Wife which I loved and I couldn't imagine that she could better it - but she has. The novel is a sweeping epic which takes in 50 years of Russian history. She tells an extraordinary story - which is totally believable - in fact I do wonder if Gill knows something from historical archives that we don't! I really like her contemporary character Val - she's likeable and complex and a survivor and as a reader you really care for her. Maria Romanov is given humanity - she's a brilliant heroine. It's a love story and a mystery and a gripping thriller all rolled into one. Enjoy.
Read more
3 people found this helpful
Report abuse

Lynda Kelly
5.0 out of 5 stars Another Winner By Gill Paul
Reviewed in the United Kingdom on 30 April 2019
Verified Purchase
Wow !! It takes some doing but this is another 5* read by this author making EVERY one of her stories a favourite of mine ! I'm soooooooo impressed. That happens so rarely as others in my favourites' file I'm sure haven't all had 5* the whole way through !! The only other I can bring to mind is Viveca Sten. So they're in a very elite little club ! Bearing in mind, the story doesn't only need to be terrific but presentation spot on as well for me so it's no easy feat time after time.
Gill Paul again takes us into two differing timelines and back to Russia and also Australia this time. I've always been fascinated by the Romanovs and also Rasputin and that era so this one appealed to me straightaway, of course. While it is fiction, it would be so nice to think at least one of the princesses survived......let's face it, all the protagonists are long-dead now and so we'll never really know. My "favourite" has always been Olga. I've read many differing mentions of who people thought was the most attractive of the four and I've always thought Olga was. My favourite character in this was Peter-he was just lovely.
It was interesting reading about what happened to simple Russians after the family's execution......you have to wonder why it ever happened as it did nothing to help their people in the least. It sounded an horrendous time to have lived over there.....and I use THAT term very loosely !
A couple of times she had me sniffing away, especially in her Afterword.....the very last passage had me howling......I like that in this one there were a couple of photos as well.
The ONLY error I think was not having an apostrophe with enquiries' desk but I could be wrong there.
If you've not read this author you really must give her a go.......her writing is truly interesting and keeps you fascinated the whole way through. You can thank me later !
Read more
Report abuse

C J W
5.0 out of 5 stars Worth reading
Reviewed in the United Kingdom on 30 January 2019
Verified Purchase
Another brilliant well researched novel by Gill Paul. Really sparks interest in the period she writes. Now having been to Russia and seen the buildings of the Romanov dynasty the book came alive. What a premise using the escape of Maria one of the Grand Duchesses and the love story between her and her rescuer. Loved the way GP linked the story flow with Vals story in the 70's Both Maria and Val discovering their strengths through hardship and changing circumstances. Well written and worth a read.
Read more
One person found this helpful
Report abuse
See all reviews
Back to top
Get to Know Us
Make Money with Us
Let Us Help You
And don't forget:
© 1996-2021, Amazon.com, Inc. or its affiliates