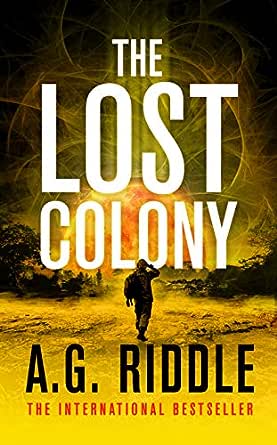 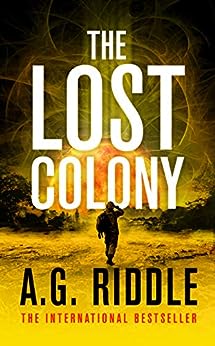 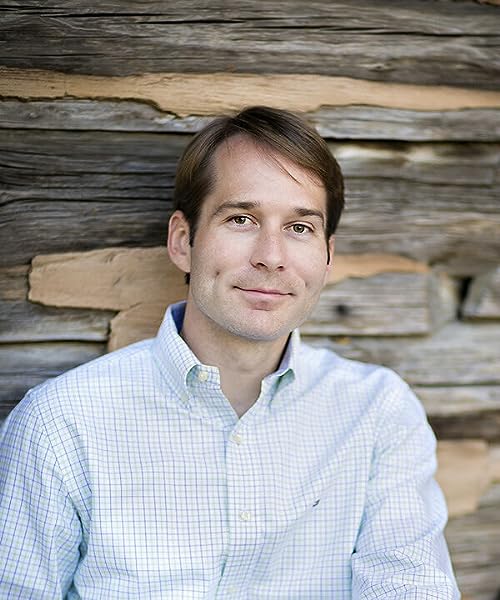 Don’t miss the thrilling conclusion to The Long Winter trilogy!

Can humanity survive on a new world?

On Eos, the last survivors of the Long Winter face their greatest challenge yet--and race to unravel the deepest secrets of the grid.

The last survivors of the human race escaped a ruined Earth. Their new homeworld--Eos--seemed perfect at first. Warm. Hospitable. Safe from the grid. But everything isn’t as it seems.

The first colony of settlers--from the Carthage--have disappeared. Their settlement is still there, but everyone is gone. As James digs into the mystery of the lost colony, he discovers a series of spheres, buried on Eos. Are they the key to finding the lost colonists? Or are they responsible for their deaths?

Just as James is unraveling the secrets of the spheres, a storm hits Jericho City. Emma, recently elected mayor, struggles to lead her people to safety while James tries to make his way home. In the middle of the chaos, a new danger emerges--a threat no one saw coming.

With time running out to save the colonists, James and Emma face their hardest choice yet.


ABOUT THE LOST COLONY
The Lost Colony is the third and final book in The Long Winter trilogy, which began with Winter World and continued in The Solar War.

“...reads like a superior collaboration between Dan Brown and Michael Crichton.”
-- The Guardian on Pandemic

“I finished the book fast because I just couldn’t wait...”
-- WIRED GeekDad on Departure

“Riddle... keep(s) the focus on his characters... rather than the technological marvels”
-- Publisher’s Weekly on Departure

“Well-constructed and tightly-wound as a fine Swiss watch--DEPARTURE has non-stop action, an engaging plot and, of course, wheels within wheels.”
-- Diana Gabaldon, #1 New York Times bestselling author of Outlander

“This is apocalyptic sci-fi at its best.”
-- Daily Mail on The Solar War


NOTE: this novel is available in a variety of formats: as an eBook on Kindle Fire and Kindle eReader, as an Audible audiobook, and in print (paperback and hardcover). It is also enrolled in Kindle Unlimited where subscribers can read for free.

James I Mapletoft
TOP 1000 REVIEWER
2.0 out of 5 stars Less boring than the last one, but only just.
1 December 2019
Format: Kindle EditionVerified Purchase
I almost didn’t finish the second novel in the series, and actually wrote a review saying that it was so boring that I COULDN’T finish it. Boredom of another kind overtook me and I ended up finishing that novel. In fact the last few chapters of that one made me buy this one. Was it a mistake? Hmmmmm.

Okay, with that out of the way let’s look at THIS novel. Boring? Hell yes. He should have left it as novella. The “twist” is as ludicrous as the Alpha predator having no herds of herbivores to eat. Huge herds of “rexes” but no huge herds of anything for them to eat? Really? And don’t get me started on the “scorpions”.

The ending is a fizzer, and worst of all the link to the epilogue isn’t available yet. You have to signup to his email for that. Not cool, not cool at all.
Read more
2 people found this helpful
Helpful
Comment Report abuse

Bill M
TOP 500 REVIEWER
5.0 out of 5 stars Surprises in store.
16 November 2019
Format: Kindle EditionVerified Purchase
Now we know why the grid came into existence and why the the grid was so interested in James Sinclair that he and the survivors were allowed to travel to another star system. This is a cautionary tale about the programming of artificial intelligences , that instructions given are literally followed.

Surprises in plots in science fiction in my reading experience have been rare but I can honestly say that there were two in this third book of "The Long Winter Trilogy". For those alone five stars is deserved but when one considers the writing quality, the language use, the character development, the story telling, the lack of any editorial errors, then a glowing five stars with a recommendation at the extremely high level is necessary.
Read more
Helpful
Comment Report abuse

Ian Crane
4.0 out of 5 stars The best of both worlds
17 November 2019
Format: Kindle EditionVerified Purchase
Riddle caps off his previous 2 parter- and just keeps going. The Lost Colony is the (true) ending to the The Long Winter trilogy that in true Riddle fashion touches on everything from quantum physics, existentialism, creationism all wrapped up in a captivating land before time.
As a Chrisitan, one interesting thing to note is that Riddle can do all this and comes so very close to a complete realisation for the universe without once mentioning God, The Bible or religion.
Which is both a testament to the type of writing he produces but also a little sad. There is so much of the author's own ideas, wants longings and desires wrapped up in this book that it can be a little dissapointing that the ultimate realisation is, Black holes/time travel and the rebirth of time adnorsium.

The Lost Colony was pitched as a novella and the story seemingly ends about 50% of the way through before launching into a well thought out Matrix style denouncement of everything that has been going on. Riddle doesn't stop writing though until the full details and all the loose ends are tied up which is really the reward for sticking through it.
Parts of the book are circular on purpose, there are reparative parts to this book and again, the first 50% feels like padding from the 2nd book as people literally run in circles and it can get a bit tedious.
Gerry ultimately pitches 2 AI as "the angel and the demon" sitting on the shoulders of the universe arguing over the creation of humans and their right to exist. He uses a well-known self help philosophy book as a his "Bible" and even comes around to the foundations of what is essentially establishing the first Church.

If you liked the ending of Lost, Battlestar and you liked the quantum physics in Interstellar there is a LOT to chew on here. Classic Riddle, always pondering if our world is even real or not, I read this in a weekend and would recommend it to everyone.
Read more
Helpful
Comment Report abuse

lorraine
5.0 out of 5 stars very good book
4 December 2019
Format: Kindle EditionVerified Purchase
this was the 3 rd book in the long winter trilogy. I enjoyed each book in the series. the characters were well developed and very likeable. I would recommend this author, he has an excellent imagination which keeps your attention. I couldn't wait to turn each page. if you enjoy science fiction(especially when it starts on earth) you will love this series
Lorraine
Read more
Helpful
Comment Report abuse

Bec D
5.0 out of 5 stars Excellent, thought-provoking conclusion
20 November 2019
Format: Kindle EditionVerified Purchase
I really liked this series, and this was a fantastic conclusion to a fascinating story. I found this final installment surprisingly complex, very interesting and extremely well presented so as not to lose the reader along the way. A thoroughly enjoyable book that i just couldn't put down.
Read more
Helpful
Comment Report abuse

Steven
5.0 out of 5 stars Great conclusion to the trilogy
16 November 2019
Format: Kindle EditionVerified Purchase
Surprising and deeply clever conclusion to a great series. Riddle has both a gift for character and a fluency with physics. A lesser author would struggle to make such a complex and ambitious plot line sing in the way he does.
Read more
Helpful
Comment Report abuse

Mike Vos
5.0 out of 5 stars My comments on this excellent book
6 December 2019
Format: Kindle EditionVerified Purchase
An incredibly complex and spellbinding subject with excellent execution. I really enjoyed this book in all its complexities and twists and turns.
Read more
Helpful
Comment Report abuse

Go to Amazon.com to see all 461 reviews 4.4 out of 5 stars
Get FREE delivery with Amazon Prime
Prime members enjoy FREE Delivery and exclusive access to movies, TV shows, music, Kindle e-books, Twitch Prime, and more.
> Get Started
Back to top
Get to Know Us
Make Money with Us
Let Us Help You
And don't forget:
© 1996-2020, Amazon.com, Inc. or its affiliates