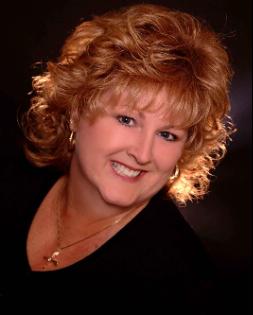 by Mackenzie McKade (Author)
4.0 out of 5 stars 3 ratings
See all formats and editions
Sorry, there was a problem loading this page. Try again.

He found her handcuffed to his bed. Can they unchain her memories in time to save her life? When pharmaceutical researcher Alexis Knight returns home from the Amazon jungle in a quest to reclaim the year of her life lost to amnesia, she discovers a host of changes have taken place in her absence. Not only has the shy, geeky boy she knew years ago transformed into a virile, confident hunk, he's bought her family home and is in the process of turning her late mother's bedroom into a den of iniquity. When Jake O'Malley finds spitfire Allie handcuffed to his bed, accused of breaking and entering, his first thought is that his dreams have been served up to him on a platter. Then he realizes she's not acting when she says she doesn't remember the past year, nor her own mother's death. As Jake eases Allie past her grief, her journey to reclaim her memories entwines with an exploration into the world of BDSM. Just as their psychological duel to dominate heats up, they make another, more chilling discovery. There's a reason Allie lost her memory-someone wants her dead. Warnings: This book has a to-die-for, want-him-to-take-me-home-and-sex-me-up hero. Hero has hot, kinky, explicit sex with the heroine, which may induce jealousy. Spanking and light bondage are involved so have a cold beverage, a fan and a significant other nearby.
Read more
Previous page
Next page

When not traveling through her vivid imagination, she’s spending time with three beautiful daughters, three devilishly handsome grandsons, and the man of her dreams. She loves to write, enjoys reading and can’t wait ’til summer. Boating and jet skiing are top on her list of activities. Add to that laughter and if mischief is in order—Mackenzie’s your gal!

Maryann Parcell
4.0 out of 5 stars Most Enjoyable
Reviewed in the United States on 27 April 2013
Verified Purchase
I love all Mackenzie McKade books and this was no exception. I've enjoyed others more but this is still fantastic reading.
Read more
Report abuse
See all reviews
Back to top
Get to Know Us
Make Money with Us
Let Us Help You
And don't forget:
© 1996-2021, Amazon.com, Inc. or its affiliates