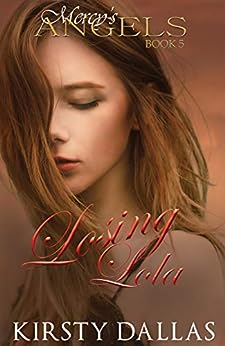 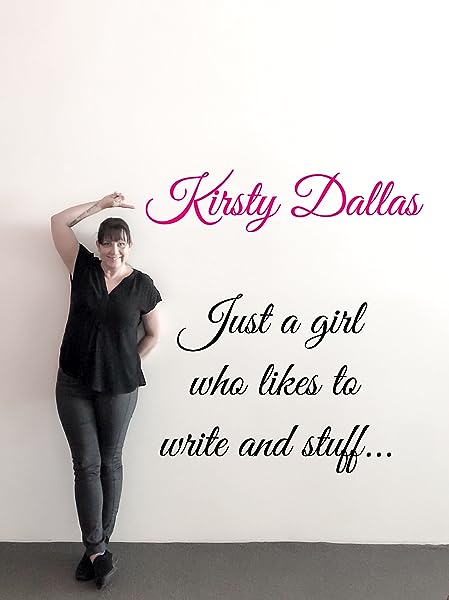 by Kirsty Dallas (Author), Ami Johnson (Editor) Format: Kindle Edition
See all formats and editions
Sorry, there was a problem loading this page. Try again.
“I’m going to break you.”
Those were the words Lola feared most, from the man she feared most. She ran until she reached the small-town comfort of Claymont. She hid within its quaint embrace, and as soon as she let her defences down, he came for her.

“He broke me,"
These three words would haunt Drew King until the day he died. An imposing man of brute strength and frightening scars, Drew preferred to keep to the shadows, watching from afar. Lola had drawn his attention the first time he laid eyes on her. Her aloof nature intrigued him, her beauty struck him right in his dark heart. The night she fell into his arms broken, bleeding, and dying, a fire was lit in his soul. The best revenge is that which is served cold and bloody.

This book contains references to sexual assault, violence, PTDS, and other themes that some readers may find triggering.

Kirsty Dallas is the Best Selling and Award Winning Author of the comedy romance novel, Decker's Wood and the highly acclaimed Mercy's Angels Series. She has also written stand alone novels, Breeze Of Life, Violet Addiction and the award winning dystopian fiction, When Nothing Is All You've Got. She is also a screenwriter who most recently embarked on a joint project with Director and screenwriter, Chris Sun. As co-writer and script editor on the film Boar, this highly anticipated horror has been signed to Universal Pictures Australia. --This text refers to the paperback edition.

Just a girl who likes to write, and stuff.

Kirsty Dallas is an international bestselling and award-winning author, however, she has a really hard time spitting out the title 'author'. When people ask her what she does for a living, she starts by telling them about her part-time job as an optical dispenser before slipping on the end in a hushed tone, &quot;I also write...and stuff&quot;.

Kirsty Dallas' stories are renowned for their raw honesty and engaging characters. Plots that delve into the frightening subjects of abuse, rape, drugs and violence are twisted into the pages of her books, bringing heart-stopping action and a roller coaster of emotion.

With Australian director and screenwriter, Chris Sun, Kirsty worked as script editor on the horror feature film, Boar. Boar was signed to Universal Pictures Australia and released in 2018. More recently she worked as script editor for Brendan Byrne's horror film, Our Social Playground, and in 2020 has embarked with Chris again on their next, yet to be announced, horror film.

For further information on her previous and or future work, you can find Kirsty at:

Hannah Butler
5.0 out of 5 stars Another stunning book by Kirsty Dallas!!
Reviewed in Australia on 21 May 2017
Verified Purchase
Kirsty Dallas has knocked it out of the park once again and has taken me on yet another emotional rollercoaster.

Losing Lola is set in the town of Claymont predominately, as with the other books in the Mercy’s Angels series, and tells the story of Lola and Drew, a woman in hiding from a demon and a man with his own demons to bear. Losing Lola deals with the confronting issue of rape and may cause triggers for some, but in true Kirsty Dallas fashion she deals with the heavy subject matter with care and consideration and she doesn’t skim over the hard parts, she tackles them head on and it’s rewarding to watch Lola slowly begin to heal and discover the strength she’s had hiding within all along.

It’s impossible not to fall in love with Drew, while not physically “perfect” with his visible scar, this only makes him all the more mysteriously sexy, endearing and real. His need to keep Lola safe and help her rebuild her confidence and life is so sweet to watch.

Losing Lola captivated me right from the start and is an action packed, engaging read. Kirsty Dallas has a way with words that easily transports the reader to another time and place. Losing Lola is an emotional read and in true Kirsty Dallas fashion she tears a hole in your heart and turns you into a sobbing mess before slowly patching it back up again. It’s a true testament to her writing that she can take you on such a ride that truly makes you feel.

Readers will easily be swept away by the characters and settings in this action packed, emotional novel and will be eagerly awaiting the next instalment (as I am, bring on Gabbie!!).

Read3rz Re Vu
4.0 out of 5 stars Intense, captivating and romantic.
Reviewed in Australia on 7 November 2018
Losing Lola is an intense story of mental strength, healing and love overcoming the aftermath of sexual assault. The story has a lot of soul and romance which makes it a captivating read – did I mention that it’s also very sexy? It’s not for the faint-hearted and parts of Lola’s assault experience can be quite confronting. What I liked about this book is that even though Drew was a tough, quiet, military hottie who rescues Lola physically, it’s Lola who pulls herself from her own internal demons and fears. Also in a way, her femininity and vulnerability saved Drew from his past and his shadows. It’s realistic that Lola had a great support network called Mercy’s Angels (women’s shelter) to help her overcome her experience. I liked that the chapters alternate from Lola and Drew’s perspectives, their voices in the story are very different which I felt was well done. The story progresses at a fast pace, there’s a good portion of the story dedicated to Drew and Lola’s relationship development. The message at the end of the book which I thought is highly relevant says “Sexual assault is something you experience. It does not define you.” I recommend this for romance adult readers and those who enjoys a sexy read. This book can be read as a stand-alone!

Little miss t
4.0 out of 5 stars 4.5 stars
Reviewed in the United Kingdom on 4 June 2017
Verified Purchase
The highly anticipated story of Lola and Drew. Although it says it can be read as a standalone, I would avoid this, as the characters from previous stories continue on their journeys in each book. Also, we've met Drew and Lola a little in the previous books so it's nice to read the series in order.

This book takes us through Lola and Drew's story of protecting Lola from the difficult and dangerous past that finally finds her. Whilst spending time on the run, the two develop their relationship which is beautiful to read.

The only reason I couldn't give it 5 stars was that I felt Drew's character could have been a bit more developed- I think that I thought he would be more similar to Braiden which would have fit his character more with them having similar backgrounds. Although I've probably just be spoilt by Braiden's character who is one of the best male characters I've ever read.

There's no mention of another book but I'm soooo hoping we get Bomber and Gabby's story next- and I truly hope it's not too long a wait :) A highly recommended series.
Read more
Report abuse

Jasmine
5.0 out of 5 stars A well deserved 5 stars
Reviewed in the United Kingdom on 23 May 2017
Verified Purchase
So I have been waiting for this book for ages and let me tell you I was not disappointed I loved lola and drew for such a hard subject to write about Kristy Dallas got it spot on I would recommend this series to anyone
Read more
Report abuse

Nancy
3.0 out of 5 stars Too Much of the Damsel In Distress Saved by the Big Bad Alpha
Reviewed in the United States on 30 May 2017
Verified Purchase
Maybe it's me, but I gave this book 3 stars and a refund request. The book opens with Lola being raped by her foster brother which leaves her broken with PTSD and OCD. She's been working for Rebecca at Bouquets and hiding from her brother because of his sexual interest in her. Drew King who works for Dillon, was always attracted to Lola and becomes her protector and savior and that's where I have a problem with this story. Drew says Lola is strong (I think it's because she doesn't commit suicide), but she completely depends on Drew for everything and that's my complaint about this book. It's the damsel in distress and the big alpha man saves the day. I'm all about the female saves herself instead Drew takes care of everything including getting Lola to like sex with him( really?!). The next book sounds more interesting with Gabbie center stage. She's part of Dillon's team and can really kick ass. I like Gabbie and Bomber's back and forth as they work together. She's no shrinking violet, hiding behind anyone.
Read more
One person found this helpful
Report abuse

TaraB.
5.0 out of 5 stars Scars and Strength
Reviewed in the United States on 28 May 2017
Verified Purchase
I love the Mercy's Angels series. The stories are realistic and relatable. I never have trouble connecting with characters and being drawn into the plot. Every time I read one of the books in this series, I'm sent on an emotional rollercoaster that I don't want to get off of.

In each book we see the characters find strength in their scars. We see true examples of family, friendship, and love. In Lola's story, we join her on her discovery to finding the strength she never knew she had. Along the way, Drew remains a constant pillar of love and support. He is patient, kind, and gentle. He gifts Lola a side of himself that he hasn't shared with anyone else.

I recommend the series as a whole, and I'm waiting eagerly for Gabbie and Bomber's story.
Read more
Report abuse

*Lola*
“The woman I thought was lost was still there, stronger than ever, titanium”
Read more
Report abuse
See all reviews
Back to top
Get to Know Us
Make Money with Us
Let Us Help You
And don't forget:
© 1996-2022, Amazon.com, Inc. or its affiliates