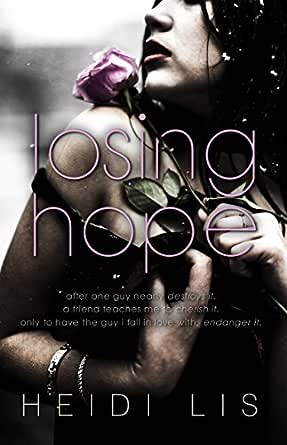 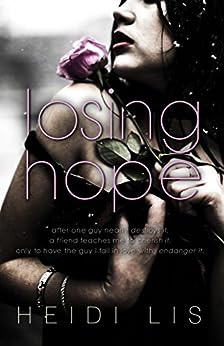 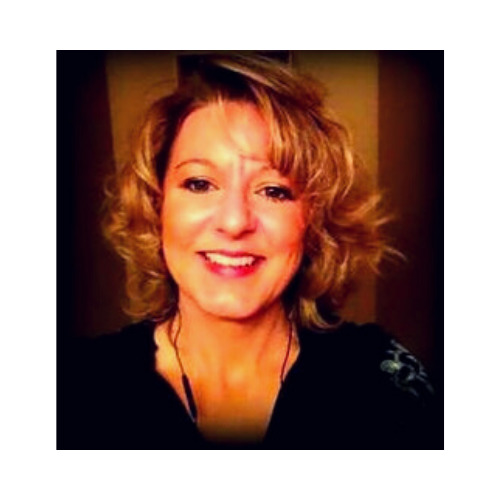 Sharon Thérèse
TOP 500 REVIEWER
4.0 out of 5 stars Emotionally appealing to the ugly cry readers.
Reviewed in Australia on 21 March 2017
Firstly, I need to mention how beautiful the cover for Losing Hope is; apt and befitting. A cover must catch the reader's eye, entice them to look further and this works wonderfully. Heidi Lis is not an author I have read before, I had a quick look on site and realised she had other works already published. I’m happy to say after reading this book I would likely read more from her. Fluent writing style, conveying emotions well. Solid plot line, immersive and engaging; I didn’t skip anything and enjoyed, for the most part, what I read.

Chapter one is a doozy; throws you right in at the deep end. By the time the reader gets to chapter three well…. you’ll be swimming in tissues. This author has no hesitation pulling her punches right at the beginning. That’s what we want right? Something that drags us in, something that pulls those emotional heartstrings until they unravel. The first few chapters are intensely raw and in places starkly brutal, scenes that don’t leave the imagination so easily. However, after these first few chapters, I felt the emotive facet fell away rather quickly and the story never quite regained that same clout. The author takes her time teasing out details, which does work often, but unfortunately the hinting became annoying in some places and I really didn’t see the need for some of it. Hence a frustrated reader and not in a ‘can’t wait for the reveal’ kind of way either.

Onto the characters; Heidi wrote some good, well developed ones, for the most part likeable. My opinions shifted a few times the further I read but I think most readers will be the same. Hope was the tragic girl, life had beaten her down more than a few times and we have one very broken girl struggling to adapt to a life that is so far different from what it used to be. Having a good support system in her best friend Ireland, her father and brother, made her life bearable. I guess this is Hope’s struggle to live as normal a life as she possibly can. Her reactions to some things were overbearing and over the top in some aspects, let the solidity of her character down sometimes.

I wasn’t altogether swept away with the plot/subplot of Ian. I’m probably in the minority here so I shall explain. There’s no argument that when they met they were both low and vulnerable and that they absolutely needed each other. It was a turning point for both. Hope always said she felt ‘comfortable’ with Ian. It should have stayed that way. His actions afterwards were a little mean and honestly, should have been the end of whatever they shared. Don’t get me wrong, Ian was a tremendously lovable man battling his own demons, the reader can’t help the affection bestowed on his character. Yet I felt what he and Hope shared was ‘lacking’. After all, if you love someone so much how can you fall head over heels for another?

Damien (and not the ex) was a totally different kettle of fish and in stark contrast to Ian, Hope fell hard for this man. Again, we find out that he too has things from his past he would rather keep there. Unfortunately, it isn’t often his choice to do so as his past rears its ugly, ugly head in the form of Alli. Sparks flew between Damien and Hope from the offset, yet they couldn’t get over that hill. I was disappointed greatly with the turn of events concerning Damien, the outcome left a bad taste in my mouth. I think he was cheated, I think Hope was cheated, and I think Ian was cheated.

The ending felt lukewarm, there was no conviction in the decisions made. It wasn’t a gushing ending for me, again a tad let down. I’d like to see more of the characters in the book, I think you have an excellent base for a story on Hunter and Ireland and definitely Damien. I would go on to read them despite my reservations and observations of Losing Hope. I would have to rate this a 4 star read at a push, some of my comments are personal opinions but I can definitely see the appeal this read will have and how readers will enjoy it.

Jodia-Ann Monique Irving
3.0 out of 5 stars Great storyline.
Reviewed in the United Kingdom on 26 August 2018
Verified Purchase
I was looking forward to this story because it sounded wonderful but I couldn't enjoy the story because the writing was really bad.
Read more
One person found this helpful
Helpful
Sending feedback...
Thank you for your feedback.
Sorry, we failed to record your vote. Please try again
Report abuse

Edith Dubielak
5.0 out of 5 stars An emotional roller-coaster, but with HOPE anything is possible!
Reviewed in the United States on 8 April 2017
Verified Purchase
Losing Hope by Author Heidi Lis is an inspirational romance. An emotional roller coaster, but at the same time give you HOPE that there is light despite all the darkness. I have read every book Heidi has written so far and like her previous books and like her previous amazing books she did not disappoint me. Losing Hope is my favorite book that I have read this year so far.

We first meet Hope on a day that should be a happy time but soon turns to a day that will haunt her with pain, sorrow, guilt towards her actions, hatred towards someone from her past. Her world became complete darkness.

"Now I’m left to pick up the pieces as my guilt smothers me, casting a shadow that turns my days dark, and my nights even darker." – Hope

Hope is a character I connected with from the very start. Heidi did an amazing job with her description in her writing that I went through boxes and boxes of tissues. The whole time I was reading the book I swear I felt like I jumped into the book and I was in there experiencing everything Hope was going through. Each character is very well developed and likable. I utterly enjoyed the relationship Hope had with her brother Hunter. Me being an only child the whole time I was reading the book I found myself thinking dang it, I wish I had a protective brother or man can I have a brother like that. That's how well developed Heidi's characters are. She makes you want to be in her books. Now let's not forget the two men in this lovely book. One made me want to throw my phone across the room and the other made me cry my eyes out. Ian and Damien the two men who will play a huge role in Hope's life. Ian came into Hope's life during her darkest days. He understood what she was going through because he could relate and Damien the man who could make her insides melt. Make her want to live again, but his past can threaten everything.

There's a lot that happens in this book and so many twists and turns and I love every single one of them. This book will have you at the edge of your seat.I could not put this book down. I read this book the minute I got it and didn't put it down until I finished it. Heidi Lis is my absolute favorite author. Even the Melanie character that you're supposed to hate I ended up feeling sorry for. Heidi is such a great writer that I hope there will be a follow-up book to that character, even though she was the evil of the characters. So in my conclusion, if you are a reader who likes to read a book that will test your emotions, has some suspense, and lots of twists then this is the book for you.
Read more

CD Rey
5.0 out of 5 stars Great Read
Reviewed in the United States on 11 August 2018
Verified Purchase
This was an emotional story. At the the start it had me in tears and a few other times throughout. Hope had a great family life. Till it wasn't, tragedy happens. She has a crazy ex she has to watch out for. She meets Ian and he helps her heal, to regain part of herself she lost. To look forward to living again. Then he moves and breaks her heart (he thought he was doing what was best for her.) She meets Damian fall for him but he has demons in his past and a bat s**t crazy ex too. Can Hope find her hea? read and find out it is worth it. It is well written, the characters and side characters are great. I received it as arc and voluntarily reviewed it.
Read more
2 people found this helpful
Helpful
Sending feedback...
Thank you for your feedback.
Sorry, we failed to record your vote. Please try again
Report abuse

Kindle Customer
5.0 out of 5 stars Tears and more tears
Reviewed in the United States on 23 January 2020
Verified Purchase
This was Dynamite.This book had me from the beginning and didn't let go until the end of the book.First time author read for me but it want be my last.HAPPY READING EVERYONE.
Read more
One person found this helpful
Helpful
Sending feedback...
Thank you for your feedback.
Sorry, we failed to record your vote. Please try again
Report abuse

Mons
5.0 out of 5 stars WOW!!
Reviewed in the United States on 9 August 2018
Verified Purchase
I'm gobsmacked, this book took me on a journey and a half.

The ups and downs, twists and turns. Never quite sure of what is next. A fantastic read, developed, somewhat complex characters. All neatly tied up in the end.
Read more
One person found this helpful
Helpful
Sending feedback...
Thank you for your feedback.
Sorry, we failed to record your vote. Please try again
Report abuse
Load more international reviews

Kara
5.0 out of 5 stars Awsome
Reviewed in the United States on 16 May 2017
Verified Purchase
So heart felt and emotions.....You feel as if you are actually there feeling and living every thing they feel.I love it
Read more
One person found this helpful
Helpful
Sending feedback...
Thank you for your feedback.
Sorry, we failed to record your vote. Please try again
Report abuse