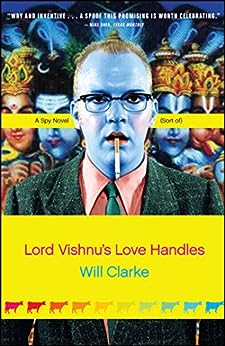 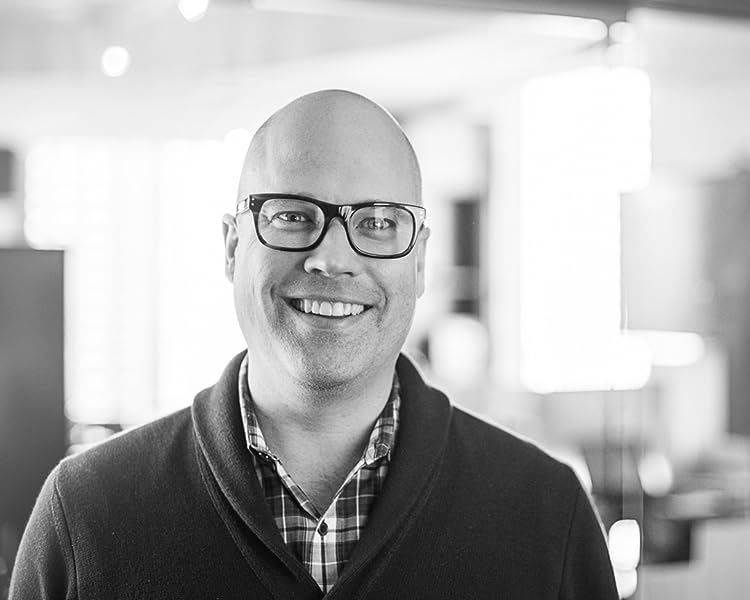 by Will Clarke (Author) Format: Kindle Edition
See all formats and editions
Sorry, there was a problem loading this page. Try again.
Read more Read less
Previous page
Next page

"Wry and inventive...a spoof this promising is worth celebrating."
-- Mike Shea, Texas Monthly

"With his over-the-top debut, author Will Clarke makes the leap from fringe author to mainstream success."
-- Michael Hoinski, Austin-American Statesman

"A trippy tale reminiscent of Douglas Coupland's All Families Are Psychotic or Tom Robbins's Another Roadside Attraction."
-- Robert Wilonsky, Dallas Observer --This text refers to an out of print or unavailable edition of this title.

Will Clarke doesn't want you to know where he lives or what he's doing next. --This text refers to an out of print or unavailable edition of this title.

The Real Fred Bloggs
5.0 out of 5 stars The Clarkemeister does it again
Reviewed in the United Kingdom on 7 August 2017
Verified Purchase
The mighty Will Clarke strikes again. His second novel (some sources claim it’s his first, but the publication history is a bit blurred due to his self-publishing at least one of the books before Simon & Schuster took them on), after the spooky college comedy of “The Worthy”, “Lord Vishnu’s Love Handles: A Spy Story (Sort Of)” is a spy story (sort of). More paranormal goings-on, but instead of a first-person present-tense ghost, this time we have a first-person present-tense alcoholic businessman, Travis Anderson, whose software company company is failing, thanks to his incompetent business partner (who may or may not be having an affair with his wife), but he scores phenomenally high scores on Psychic Cow, an on-line guessing game to which he is addicted, so high that he must be psychic.

This brings him to the attention of Shimmer Inc., a CIA contractor company, which specialises in using psychic spies (shades of Jon Ronson and "The Men Who Stare At Goats") to locate missing persons, and to remotely influence people’s behaviour. They blackmail him into joining them (he owes five million dollars to the IRS), and he locates a missing young woman, who is then killed by them, and comes back to haunt him as a ghost. It turns out that one of the operatives working with him - I won’t say which, that would be “spoilers” - is a psychotic maniac who has a fiendish plan to destroy the world, or at least Disney World in Florida. To rescue his kidnapped wife and child, and save the world (or maybe just Disney World), Travis and two other psychic operatives must disguise themselves as Mickey Mouse and the less well-known Chip ’n’ Dale (two rather minor Disney chipmunk characters) in order to mingle with the vacationers at the Magic Kingdom while searching for his family and the villain, who is...(uh, uh, “spoilers”), and in a spectacular showdown on top of Spaceship Earth, the iconic Epcot dome, he faces a dilemma about whether or not to kill the villain (“spoilers” again, re why he’s likely to make the wrong decision).

Clarke has been compared to Tom Robbins (but not Tim Robbins), because of the barking-mad magic (sur)realism in his stories, and to Kurt Vonnegut and Douglas Adams, because of the barking-mad science-fictionalness of his books. And because of barking-mad crime thriller elements in his narratives, and the settings in Southern states, his work has also been likened to that of Carl Hiassen. Lord Vishnu zips along like the paciest of thrillers, has more laugh-out-loud comedy than all the Austin Powers movies laid end-to-end (and laying them end-to-end is definitely funnier than watching them), and for all the paranormal loopiness there is a strong moral core, and a belief in decency and family values which shines through all the madness.

If Iz Diamond and Billy Wilder (the creators of “Some Like It Hot”) had written a spy thriller about psychics for Alfred Hitchcock to direct, it would have been something like this. But there is no way that Disney would have allowed even a mention of the Magic Kingdom and Epcot in a movie version. And the reason that the uproarious climax and spectacular finale works so well is that its setting is Disney World. No wonder the movie option went into development hell.

Still, if we can’t have the movie, we can have the book, very cheaply. The Kindle version is currently fourteen pounds cheaper than the paperback, and if you want to discover the best writer currently living in Texas, you should buy the Kindle e-book of Lord Vishnu immediately. And his other books too

A. Arora
5.0 out of 5 stars Completely blows ur mind away.... if made into a movie, it'll be the next matrix
Reviewed in the United Kingdom on 25 January 2017
Verified Purchase
Couldn't put it down until I had read the last words... brilliant narrative and good storeyline... who knows there could be some truth to the end of it
Read more
Report abuse

RYCJ
5.0 out of 5 stars A Dot.Com Psycho Thrill
Reviewed in the United States on 2 April 2011
Verified Purchase
Things began civil. Opened the book and instantly realized the writing was right up my reading alley. A failing business, a wife suspected of cheating, and a man with a drinking problem spread around vats of humor and arresting phrases. Again, my kind of wit.

When whomp! Here comes blue and purple faces and mystical stuff that says, `oh no,' time to close the book. I did. Closed the book and I moved on to other things, albeit, keeping the book nearby. Well, I'll be if a day doesn't come when I'd had enough, pushing me into a mood that had me rolling over reaching for the sort of spy book.

I love this book! Absolutely love it! Like déjà vu I couldn't have found a better time to pick up Lord Vishnu. Yes, cavorting around inside Vishnu's head, crying laughing to tears, come to find out the man was `fighting insanity with his bare fist,' and he wasn't winning. It's been a while since a book has had me laughing as hard, despite not being all the way sure I was supposed to be laughing. Very clever writing mixing realism with insanity like this. Throughout I had to check myself to make sure it wasn't me drinking. A very fascinating read, even if the ending, as I suppose this was when all of us were coming to our senses, wrapped up in a way that got me sober before I wanted to. I think one of the Vishnu's is now cavorting around in my head!
Read more
3 people found this helpful
Report abuse

A. Fox
4.0 out of 5 stars Fantastic way to spend an afternoon
Reviewed in the United States on 4 October 2006
Verified Purchase
I wasn't sure what I was in for, as I picked up the book on a whim based on the strength of the cover, whacky title, and back flap description. I have to say I was *not* disappointed.

If you're a fan of the unusual, the bizarre, the quirky and snarky (and other *rky words), then you'll love this book about a semi-average joe, psychics, Vishnu and southern California. The author manages to bring his own style to all these lovely adjectives, rather than being "the American Douglas Adams" or "the new Christopher Buckley" or some such, and his originality is truly refreshing. I agree with the other reader -- it wasn't laugh out loud funny, but I was delighted the whole way through. And keeping me delighted is not an easy task. I meant to just read it a bit during my lunch hour thru-out the week but I ended up devouring the entire thing in one day.

In fact, that's the only reason it didn't get 5 stars: I was left wishing the book was longer, because it was so enjoyable. All in all, not that bad of a detractor. I just hope the author can keep 'em coming!
Read more
2 people found this helpful
Report abuse
See all reviews
Back to top
Get to Know Us
Make Money with Us
Let Us Help You
And don't forget:
© 1996-2021, Amazon.com, Inc. or its affiliates