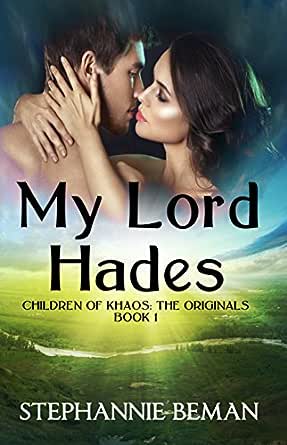 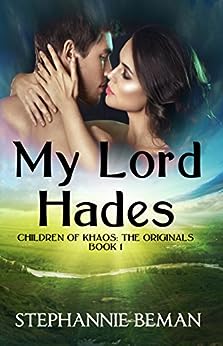 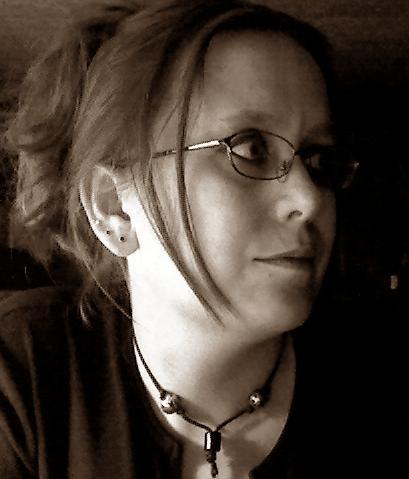 Stephannie Beman has been a storyteller since the moment she first learned to speak, an avid reader since before she could really read, a writer since she penned her first story, and a daydreamer on a mission. For her, legends have always been alive, fairy tales have lessons to teach, love is eternal, and myths are survivors of bygone years. Stephannie, her husband, and two daughters presently live on a small ranch in Southwestern Wyoming in the original homestead cabin, surrounded by a forest, meadow land, mountains, and a river which only fuel her already fertile imagination. Welcome to her World! --This text refers to an out of print or unavailable edition of this title.

3.1 out of 5 stars
3.1 out of 5
11 global ratings
How are ratings calculated?
To calculate the overall star rating and percentage breakdown by star, we don’t use a simple average. Instead, our system considers things like how recent a review is and if the reviewer bought the item on Amazon. It also analyses reviews to verify trustworthiness.

Toni
4.0 out of 5 stars My Lord hades
Reviewed in the United Kingdom on 10 January 2014
Verified Purchase
I love Greek Mythology and its often easy to remember that one thing the God's (especially the Olympians) do well is screw each other over. I enjoyed the interesting twist by making them more daemon they became the ones who cared about humans great story.
Read more
Report abuse

Gothika
5.0 out of 5 stars Loved it
Reviewed in the United Kingdom on 5 December 2013
Verified Purchase
Loved it a new take on an old myth, would definitely buy more from this author. There is another version of this book with out the more adult material.
Read more
Report abuse

Bridget Birkner
2.0 out of 5 stars This could have been a great story, but.....
Reviewed in the United States on 9 September 2018
Verified Purchase
Pros: Great storyline/plot. I get how Stephanie was trying to tell her story. The visualizations were beautiful and very pronounced. All in all the theme itself was good.

Cons: First, the cover of this book makes me want to vomit. When I think of Hades and Persephone fanfiction, I think of two timeless immortals so deeply in love it comes right off the paper! But the cover of this book looks like something from a cheesy soap opera. I almost didn't even read it when it came in the mail because at the time I bought it, it showed a different cover here on Amazon. The editing was awful. This was not professionally edited and there were times it became difficult to read. I couldn't even deal with Demeter's character, I wanted to throw the book she made her so whiny and almost crazy obsessed. But the story gaps were the biggest issue for me. What caused the daliance between Demeter and Thanatos? Why didn't ANYONE tell Hades who Persephone was, and my biggest issue, what in the world happened to her twin sister Kora? It's like she faded from memory. If she is her twin, then why was Demeter only caring about Persephone? Same with Thanatos? She would also be a goddess, so she would be immortal, where the heck did she go?

This book could have gone far, but alas this happens with debut novels. I just wish the author would have tackled another couple before these two. Fans take serious pride in their love of the Hades/Persephone romance and as you see here, will be very brutally honest when a story doesn't do them justice.

Deljah
4.0 out of 5 stars Excellent Persephone & Hades Story
Reviewed in the United States on 7 October 2012
Verified Purchase
Most of us know the myth of Persephone and Hades, but here the author gave some fresh ideas to the tale. Hades was presented as a strong but sympathetic and desirable character. His love and longing for Persephone were swoon-worthy, rather than frightening or skeevy. If you were going to spend time in the Underworld, *this* Hades is the one you'd gladly do it for!

On that note, the Underworld was presented in an interesting way was well, and I enjoyed reading about how Hades came to rule it and how that impacted his interactions with other gods.

As to Persephone, I loooved her! I felt that she was presented a strong, fully realized character in her own right, rather than some weak, whiny victim that needed to be rescued. She was a true god in this book with powers of her own and intelligence, and this was so refreshing to see. There were interesting twists in her background and a very surprising explanation for why she cared about humans.

The relationship development and action were very good. The story here really was superb. I truly enjoyed this book and will probably re-read it some point. Persephone and Hades are one of my favorite "couples" in literature, since in my mind, their story is a variant of Beauty and the Beast (which is my favorite theme).

With all that said, there were some severe editing issues with this book. It was riddled with errors, misspellings, wrong words, conflated words, etc, etc. The errors were all.up.and.through. this book. It was beyond the need for a professional editor. I felt that the book was have benefited greatly if the author had just gotten one of her good girlfriends to proofread it and make corrections. However, the story itself outshone these editing problems. The story was head and shoulders above the editing and was 5+ star worthy in my opinion. I really hope the author will issue a corrected version and do this work justice.
Read more
One person found this helpful
Report abuse

Review
2.0 out of 5 stars Not as hoped
Reviewed in the United States on 24 July 2015
Verified Purchase
I was expecting a well told and thought out story with compatible elements to deliver to the readers what the summary left the, wanting. That expectation was snatched from me, crumbled up, stomped on, kicked around a few times, before being thrown into an incinerator for good measure. If you want a story with annoyingly fickle characters, stupid plot twists, inappropriate times for sex ( I knew this was going to be raunch, it just wasn't raunchy at the right times ), and with NO development between the characters' relationships though cute, romantic dialogue, then this story should have a bright flashing sing above its title screaming, "IM RIGHT HERE." Enjoy. Because I didn't.
Read more
One person found this helpful
Report abuse
See all reviews
Get FREE delivery with Amazon Prime
Prime members enjoy FREE Delivery and exclusive access to movies, TV shows, music, Kindle e-books, Twitch Prime, and more.
> Get Started
Back to top
Get to Know Us
Make Money with Us
Let Us Help You
And don't forget:
© 1996-2020, Amazon.com, Inc. or its affiliates