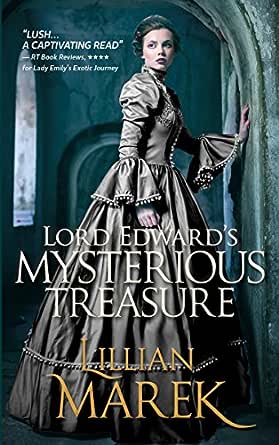 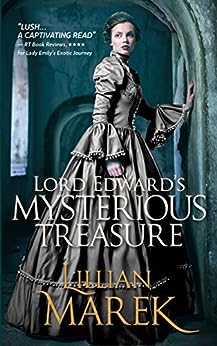 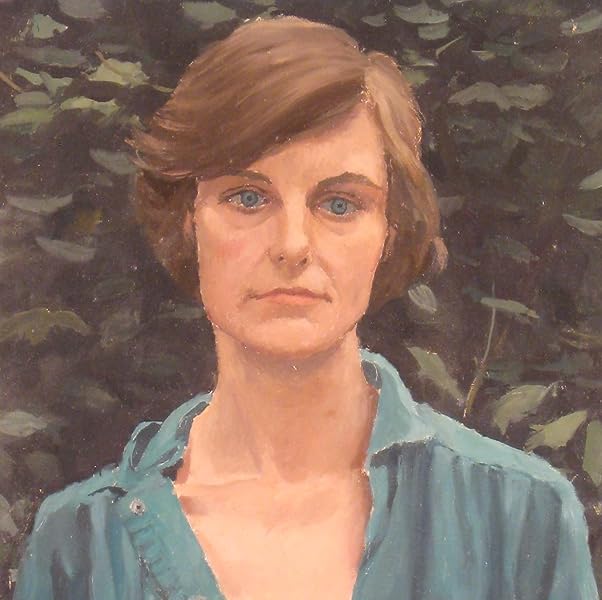 Lord Edward Tremaine comes to the fog-shrouded Chateau Morvan on the coast of Brittany. In this ancient building, all the inhabitants have secrets. The old vicomte demands that his descendents find a lost treasure, but he offers only hints to help the three cousins in their search. The beautiful and charming Delphine seems to be a creature of gaity and sunshine, but every now and then glimpses of something darker appear. Marguerite, the beautiful and brilliant pianist, is obviously afraid. What is it that threatens her? Antoine, who considers himself a modern man, ignores the swirling emotions, concentrating only on the money needed for him to build a steel factory.
Lord Edward wants to help his friend Antoine—and more and more he wants to help Marguerite and protect her—but can he do so before tragedy strikes?
click to open popover

Andrea
5.0 out of 5 stars Another Good One From Lillian Marek!
27 January 2018 - Published on Amazon.com
Verified Purchase
This book is successfully gothic complete with a creepy Chateau.

There is awesome detail about events of the time-period—my favorite!

One thing that is really unique in this book is that “the bad guys” are dealt with in a satisfying way. Often in HR novels, the bad guy is at worst, banished to India of America to “avoid” scandal of bringing their diabolical deeds to light for proper punishment.

I have read each of the books in this series and I have to say that Lillian Marek has earned a rare place (for me) as an “auto-buy” author!

Moriah
3.0 out of 5 stars A solid Gothic Romance
8 November 2017 - Published on Amazon.com
I received a copy of this title from the publisher for an honest review. This was a 3.25 star read for me which rounded down to 3 stars. Lord Edward's Mysterious Treasure is part of the Victorian Adventures, but I wasn't aware of this when I read the title and it worked very well as a stand alone. Lord Edward (Ned), is the younger son of an earl and has led a charmed life to date. He spends his time researching history and leapt at an invitation from his friend Tony to travel to visit his ancestral family home in France. Ned arrives to find a large gloomy chateau and assorted extended family in residence. Tony's great-grandfather the viscomte is bedridden with uncertain health and keeps talking about a treasure that Tony is hoping Ned can help locate. Also in residence is a seemingly charming young cousin, Delphine who immediately enchants him with her beauty and seemingly charming manner. Less charming is Delphine's older cousin, Marguerite Benda. Marguerite is a skilled musician who is descended from famed musicians and has publicly performed herself. Marguerite and Delphine reason for visiting the chateau is somewhat vague and Ned finds himself curious despite himself. The more time Ned finds with Delphine and Marguerite, the more he begins to suspect things aren't as they seem with the two ladies. Ned slowly finds himself drawn to Marguerite the more he gets to know her as they work together to discover the lost treasure. Ned's need to care for Marguerite as he gets to know her without making her give up her music made me absolutely love him and I appreciate her loyalty to her cousin. The development of the romance is well done and doesn't feel rushed. Fans of romances with mysteries or gothics will enjoy this title. I plan on looking earlier titles in this series.
Read more
One person found this helpful

Monique D
4.0 out of 5 stars A Gothic mystery!
8 November 2017 - Published on Amazon.com
Lord Edward “Ned” Tremaine received a letter from an old school chum, Antoine Morvan, who tells Ned that his great-great-grandfather told him there was a treasure at Château Morvan, in Brittany. Ned, being an historian, is curious and soon finds himself in France. Tony does not know what or where the treasure lays, but between them, they are sure to find it. Tony’s cousins Delphine de Roncaille and Marguerite Benda and Madame d’Hivers are also at the Château, who acts as a companion to the young women, and Horace, who was rescued by the family. Ned is transfixed when he sets eyes upon the fetching Delphine, but soon discovers that she is conceited, and flighty, whereas Marguerite who had appeared so rigid and serious gradually captivates his attention, and his heart.

LORD EDWARD’S MYSTERIOUS TREASURE is set in 1871, and Lillian Marek paints a precise picture of Brittany as well as the foreboding medieval stone castle; this book has a distinct gothic feel to it, down to the mist upon Ned’s arrival and all the mystery that surrounds not only the treasure but several characters as well. Ms. Marek has built an intriguing story upon historical facts, which was seamlessly done. The author’s research is impeccable, and her attention to period detail is flawless, especially when it came to the treasure. I thought that Ned’s sudden infatuation with Marguerite happened rather suddenly, but this was minor, however Marguerite’s rather ridiculous stubbornness jarred at times, and I did not quite understand her reaction to Ned’s offer, which always came back to her obstinacy to listen to reason.

LORD EDWARD’S MYSTERIOUS TREASURE is an excellent book, although I had a problem with the pacing, until the speed picked up a bit around the halfway mark, I felt it was very slow, it took a very long time for things to happen. On the other hand, Delphine is an exceptionally fascinating character whose presence, to put it mildly, made things extremely interesting, and I applaud Ms. Marek’s subtlety in creating this unique character.

I voluntarily reviewed an advanced reader copy of this book.
Read more
One person found this helpful

Inishowen Cailin
5.0 out of 5 stars I loved it.
8 November 2017 - Published on Amazon.com
I adore a good Gothic historical novel and 'Lord Edward's Mysterious Treasure' fits the bill perfectly. It is beautifully researched and the little snippets of factual information about the era blends brilliantly with the romance and suspense in the story.

Set in a crumbling French chateaux some time after The Siege of Paris it develops a gothic feel right from the beginning when Lord Tremaine arrives at the old castle and he meets its strange inhabitants. The tension and fear among the ladies in the house is tangible and Lord Edward is soon embroiled in their problems which centre round Delphine's theatrics and spiralling mental disorder.

The hunt for the treasure makes an intriguing adventure and Ned's suspicious illness and suspected poisoning makes for suspenseful reading. I enjoyed the romantic angle as well and I was rooting for Marguerite and Edward from the beginning.

Delphine is a beautiful, tragic character with a flawed personality which only becomes apparent as the story progresses. At the beginning of the novel I assumed her to be the beautiful heroine but her true colours quickly shone through and she became more unlikable as she retreated into her grandiose fantasies.

I liked the familial bond Edward had with his parents and how they thought nothing of spontaneously travelling a great distance to visit him in order to extricate him from trouble. Edward is a naive, young man and it felt right that they would jump to protect him. They make an interesting family and I will certainly be going back to read the first three books in the series.

I voluntarily reviewed an advance reading copy.
Read more
One person found this helpful
Go to Amazon.com to see all 10 reviews 4.3 out of 5 stars
Get FREE delivery with Amazon Prime
Prime members enjoy FREE Delivery and exclusive access to movies, TV shows, music, Kindle e-books, Twitch Prime, and more.
> Get Started
Back to top
Get to Know Us
Make Money with Us
Let Us Help You
And don't forget:
© 1996-2020, Amazon.com, Inc. or its affiliates