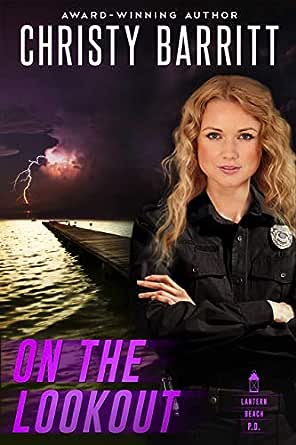 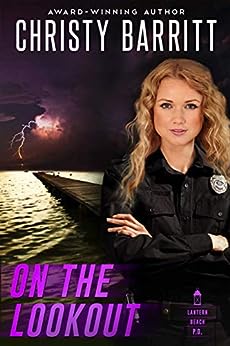 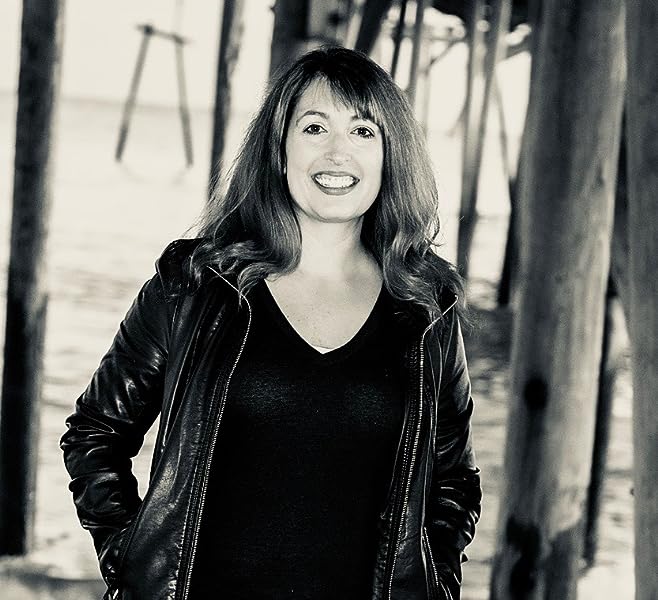 Cassidy and Ty are back in an all-new Lantern Beach series that will leave readers wanting more . . .

A runaway woman. A dead body. A mysterious compound.

When Cassidy Chambers accepted the job as police chief on Lantern Beach, she knew the island had its secrets. But a suspicious death with potentially far-reaching implications will test all her skills—and threaten to reveal her true identity.

Cassidy enlists the help of her husband, former Navy SEAL Ty Chambers. As they dig for answers, both uncover parts of their pasts that are best left buried. Not everything is as it seems, and they must figure out if their John Doe is connected to the secretive group that has moved onto the island.

As facts materialize, danger on the island grows. Can Cassidy and Ty discover the truth about the shadowy crimes in their cozy community? Or has darkness permanently invaded their beloved Lantern Beach?

***On the Lookout is the first book in the new Lantern Beach P.D. series. Each novel contains a standalone mystery, but several overarching mysteries stretch throughout the entire series.***

Other Books in the Lantern Beach PD Series:

Barbara Philips
5.0 out of 5 stars On the Lookout
25 September 2019
Format: Kindle EditionVerified Purchase
I found the above very exciting and challenging. I look forward to reading more by this Author I think there is a sequel.
Read more
Helpful
Comment Report abuse

Felicity Shepherd
5.0 out of 5 stars Suspenseful Read
28 August 2019
Format: Kindle Edition
Another great suspense from Christy Barritt! I enjoyed reading this and had a bit of trouble putting the book down. While the book concluded well it also left me wanting to read the next book as there are threads that haven't been solved.
Read more
Helpful
Comment Report abuse

Kindle Customer
5.0 out of 5 stars This was a really interesting story that held my interest while I was reading especially with regard to the cult and its leader...I found it was very believable and I was able to empathize with the pain and the way the characters were treated...I was interested to read future novels she might write ntere
18 July 2019
Format: Kindle Edition
I would recommend this novel to my friends and even grandchildren I especially liked the references to God and his strength and peace in our lives
Read more
Helpful
Comment Report abuse
See all 3 customer reviews
Write a customer review

Gary T Colvin
1.0 out of 5 stars Attempt to locate Christy Barrett
5 February 2019 - Published on Amazon.com
Format: Kindle EditionVerified Purchase
Terrible as always, never brings closure to stories, leaving the story hanging just to sell more books. When an author has to do this repeatedly to sell books shows lack of confidence or just greed. I will try again in three years to see if this continues. This book closes Barritt from our reading book group. Enjoy your trip to the bank.
Read more
38 people found this helpful

Kelly B.
5.0 out of 5 stars Interesting Introduction to a new series
4 February 2019 - Published on Amazon.com
Format: Kindle EditionVerified Purchase
On the Lookout begins a new series by Christy Barritt taking place in Lantern Beach. This time around, Cassidy is the police chief and the hunt for justice again. From the first chapter, I am interested in the idea of Gilead Cove and trying to figure out the connection to the dead body that came ashore. Stories with cults in them are fascinating because I have a hard time understanding why people believe their obvious lies, but I know Satan is working wonders. Anyways the cult idea is different for Barritt, but not original in the book realm. The suspense moved pretty rapidly and kept my focused. There isn't much romance in this novel, but I did see Cassidy and Ty who are now married, working as a married couple. Overall, On the Lookout is a unique first book in the series, and I really can't wait to read the rest.
Read more
28 people found this helpful

MF Literary Works
5.0 out of 5 stars Wow!
13 April 2019 - Published on Amazon.com
Format: Kindle EditionVerified Purchase
Okay, every time I pick up a Christy Barritt book and start reading, I know I'm going to be on the ride of my life.
Her stories are all so packed full of suspense, action, drama, and a bit of romance.
This story reminded me of a situation in my home state many years ago.
It appeared to be nothing out of the ordinary, but when the truth came out it was much more.
This story is one you will wonder, "what's really happening?"
Christy Barritt is such a skilled author. She brings so many twists and turns to all her books! They capture you from the very first page to the last! I stayed up late many nights to read this book because I just wanted to find out, who did it!
I highly recommend you pick this book up.

Elizabeth Upton
5.0 out of 5 stars Loved this book!!!!
12 April 2019 - Published on Amazon.com
Format: Kindle EditionVerified Purchase
I am loving the storylines that Christy is weaving in this series! Cassidy and Ty are starting to feel like family. I am reading about their lives and their friends like they are real people...that is what Christy does with her writing, she takes you to Lantern Beach and you can smell the water and feel the breeze! Clean mystery writing at its best!
Read more
25 people found this helpful

Tgr2121
5.0 out of 5 stars Intense
17 March 2019 - Published on Amazon.com
Format: Kindle EditionVerified Purchase
One of the most difficult topics to write about in fiction and keep believable is done in this book. The frustrations and the faith Cassidy and Ty and their friends experience is why I enjoyed reading this book.
Read more
26 people found this helpful
Go to Amazon.com to see all 242 reviews 4.3 out of 5 stars
Get FREE delivery with Amazon Prime
Prime members enjoy FREE Delivery and exclusive access to movies, TV shows, music, Kindle e-books, Twitch Prime, and more.
> Get Started
Back to top
Get to Know Us
Make Money with Us
Let Us Help You
And don't forget:
© 1996-2020, Amazon.com, Inc. or its affiliates