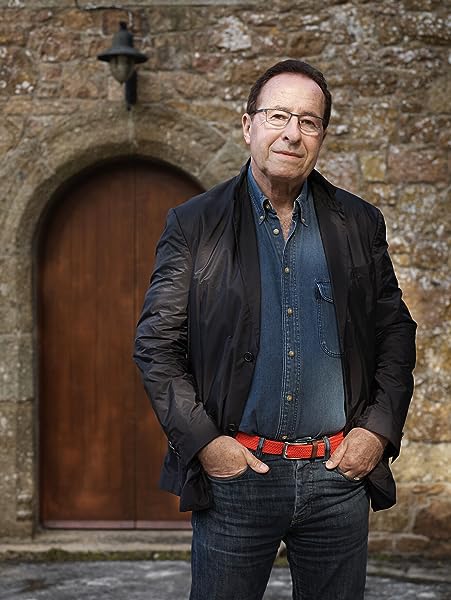 by Peter James (Author)
4.6 out of 5 stars 2,633 ratings
See all formats and editions
Sorry, there was a problem loading this page. Try again.

Page 1 of 1 Start overPage 1 of 1
Previous page
Next page
Start reading Looking Good Dead: A Roy Grace Novel 2 on your Kindle in under a minute.

Peter James is the international bestselling author of many award-winning novels. His Detective Superintendent Roy Grace series, set in Brighton, has been translated into thirty-seven languages with worldwide sales of over nineteen million copies, and has given him twelve Sunday Times number ones. In 2015 WHSmith customers publicly voted him the Greatest Crime Author of All Time and in 2016 he became the recipient of the coveted CWA Diamond Dagger lifetime achievement award for sustained excellence. Peter has also written a short story collection, A Twist of the Knife, and his standalone titles include Perfect People and The House on Cold Hill. He has also co-written a non-fiction account of Brighton’s toughest cases with former detective Graham Bartlett entitled Death Comes Knocking. The Perfect Murder, Dead Simple and Not Dead Enough have all been turned into smash-hit stage plays. All his novels reflect his deep interest in the world of the police. Three of his novels have been filmed and before becoming a full-time author he produced numerous films, including The Merchant of Venice, starring Al Pacino and Jeremy Irons.

4.6 out of 5 stars
4.6 out of 5
2,633 global ratings
How are ratings calculated?
To calculate the overall star rating and percentage breakdown by star, we don’t use a simple average. Instead, our system considers things like how recent a review is and if the reviewer bought the item on Amazon. It also analyses reviews to verify trustworthiness.

CMB
4.0 out of 5 stars Very good
Reviewed in Australia on 16 January 2021
Verified Purchase
A lot better than I had anticipated, in fact a really good story. It didn’t feel too obvious about what was going to happen - looking forward to the next book in the series.
Read more
Helpful
Report abuse

Amazon Customer
1.0 out of 5 stars Too much meandering detail
Reviewed in Australia on 20 October 2017
Verified Purchase
Fast moving but simply too mu ch meandering detail though in all probability I will return to read many more of his books when I run out of other more interesting reads.
Read more
Helpful
Report abuse

Paul and Caroline
5.0 out of 5 stars Five Stars
Reviewed in Australia on 23 October 2014
Verified Purchase
I am enjoying reading all of the Ds Roy Grace stories. Each one is detailed, believable, and different.
Read more
Helpful
Report abuse

Sooz
3.0 out of 5 stars Easy Read
Reviewed in the United Kingdom on 3 August 2018
Verified Purchase
Being a bit of a sucker for detective fiction, I found this book an easy read. I had read the first book and enjoyed it. I thought the story line was fairly good but I disliked the use of Americanisms and descriptions of the character's belongings including make and model. Much use of the F word but maybe that's just par for the course these days. I found the female characters rather unrealistic and shallow. The relationship between Cleo and Grace was horribly syrupy, the sex unnecessarily detailed. Branson constantly addressing Grace "Yo Old Timer" really started to grate and the finale was all rather convenient. I'm not sure if I'll read the next one in the series.
Read more
7 people found this helpful
Report abuse

FRRK
2.0 out of 5 stars Not quite
Reviewed in the United Kingdom on 13 May 2020
Verified Purchase
The main story line was OK-ish, albeit a bit worrying. There was however too many chapters of irrelevant side lines, especially about the personal background of the the lead character. I don’t really want to know the intimate details of his sexual encounters with one of his associates. If I want that, I will choose a book in that category- not one classified as a crime thriller.
Read more
5 people found this helpful
Report abuse

Mrs P H Dunn
2.0 out of 5 stars Ugh
Reviewed in the United Kingdom on 17 September 2020
Verified Purchase
This book was recommended to me so I gave it a go with an open mind. Ugh.
Exhaustive detail about absolutely everything - every item in every house, every tree on every street, the history of every area of everywhere Grace went but worst of all was the every detail of every act of sex and violence. I'm not a prude by any stretch but I absolutely agree with my sister who described this book as 'raw meat'. The sex and violence were gratuitous to the extreme. Not my thing. I've got a good imagination and don't need it shoved in my face - less is more when you can imagine things all by yourself. Having said that, I really liked the characters. I think Grace is a superbly realised character, I liked Cleo, I could clearly imagine Tom and Kellie and all the bad guys too, and as the characters of the book are probably the most important bit, I'll give it two stars, just for them.
Read more
2 people found this helpful
Report abuse

Ginger Book Geek
4.0 out of 5 stars Another fantastic book by Peter James
Reviewed in the United Kingdom on 20 February 2016
Verified Purchase
Tom Bryce, company owner, picks up a CD on a train that somebody has left behind. Tom fully intends to hand the CD back to its rightful owner but before he does, he looks at the disc to see what is on there, which proves to be a huge mistake. He witnesses a murder on the CD but he is unsure what to do especially after the perpetrators realise he has the disc and they trace Tom. Tom has the support of his wife and he goes to the police, which has massive consequences for both him and his family.
Detective Superintendent Roy Grace and his team have to establish the identity of the victim, establish the identities of the perpetrators and establish their motives as well as ensure the safety of the Bryce family. The book follows the investigation of this disturbing crime.
This is the second book in the hugely popular Roy Grace series and picks up a matter of months following the events of ‘Dead Simple’. ‘Looking Good Dead’ seamlessly picks up where ‘Dead Simple’ left off.
I really enjoyed this book. The book itself is really well written and structured. The chapters are written in such a way that you just have to read on & on. Peter James is a brilliant author, in that he describes events in such a way that you feel part of the team and as if the events he describes are happening right in front of you.
Again the characters are well written and believable. Roy Grace is a man battling his own demons as his wife is still missing and his life is seemingly on hold until he finds a resolution to the situation. Roy’s best friend & colleague, Glen Branson is dedicated to his work but he is also a married family man. Glen’s wife is getting very upset with how his work takes over his life. It seems as though he has to work on improving on his work-life balance. Peter James writes about strong characters, who also have an air of vulnerability. The villains are shown to be crafty, sinister and downright creepy.
The story starts off at a gentle pace but the drama & level of tension build until a dramatic and terrifying conclusion.
In short I really did enjoy reading this book and would definitely recommend it to others. I can’t wait to read the rest of the books in this fantastic series.
Read more
7 people found this helpful
Report abuse

Sarah H.
5.0 out of 5 stars This is the second book in the series and can easily be read as a stand alone
Reviewed in the United Kingdom on 26 August 2017
Verified Purchase
Eighth book of my holiday reads.

This is the second book in the series and can easily be read as a stand alone.

I loved the theme of the dark web in this book. A poor unsuspecting bloke picking up a CD of which I could never have imagined what he ends up watching. Down to not just handing it in like any good citizen would do, he puts himself and his family under threat.

I love the bit of romance going on in Graces personal life as well as his working relationship with his colleagues that at times brought some much needed relief to this truly gripping read. Another great read and can't wait to read more in the series.
Read more
8 people found this helpful
Report abuse
See all reviews
Back to top
Get to Know Us
Make Money with Us
Let Us Help You
And don't forget:
© 1996-2021, Amazon.com, Inc. or its affiliates