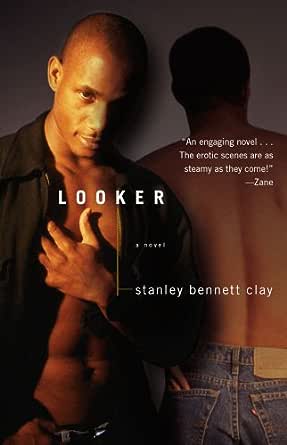 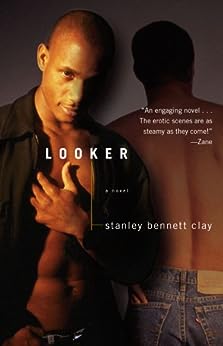 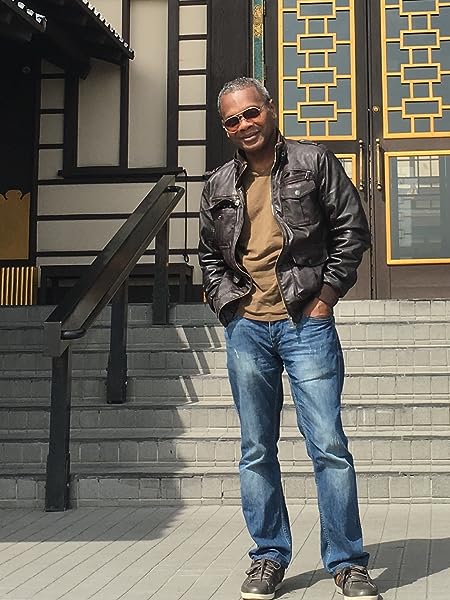 SOMETIMES LOVE IS CLOSER THAN YOU THINK

Brando Haywood is a handsome, popular, and successful entertainment lawyer who seems to have everything but passion. Two years celibate and a prisoner of his routine, he goes through life quietly on the sidelines while his promiscuous best friend, Omar Stevens, thrashes through life and love with all the ups and downs Brando barely realizes he longs for.

Brando's life takes a dramatic turn when he is asked to defend a female friend who has killed her rapist. The sensational and controversial trial that follows not only ignites Brando's fervor for his career but also helps him discover his passion and a true love that had been staring him in the face all along.

R. Blanton
5.0 out of 5 stars The Looker was a sweet surprise!
Reviewed in the United States on 23 May 2011
Verified Purchase
Just finished reading Looker, and what a treat. The last night I was so into it I went ahead and read the last 100 pages in one fail swoop. This is the closest I've felt to hearing E Lynn's Voice in novel form. Part of 3 of the book was a climax after you thought you already experienced the climax. There were many character to follow, but as you got to know everyone it was easy to keep them in line. This book should touch anyone who has ever had a best friend or close friend that you had special feelings for and never shared it. It also is very therapeutic for those who hold everything inside. Life is too short and tomorrow is not promised! Kudos Stanley Bennett Clay!!!
Read more
One person found this helpful
Helpful
Sending feedback...
Thank you for your feedback.
Sorry, we failed to record your vote. Please try again
Report abuse

Edina Rose
4.0 out of 5 stars More than a Love Story, a Story about Love in all its forms
Reviewed in the United States on 28 August 2010
Verified Purchase
This is very good book, very well written. The author has great style. The characters are well developed and believable, Many issues are tackled, but all of them have the same root: love. Love for a friend, a partner, a child, love of life's pleasure. Love of life, period.

All the characters and their stories are related to the two men: Brandon and Omar, two fortes successful black gay men, who have been best friends for more than 20 years. Omar has been in love with Omar forever, while Omar has always protected his heart from feeling too deep because of a broken heart when he was younger. While Omar tries to fill his emptiness with sex with young men, Brandon ended an unfulfilling 10 years relationship and has been celibate for two years.

When one of his friends who killed her rapist ask him to represent him in court, Brandon is thrown back to Criminal law, an area of law he left for entertainment law because it made him feel too deep. Fighting for his friend's freedom will shake the barriers he put around his heart and eventually break them. He will feel and open himself to more feelings.

But his quest will be clumsy at first: He will try to win his ex-lover back, telling him he love him, when he never said the word during their 10 years together. But rather than real love, it is probably a need to love, a need to replay the past with his newfound openness to feelings. His ex-partner is with someone new anyway, so whatever this is, is too late for them to try again.

Then he will try to become more casual about sex and take his pick. But it is not just in him, this casualness.

And finally, he will end where he should have started: in his best friends arms. And there, strangely, instantaneously, he will FEEL love, real love, true love.

Now when I try to analyse Brandon's relationship with Omar, it seems like:

- They had sex together at 18, but while Omar was already in love with Brandon, Brandon's heart was still not ready to feel a big love
- Then a few years later Bradon had sex with Ethan and felt "in love" with him, but it was more worship and infatuation than real love. However, the pain of the break up made him decide to never ever feel so deep again
- Then Bradon found Collier, who loved him and spent ten years with him. But it was not love for Brandon. It was more liking and good sex. There was no sustainable fire, and that is why it ended and could not honestly be rekindled.
-Then Bradon and Omar admitted their love for each other.

My guess is that Brandon has always been in love with Bradon, but he was blinded by Ethan's magnificence, then by his own desire not to feel too deep.

In the book it is hinted that there was always something more than friendship between Omar and Bradon, but all those years they ignored that like the elephant in the room. They both were jealous of the other's boyfriend.

But in spite of this rushed ending, it is a terrific book and I loved it!
Read more
One person found this helpful
Helpful
Sending feedback...
Thank you for your feedback.
Sorry, we failed to record your vote. Please try again
Report abuse

Russell J. Sanders
5.0 out of 5 stars A Keeper
Reviewed in the United States on 3 July 2007
Verified Purchase
Beautifully written, this is a book that should be read by all. The author tells a universal story--one of finding love and knowing it when you do. Along the way, we meet unforgettable characters who jump off the page. And many of the descriptions are lovely. My favorites are "To avoid the pain of love, he did not allow himself to love deeply enough for love to breathe, rise up, and take aim ever again..." and "Jazz poured through the grand portals like a gardenia-scented breeze, whispering tales on the sly." Beautiful prose and engaging characters--who could ask for more? Stanley Bennett Clay is an author who has great talent!
Read more
3 people found this helpful
Helpful
Sending feedback...
Thank you for your feedback.
Sorry, we failed to record your vote. Please try again
Report abuse

903boy
5.0 out of 5 stars Great Read
Reviewed in the United States on 1 January 2014
Verified Purchase
Great book, read it in two days and I am not an avid reader. Oh how I wish a movie version of this could be made!!!
Read more
2 people found this helpful
Helpful
Sending feedback...
Thank you for your feedback.
Sorry, we failed to record your vote. Please try again
Report abuse

LibraLady
4.0 out of 5 stars Not to be shared with my mother!
Reviewed in the United States on 27 November 2012
Verified Purchase
Easy read
Book was a little more damaged than I expected
Took longer than I expected to arrive once shipped
Read more
One person found this helpful
Helpful
Sending feedback...
Thank you for your feedback.
Sorry, we failed to record your vote. Please try again
Report abuse
Load more international reviews

R. A Rippy
5.0 out of 5 stars Looker
Reviewed in the United States on 13 June 2007
Verified Purchase
This is a wonderful story about old loves, lost loves and forgiveness. It is a great read from the beginning to the end. Stanley takes you in several different directions with the characters in this book and each has a interesting story to tell. I loved it from the beginning to the end. In the end true love conquered all! Great story Stanley!
Read more
5 people found this helpful
Helpful
Sending feedback...
Thank you for your feedback.
Sorry, we failed to record your vote. Please try again
Report abuse

Frank Privlidge
4.0 out of 5 stars Loved It!
Reviewed in the United States on 18 May 2011
Verified Purchase
A wonderful read with unexpected twist and turns. Now that E. Lynn Harris has passed, Stanley Bennet Clay has proven to be a nice substitute, but also brilliant in his own right.
Read more
One person found this helpful
Helpful
Sending feedback...
Thank you for your feedback.
Sorry, we failed to record your vote. Please try again
Report abuse

Sydney O. Garth
4.0 out of 5 stars A pleasent suprise
Reviewed in the United States on 18 September 2007
Verified Purchase
I enjoyed reading this book. It was an easy to follow story with a ending that was...shall we say not an excessive suprise but definatly prepared you for a sequil...
Read more
2 people found this helpful
Helpful
Sending feedback...
Thank you for your feedback.
Sorry, we failed to record your vote. Please try again
Report abuse

Forby
2.0 out of 5 stars Just could not follow
Reviewed in the United States on 30 April 2014
Verified Purchase
I got as far as the second part of the book and I had to put it down. i was getting to confused. Too may characters and it was jumping around from one scene to the other. I may pick it up later but not now.
Read more
Helpful
Sending feedback...
Thank you for your feedback.
Sorry, we failed to record your vote. Please try again
Report abuse

Robert L. Fearn
2.0 out of 5 stars The looker what a joke
Reviewed in the United States on 17 March 2010
Verified Purchase
I did not like this book. I didn't care for the main character or
the style that book is written in.
Read more
Helpful
Sending feedback...
Thank you for your feedback.
Sorry, we failed to record your vote. Please try again
Report abuse