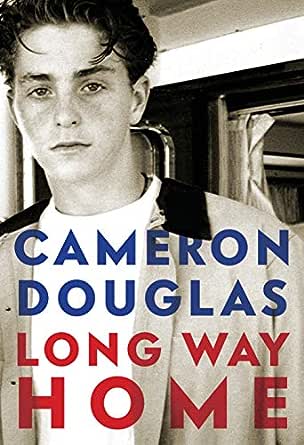 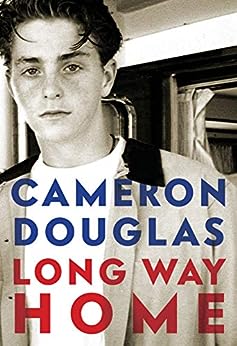 From the scion of Hollywood royalty--son of Michael Douglas, grandson of Kirk Douglas--a moving, often shocking, ultimately inspiring memoir detailing his struggle to regain his dignity, humanity, and place in society after many years of drug abuse and almost eight years in prison.

Cameron Douglas is born into wealth, privilege, and comfort. His parents are glamorous jet-setters, his father a superstar, his mother a beautiful socialite, his grandfather a legend. On the surface, his life seems golden. But by the age of thirty, he has taken a hellish dive: he's become a drug addict, a thief, and--after a DEA drug bust--a convicted drug dealer sentenced to five years in prison, with another five years added to his sentence while incarcerated. Eventually he will spend two years in solitary, where he manages, nonetheless, to hold fast to the brutal ethos of prison survival . . . until: he begins to reverse his savage transformation, to understand the psychological turmoil that has tormented him for years, and to prepare for what will be a profoundly challenging, but eventually deeply satisfying and successful, reentry into society at large.

Sparing no one in his sphere--least of all himself--Cameron Douglas gives us a raw and unstintingly honest recounting of his harrowing, remarkable, and, in the end, inspiring life story.

Cameron Douglas is an actor. He lives in Los Angeles.

MAXIMILLIAN MUHAMMAD
5.0 out of 5 stars this is a tough read
23 October 2019 - Published on Amazon.com
Cameron Douglas is the Grandson of Kirk Douglas and the son of Michael Douglas and yet that wasn't the answer. for all the money, privledge,houses, access,etc.. the drugs and the demons and everything was all there. the kind of book that every parent who has dealt with situations and matters as such, this is a must read.
Read more
48 people found this helpful

Cameron Douglas’s life is very much like this Supertramp song. Cameron, the son of a famous actor, Michael Douglas, and mother, Diandra Douglas, a socialite. Growing up he had the best of everything, and the exclusive schools. His mom and dad divorced when dad could not stop womanizing. He saw the riff between his father and grandfather because Kirk wanted the part in the film, ‘One Flew OverThe Cuckoo’s Nest’, that Michael gave to Jack Nicholson. And, along the way, Cameron felt the need to find out who he was. He drifted toward the teenage crowd who drank, smoked and took drugs, and off he went.

Cameron’s mother talks about the number of rehabs she visited to see Cameron. In and out of rehab, drugs kept their hold. Finally trying to find money for his drugs, Cameron got a gun and would steal from stores, motels, wherever money could be found. Michael sure Cameron would die from the drugs, like his step brother, Eric, withdrew for self preservation. Cameron did not die, he was picked up by the DEA, for dealing, and sentenced to prison for 5 years.

The second part of the book deals with his time in prison. Another 5 years tacked on, two years in solitary, and Cameron hit bottom. It was at this time he became aware he needed to change his life. The years in prison are gruesome, not to be forgotten. Released from prison, he is trying to find his way. A long time girlfriend, a baby girl, Lua, looking for a profession in writing, acting, volunteering. He lunches with his grandfather at times, wrote this book, which, by the way, is very well written. A life to be lived after a harrowing start. A thank you to his step mom, Catherine Zeta Jones, for bringing his father back into his life. Well told, and a fascinating read. A story of drug addiction, finding his way, and lucky to be alive.

gammyjill
5.0 out of 5 stars “Get thee to a therapist...”
28 October 2019 - Published on Amazon.com
Verified Purchase
Cameron Douglas’ gritty memoir, “Long Way Home”. And that referred to most of the major players in Cameron’s story. Cameron, now 41, spent most of his life addicted to drugs and general bad behavior. He spent 6 or so years in various prisons, in his 30’s, finally coming to terms with his crimes and the effect on others, particularly his immediate family.

Cameron is the son of Michael Douglas and the grandson of Kirk Douglas. That’s a lot of acting legend to live up to, and for Cameron, life was difficult from the beginning. His mother, a 20 year old socialite named Diandra Luker, was not ready for motherhood, or marriage, either. Michael Douglas was not ready, either, for the responsibility of fatherhood, and he had his own ongoing problems with drugs and drink. Cameron bounced between the two as their marriage disintegrated, basically being allowed to do what he wanted and who he wanted to do it with. Where was the responsible parent in Cameron’s life? Non-existent, it seems. He should have been in therapy from an early age, with someone to help him navigate the complexities of life without decent parenting.

The years passed and Cameron continued to live recklessly, often high on drugs. He became a dealer and traveled the world, building a career as a DJ...and a drug dealer. Every so often, his parents would swoop in and rescue Cameron with monetary help. Eventually, he wound up in prison and one of the most interesting parts of the book involve his jail experiences. He also finally kicked his drug habit and left prison a changed man. Will he keep up his newly clean life? He now has a partner and daughter and a renewed acting career. He’s also in therapy.

Will Cameron Douglas remain on the straight and narrow? Living without drugs is certainly hard for an addict. I sure hope he’s able to continue his recovery. He shows awareness of his life and has written an interesting account which spread the blame among those who should be blamed. But he does accept his own part in his own story.
Read more
19 people found this helpful

Eileen L.
5.0 out of 5 stars Surprisingly Amazing Read
25 October 2019 - Published on Amazon.com
Verified Purchase
This book truly surpassed my expectations. This introspective depth of Cameron who I found extremely likeable. Not to mention , a serious overview of the prison system. I think what Cameron accomplished, in both mentally surviving prison, as well as turning his life incredibly around, is nothing short of heroic. This book can do a lot of good. A must read that I am very glad that I read. He'll do great things.
Read more
18 people found this helpful

hootymiami
2.0 out of 5 stars Very boring
4 November 2019 - Published on Amazon.com
Verified Purchase
I was really looking forward to this book although I don't often read bios or autobios. So, after hearing all they hype (and I have always loved MIchael Douglas), I purchased the book. Unfortunately, it was very poorly written, scattered and, I hate to say this, the usual story of a young man whose life was out of control and all the reasons why. While he has my sympathy, I guess I'm just a little weary of the stories of privileged youth plundered. I haven't finished and perhaps I will at some point but for now, it's not for me.
Read more
11 people found this helpful
Go to Amazon.com to see all 124 reviews 4.5 out of 5 stars
Get FREE delivery with Amazon Prime
Prime members enjoy FREE Delivery and exclusive access to movies, TV shows, music, Kindle e-books, Twitch Prime, and more.
> Get Started
Back to top
Get to Know Us
Make Money with Us
Let Us Help You
And don't forget:
© 1996-2020, Amazon.com, Inc. or its affiliates