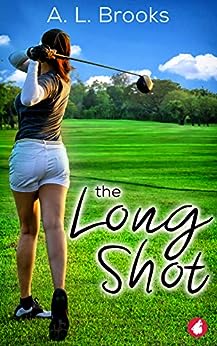 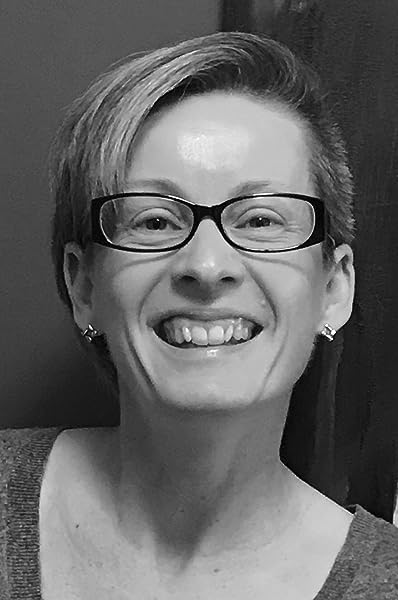 A. L. Brooks was born in the UK but currently resides in Frankfurt, Germany, and over the years she has lived in places as far afield as Aberdeen and Australia. She works 9-5 in corporate financial systems and her dream is to take early retirement. Like, tomorrow, please. She loves her gym membership, and is very grateful for it as she also loves dark chocolate. She enjoys drinking good wine and craft beer, trying out new recipes to cook, and learning German. Traveling around the world and reading lots and lots (and lots) of books are also things that fight for time with her writing. Yep, she really needs that early retirement.

4.6 out of 5 stars
4.6 out of 5
54 global ratings
How are ratings calculated?
To calculate the overall star rating and percentage breakdown by star, we don’t use a simple average. Instead, our system considers things like how recent a review is and if the reviewer bought the item on Amazon. It also analyses reviews to verify trustworthiness.

The Reading Room
5.0 out of 5 stars A top-drawer age-gap romance.
Reviewed in the United Kingdom on 19 October 2019
Verified Purchase
Great story with strong characters that actually thought and behaved like mature women – 5 Stars

For me, one of life’s pleasures is discovering a Lesfic novel, and before I’m even half-way through, knowing I want to read more by the same author. That certainly applied to ‘The Long Shot’. The story drew me in from the very beginning, and although part of me wanted to savour it, I found I just kept turning the pages.

Telling the story of top women’s golfer, Morgan, and documentary maker, Adrienne, this age-gap romance works on so many levels. Although golf is one of the few sports I’ve never played, I found myself eagerly following Morgan’s progress, and willing her to achieve the accolade of winning an Open. The romantic interest was also a constant throughout the story, and the way in which the two elements blended together was seamless. What really makes this work though is that both the main characters reacted to their blossoming relationship in an entirely believable manner. No temper tantrums, sulking, or crocodile tears in this book! Refreshingly, this is an age-gap romance that depicts realistic relationship concerns, and resolves them in an equally realistic manner.
Read more
Report abuse

Kindle Customer
4.0 out of 5 stars .
Reviewed in the United Kingdom on 5 October 2020
Verified Purchase
This was a nice read. I have to say I dislike golf a lot (well I dislike most sports but golf is just such a waste of space) so it was a little hard at times to follow along but I did enjoy the romance. The main characters were very cute and had good chemistry and made reading about golf worth it.
Read more
Report abuse

Andrew Mcintyre
5.0 out of 5 stars Good slow read.
Reviewed in Canada on 5 September 2020
Verified Purchase
I enjoy a good slow burn romance and this definitely was that. Was a well written book with a good cast of characters and a hea.
Read more
Report abuse

Chin Ming
5.0 out of 5 stars A beautiful slow burn
Reviewed in the United States on 19 November 2019
Verified Purchase
I know nothing about Golf I just read the description and knew I had to read this book and it didn't disappoint. It's a slow but worthy build both MC have been hurt and had lost trust in people which was understandable but together they lit a flame amongst themselves and despite the deck stacked against them they couldn't refute it. The book is a lovely well edited read and I absolutely recommend it

However, I have a few questions dear Author - Did Gordy ever change and realize how amazing Morgan is? Did Morgan go on to win more majors? What the hell happened with Naomi and Cindy 🤔 and did Adrienne and Morgan get married? In this case I wouldve loved an epilogue. Nonetheless great body of work
Read more
Report abuse
See all reviews
Back to top
Get to Know Us
Make Money with Us
Let Us Help You
And don't forget:
© 1996-2021, Amazon.com, Inc. or its affiliates