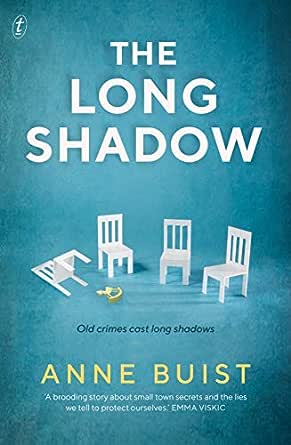 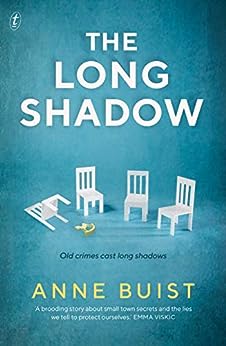 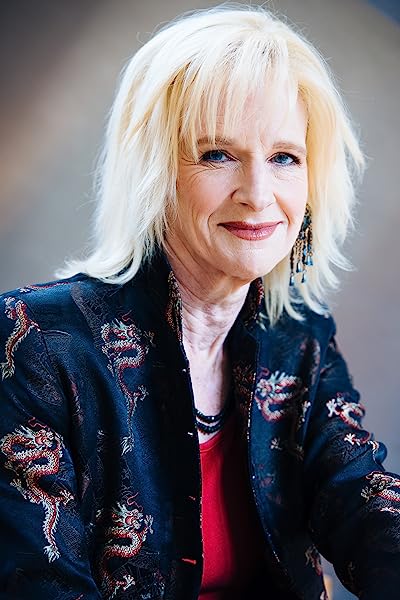 "A harrowing and thrilling read, this mystery will keep you on the edge of your seat."--Buzzfeed, Best Australian Books Of 2015 (on Medea's Curse)

"[A] well-informed, fast-paced look at the dangers in the child welfare system." Kirkus (on This I Would Kill For)

"In The Long Shadow, Buist continues to impress with her smart brand of psychological thriller. A brooding story about small town secrets and the lies we tell to protect ourselves."--Emma Viskic, author of Resurrection Bay

"The denouement is thrilling... worth the wait."--Sydney Morning Herald --This text refers to the paperback edition.

Anne Buist is the Chair of Women's Mental Health at the University of Melbourne. She has thirty years' experience in perinatal psychiatry, and works with the legal system in cases of abuse, kidnapping, infanticide and murder. Her Natalie King- Forensic Psychologist series of thrillers is published by Text. --This text refers to the paperback edition.

Psychologist Isabel Harris must figure who has a troubled mind-and who has trouble on their mind-in this new standalone psychological thriller from Anne Buist. --This text refers to the paperback edition.
Read more

Erina Reddan
5.0 out of 5 stars Fabulous, smart, a page turner.
Reviewed in Australia on 6 May 2020
I loved this book. From page one I was in. It's set in a tight knit rural community in the outback where dark secrets lurk. The characters are rich and complex and the relationships between them subtle and revealing. I particularly loved that you meet people you don't expect to meet in the bush but they feel completely authentic. I loved the twists and turns of the plot and that the main character, Izzy, is always one step ahead of the reader and that the ending is both satisfying and unexpected. Loved all the stuff around mothers and babies and the psychological insights into becoming a mother. Took me back to when I was first a mother. It's a great read that draws you in and keeps you guessing. I read it in a couple of days and I'm still thinking about it.
Read more
2 people found this helpful
Helpful
Comment Report abuse

Kylie D
TOP 50 REVIEWER
4.0 out of 5 stars An Absorbing Look Into Small Town Secrets
Reviewed in Australia on 7 June 2020
When Isabel and Dean Harris move to Riley for Dean's work, Isabel gets the feeling the town doesn't want them there. Dean is investigating the finances of the local hospital, and the viability of keeping it open. With jobs in the balance, the local's livelihoods are being threatened, and they soon let their anger at the situation shine through.

Psychologist Issy, with toddler Noah in tow, starts up a woman's group for new mothers, and soon finds it's not just the hospital situation that's causing a simmering tension in the town. Someone has sent an anonymous letter to the police that a baby killer is going to strike soon. And it's not the first time they have killed...

With intriguing, yet mostly unlikeable characters, and a plot driven with local tensions, I found The Long Shadow to be a mostly absorbing read. I did find it bogged down a bit during the group therapy sessions, but soon picked up as it wound up all the threads in an excellent ending. A worthwhile read for all lovers of psychological dramas and small town secrets.

My thanks to Text Publishing for an uncorrected copy to read and review. The opinions are entirely my own.
Read more
Helpful
Comment Report abuse

Marlin
TOP 500 REVIEWER
5.0 out of 5 stars Kept me enthralled
Reviewed in Australia on 21 June 2020
I loved this book, kept me enthralled all weekend. Set in the small fiction Australian town of Riley, this an Australian thriller that kept me guessing right to the end in an ‘ohhhhhhh’ moment, right before the truth is revealed.
With the mystery of a baby kidnapping that happened 20 years ago at it’s heart, it is set firmly in the present day when Dean is transferred to Riley to investigate the local hospital and arrives with his wife Issy and young son Noah. Issy is a psychologist and she agrees to take a new mothers therapy group, to keep up her skills.
At first I felt there where a number of characters to get my head around, ie the five women of the therapy group and their family members. It did help that there was a list at the front of the book of all the characters. The chapters were short and I think it also helped and I got addicted to saying....just one more chapter.
I enjoyed the character development, some where developed more than others but that was pertinent to the story.
Really enjoyed this and it had a satisfying conclusion. Thank you to the publisher for a copy to read
Read more
Helpful
Comment Report abuse

Kjane
TOP 500 REVIEWER
4.0 out of 5 stars Australian noir!
Reviewed in Australia on 28 June 2020
Australia is developing a real 'rural noir' genre and this sits with them. Issy (Isabel) Harris is a psychologist who finds herself uprooted from Melbourne while her husband Dean investigates the viability of a small town hospital in regional New South Wales.
When a local GP hears of Issy's qualifications he arranges for her to run a therapy group for some new mothers in the area that he feels could use some psychological support. Issy herself is the mother of a toddler and dealing with her own anxiety problems.
It soon becomes apparent that Issy and Dean are very unwelcome and small threats and disturbances start to cause Issy some alarm. Is it personal against her or her husband who is seen as a threat to the community hospital?
I found this hard to put down. My only beef is around the easy access people seemed to get to medical records (working in this department myself) which I know is not the case.
Thank you Text Publishing for the paperback that I won, I am happy to recommend this as a 'good one'!
Read more
Helpful
Comment Report abuse
See all reviews from Australia
Get FREE delivery with Amazon Prime
Prime members enjoy FREE Delivery and exclusive access to movies, TV shows, music, Kindle e-books, Twitch Prime, and more.
> Get Started
Back to top
Get to Know Us
Make Money with Us
Let Us Help You
And don't forget:
© 1996-2020, Amazon.com, Inc. or its affiliates