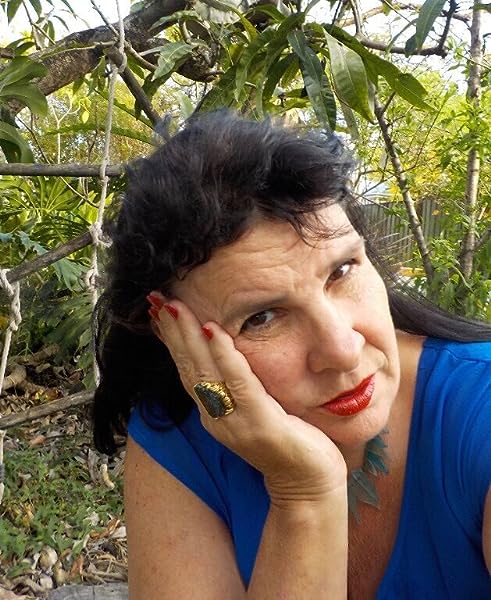 by Mandy Partridge (Author)
4.1 out of 5 stars 20 ratings
See all formats and editions
Sorry, there was a problem loading this page. Try again.

Save on selected Bestselling Big Idea books.
View our curated selection of books. Click to explore.
Start reading Long Pork on your Kindle in under a minute.

Colin F. Pain
2.0 out of 5 stars A good story but the geography is all wrong
Reviewed in Australia on 27 February 2021
Verified Purchase
The setting is in the Indonesian province of Papua and in Papua New Guinea. I enjoyed the story, but I kept on mumbling to myself about the distances travelled and the means of transport. For example, one of the characters is said to walk from Kopiago in PNG to Tabulbil and then on to Papua to Timika near the Grasberg copper mine. This would take several weeks, but the reader is not told this. And Tubulbil is the closest settlement to another major copper mine, but this is not mentioned although it would have been of passing interest to the story The same goes for many of the walks various characters undertake - the reader is left with the impression that most are a day or two, but given the terrain this cannot be right. Another example is a boat trip from Port Moresby to New Britain - this takes only a day in the book but would certainly take longer in real like. But the thing that had me mumbling most was towards the end of the book when the main characters cross the border into PNG and are met by vehicles and driven to Telefomin. But there are no roads in that area. The distance is said to be 40 km by road but the straight-line distance from Telefomin to the border is about 70 km and even if there were a road it would be much longer. And then they drive to Port Moresby in a long day. Suffice it to say that Port Moresby is not connected by road to the rest of the country so such a drive is impossible. All of these things could have been checked using Google Earth, which shows roads, even though some of them are optimistic to say the least.
And how do I know all this? I lived in PNG for 10 years and travelled to some of the places mentioned. Some of this travel was by road, but most was by air and by walking. So although the story is good and the plot OK, its telling leaves a lot to be desired if you want an authentic geographic setting.
Read more
Helpful
Report abuse
See all reviews

Kindle Customer
5.0 out of 5 stars Frightfully Realistic, Informative and Exciting!
Reviewed in the United States on 10 February 2021
Verified Purchase
To write a novel so realistic in the full range of human actions and emotions can only come from deep research and experience of a masterful journalist! Action Packed from start to finish, the tale takes readers through hardcore challenges of compassion and the horrors of war.
Read more
Report abuse

G. Kreger
4.0 out of 5 stars Better than the title implies
Reviewed in the United States on 8 February 2021
Verified Purchase
I almost didn't download this book because of the title. Don't let it stop you this is an interesting read about freedom fighting in an area I knew nothing about. I enjoyed the different character chapters
Read more
Report abuse

Cris Riley
5.0 out of 5 stars Freedom Fighter!!
Reviewed in the United States on 8 February 2021
Verified Purchase
I could not put this book down. The fact that the Indonesian government committed this atrocity to these people I find very unforgivable. It’s hard to believe that this is happening in this day and age and I only hope that someday these people may be repatriated to their country.
Read more
Report abuse

Ruth
5.0 out of 5 stars Very interesting!
Reviewed in the United States on 10 February 2021
Verified Purchase
I learned so much about a place I had only seen in national geographic. Will look for more of this genre!
Read more
Report abuse
See all reviews
Back to top
Get to Know Us
Make Money with Us
Let Us Help You
And don't forget:
© 1996-2021, Amazon.com, Inc. or its affiliates