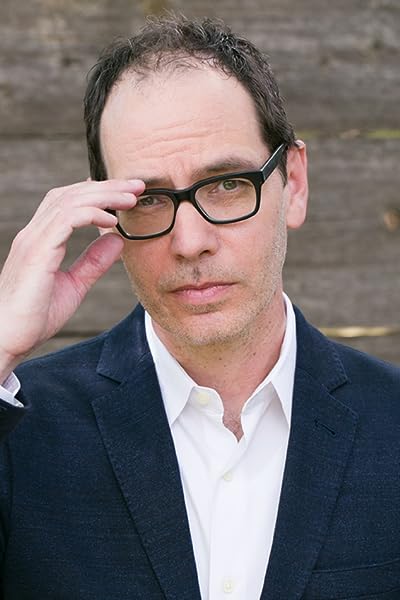 Page 1 of 1 Start overPage 1 of 1
Previous page
Next page
Start reading The Long and Faraway Gone: A Novel on your Kindle in under a minute.

4.3 out of 5 stars
4.3 out of 5
769 global ratings
How are ratings calculated?
To calculate the overall star rating and percentage breakdown by star, we don’t use a simple average. Instead, our system considers things like how recent a review is and if the reviewer bought the item on Amazon. It also analyses reviews to verify trustworthiness.

I was eager to read his newly released third book, The Long and Faraway Gone .

Summer of 1968. Oklahoma City. Six employees of a small movie theatre are brutally executed. Inexplicably, the seventh staff member is spared. That same summer, a teenage girl disappears from the state fair - her body is never found.

Twenty five years later, Genevieve's sister Julianna is still pursuing the case and looking for her sister on her own. The lone survivor of the movie theatre killings is now a private investigator who has renamed himself Wyatt.

Initially, it was the mysteries in the The Long and Faraway Gone that intrigued me - why was Wyatt spared? Did Genevieve leave town on her own or was she taken? Yes, those questions are the basis of Berney's plot, but it is the exploration of the past and the search for those answers that was the standout for this reader.

I mentioned that the characters and dialogue captured me in a previous book of Berneys. The same is true in The Long and Faraway Gone. From the opening pages, I was drawn in to Berney's story. His prose are easy,engaging and definitely entertaining. Berney has a quirky sense of humour, but is just as adept in bringing the poignant moments to the page as well. Loss on many levels for almost every character is a theme running throughout the book. There are many supporting characters that were fully fleshed out. I really enjoyed Candace - a woman who inherits a bar in Oklahoma City that ties into the past as well. I almost wish I knew what life held for her 'after'.

Berney himself lives and works in Oklahoma City. His first hand knowledge shows in the descriptions of time and place.

The final whodunit reveals are really good, but the journey there is even better. I'll be watching for Berney's next book. (and one last note - I really liked this cover.)
Read more
One person found this helpful
Helpful
Report abuse
See all reviews

Siltone
5.0 out of 5 stars Believe the hype - this is tremendous!
Reviewed in the United Kingdom on 31 March 2020
Verified Purchase
I loved the time I spent with this book. It had everything I look for in this type of crime novel: an unpredictable, twisting plot, memorable characters who were skilfully fleshed out, and plenty of humour. There were also many quotable one-liners woven throughout this wonderfully constructed tale. I particularly liked the way the author focuses on two main characters, Wyatt and Julianna. The only connection between them is that they are both originally from Oklahoma City. Wyatt presently lives in Las Vegas, where he works as a private detective. Julianna is a nurse, who has lived in Oklahoma City all her life. Twenty-five years earlier, as a teenager, Wyatt was caught up in a tragedy where six movie theatre employees were brutally murdered by masked robbers. During that same year Julianna's sister, Genevieve mysteriously went missing whilst on a night out at a fairground.

Lou Berney does a superb job of bringing Wyatt and Julianna to life. They became characters who I soon started to care about, people whose lives had been battered and scarred by their experiences, and I wanted them to succeed in their individual quests to seek some kind of resolution to the traumatic events in their earlier lives. It's also worth mentioning that there are a number of interesting, sometimes eclectic peripheral characters in this story who, dip in and out of the narrative, but each have their role to play in this cracking story. This is written by a relatively young author who is at the top of his game. Don't hesitate, get your hands on a copy ASAP. I've already placed my orders for Gutshot Straight, and the sequel, Whiplash River......

TOP TIP: If you don't like to read Kindle books, and you're on a tight budget, consider purchasing some of your novels second-hand from the independent booksellers on Amazon. I purchased this book in 'very good condition' for less than half the RRP (inc. p&p). It arrived a week later direct from the USA, and it turned out to be a signed copy in almost perfect condition!
Read more
4 people found this helpful
Report abuse

Graham
5.0 out of 5 stars Got to love this!
Reviewed in the United Kingdom on 21 May 2020
Verified Purchase
What is it about this generation of American writers? There seems to be a limitless conveyor belt of talent at the moment, producing work of excellent quality and persuading me to dive into their back catalogue at the earliest possible opportunity. My tbr list is constantly being shuffled to make room for them.

Lou Berney is the latest queue jumper to make me sit up and go green with envy. His wonderful novel 'November Road' a few months ago sent me straight to Amazon to order his previous books. That can sometimes be a bit of a gamble because early novels in an author's portfolio don't always have the polish and self assurance of those that follow, but 'The Long and Faraway Gone' certainly bucks that trend. I know it's an easy thing for reviewers to trot out but if I didn't find this book impossible to put down and didn't really stay up all night to read it in one sitting, I certainly found myself trying to wring enough time from a busy schedule to squeeze in another chapter.

I shan't rehash the plot here because there are plenty of places a reader can find that sort of guide. What I will say is that, for all that one of its strands feels a little rushed in its resolution, it is multi-layered and masterfully controlled. The characters are so real you take them away with you every time you put the book down, and the dialogue is pitch perfect. I loved the humour in it, not just because it made me laugh out loud on occasions but principally because it was subtle - no finger pointing, 'here comes the punchline', just lovely, witty throwaway remarks and one-liners.

I still have 'Gutshot Straight' to read and will look forward to that with an even greater sense of anticipation. Definitely recommend this to anyone who loves quality writing and an intriguing mystery!
Read more
Report abuse

DjW
2.0 out of 5 stars Wait? What?
Reviewed in the United Kingdom on 2 December 2020
Verified Purchase
Excellent book for the first 400 pages. Very compelling, with some strong characters that you really invest in.
Then... (**Spoiler Alert**)
Oh dear. The last 40 pages tie everything up neatly, with just a few pages devoted to each loose end. And in no direction that you would expect. The premise for both the conclusions are a suddenly remembered phrase, followed by a quick google of the person involved, then an almost instant confession of guilt, completely volunteered.
Did the author just realise he had only 40 pages left, and hadn't thought of the end?
I have to say it was so tame, weak and disappointing in the last 10%, particularly as the first 90% was so good.
Read more
One person found this helpful
Report abuse

Kaffmatt
4.0 out of 5 stars Recommended- A True Literary Novel
Reviewed in the United Kingdom on 29 May 2020
Verified Purchase
Really enjoyed this book. A talented writer who conjures up atmosphere without having to resort to violence or sexual content.
There are tentative connections between the two main characters, otherwise they both have their own ‘mysteries’ to solve around individual catastrophes that occurred 26 years previously.
Wyatt is a private investigator, returning to his home town of Oklahoma City, to investigate a harassment case. 26 years ago he was the only survivor of a theatre massacre there, when he was 15. He has been plagued with thoughts of why he survived and takes the opportunity to look into this matter and put his mind to rest.
Julianna was 12 when her beloved sister, Genevieve, disappeared without trace from a fairground in the City. Julianna has spent the last 26 years searching for her sister or for information that may locate her.
This is a literary novel- don’t expect thrills or excitement- relax with the well written puzzle of the storyline and the dark humour of the characters. Ultimately, readers will be drawn into wondering if Wyatt and Julianna can find closure on their pasts.
Read more
Report abuse

Eddie Smyth. Author of The Revenge of the Stoned Rats: The novel previously known as 'The Prince'
3.0 out of 5 stars Let down by its ending(s).
Reviewed in the United Kingdom on 6 January 2021
Verified Purchase
I read a few ‘Literary Crime Fiction ‘novels lately, and enjoyed them, so when I saw The Long and Faraway Gone somewhere billed as the same, I decided to give it a go. From the off. though, even if it certainly wasn’t badly written, I didn’t consider it as literary, maybe fitting more into a mystery/thriller sort of category, if you want to affix a label to it. But still, all in all, I stuck with it and, whatever about tastes, found it to be an interesting, fast-paced, and sometimes even engrossing read, with an unusual set-up: two separate stories, sharing the same space and time that I expected at some stage to intertwine. Although apart from casting eyes at each other on a couple of occasions, they, surprisingly, never did.
So, not so bad a find then, but the finish, to both stories! Ridiculous, incredible, unbelievable, absurd… or whatever you’re having yourself! Characters suddenly appearing who we had previously known little or nothing about! Our intrepid investigators inexplicably glimpsing lights that they should have been dazzled with 400 pages earlier! Full and frank confessions then being made by hitherto invisible miscreants, and under little or no duress!
My understanding of a literary novel is that the plot is secondary to the quality of the writing, but if it wasn’t that, and if the plot really mattered, The Long and Faraway Gone was grievously let down by its ending(s).
Read more
Report abuse
See all reviews
Back to top
Get to Know Us
Make Money with Us
Let Us Help You
And don't forget:
© 1996-2021, Amazon.com, Inc. or its affiliates